Improving Energy Use and Access in the U.S. and Abroad

The Irving Institute, along with other funders, is supporting student research. 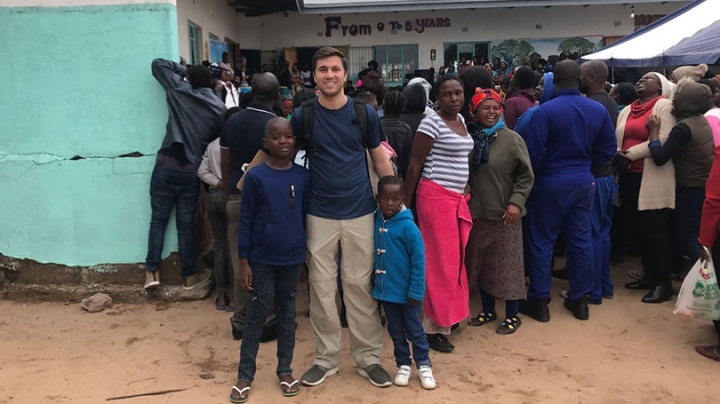 Jordan Swett ’19 used funding from Dartmouth, including from the Irving Institute for Energy and Society, to interview South Africans about access to clean water. (Photo courtesy of Jordan Swett ’19)
3/26/2019
Body

Zachary Berzolla, Thayer ’19, believes energy-efficient modular homes should be cheaper to build—and to buy. Berzolla, a Middlebury College graduate who will earn his bachelor’s of engineering this year, has been using a grant from the Arthur L. Irving Institute for Energy and Society to help a modular housing manufacturer in Wilder, Vt., create a manual that will help similar companies find efficiencies in their construction processes.

Across the globe, in a South African village—also with help from the Irving Institute and several other College funders—Jordan Swett ’19 has been studying how high electricity costs are affecting citizens’ daily lives.

Irving Institute director Elizabeth Wilson says Berzolla and Swett are using the institute’s first round of student mini-grants—up to $1,000 per project—to help bring about measurable, positive change in the way energy is produced and consumed in two very different communities.

Berzolla is interested in green architecture and construction—specifically, how buildings “can be part of the power grid, not only by drawing electricity, but also as active participants in supporting the grid’s transition to 100 percent renewables.”

At the National Renewable Energy Lab in Colorado, dedicated to research and deployment of renewable energy technologies, Berzolla worked to promote the building of energy-efficient schools across the country. “The No. 1 obstacle was cost,” he says. And one way to reduce cost is modular construction, because factory-made homes can be pre-fabricated with minimal human labor and assembled fairly quickly on a site. 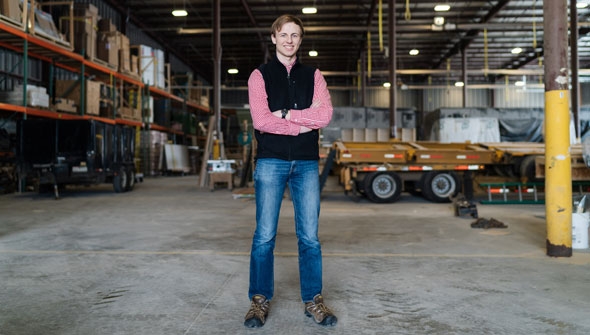 Zachary Berzolla, Thayer ’19, used a grant from the Irving Institute for Energy and Society to document production efficiencies a modular housing manufacturer in Wilder, Vt.

“I started working with Efficiency Vermont consultants and the Vermont Manufacturing Extension Center to  learn how Vermod has been making their construction process more efficient, so they can pass those savings on to customers,” says Berzolla. For the past year, he’s been documenting those efficiencies by creating a manual and 3-D models other companies can use.

“This project is about energy, yes, but really it’s about people,” says Berzolla. “These homes offer a healthy, bright environment for their occupants, and the more affordable they are, the more people will buy them.”

“I knew that there were a lot of problems with water and sanitation in parts of South Africa, so I worked on the topic for six weeks,” says Swett. “Everywhere I went I interviewed people, and I found out that many villagers do not have reliable access to clean water—not even from public taps.”

During these conversations about water and sanitation, Swett also learned that electricity is expensive.“That made me want to focus on the feasibility of solar energy,” he says. With funding from the Environmental Studies Program’s Paulson Fellowship for Foreign Study, the Nelson A. Rockefeller Center for Public Policy, the Andrew W. Mellon Foundation, the Leslie Center for the Humanities, and a Raynolds International Expedition grant, Swett made two more trips to the region, deepening and broadening his research. With his Irving Institute grant, he expanded his knowledge about energy-distribution systems by attending two major energy conferences in Houston.

“The big ‘aha’ for me was to realize that when we talk about energy, we are always talking about a lot of other issues, as well,” says Swett. In rural South Africa, for example, he sees lack of education about electricity as a fundamental barrier to developing solar systems. “Most citizens in Bushbickridge are unaware of solar power’s existence and the ways it can make electricity access safer and cheaper,” he says. “The electric infrastructure is there, but people cannot access resources to utilize it.” Swett’s senior thesis focuses on the viability of installing solar power in rural areas of South Africa.

Berzolla and Swett met only recently, when they presented their projects at an Irving Institute event and discovered that their interests in access to energy and other resources overlapped.

“In the future,” Swett says, “Irving will have its own building where people like Zach and I will meet much earlier in our research processes, and perhaps learn a lot from each other.”

After graduation, Swett will work in New York City for the U.S. subsidiary of Mizuho, a large Japanese bank, helping companies finance energy-infrastructure development. Berzolla will begin pursuing a PhD to study how building construction can support the transition to renewable energy.

In the meantime, Swett has been working this year with the Irving Institute to create an undergraduate energy club.

The deadline to apply for the next round of Irving Institute mini-grant applications is May 1.