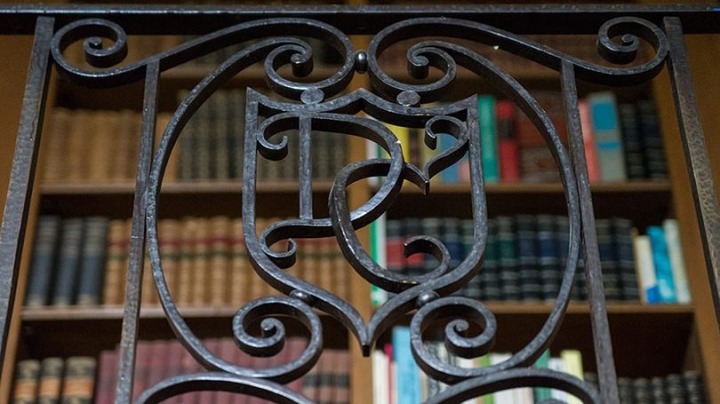 Lisa Baldez, professor of government and of Latin American, Latino, and Caribbean Studies, will receive the 2019 Outstanding Professional Achievement Award by the Women’s Caucus of the Midwest Political Science Association. “The award recognizes a senior woman in the discipline who has made a substantial contribution to the scholarship of political science (not necessarily in the field of women and politics), who has made significant contributions to the profession and its associations, who has actively mentored women at her own institution or elsewhere, and who serves as a positive role model for women in the profession,” says the association.

Luke Chang, assistant professor of psychological and brain sciences, has received a 2019 Janet Taylor Spence Award for Transformative Early Career Contributions from the Association for Psychological Science. The award recognizes “new and cutting-edge ideas coming out of the most creative and promising investigators who embody the future of psychological science.” The research was conducted through his Computational Social Affective Neuroscience Laboratory, which supports work to understand the computational processes underlying social interactions.

The Dartmouth Alumni Magazine is a co-winner of the 2018 Folio Eddie and Ozzie Awards for best website design. The magazine also won two honorable mentions in the contest.

Matthew Garcia, professor of history and Latin American, Latino, and Caribbean Studies, has won an American Council of Learned Societies fellowship for his project, Eli and the Octopus:  The Man Who Failed to Tame United Fruit Company. The fellowship, for $70,000, supports Garcia’s research into the life of Eli Black, the first and last chief executive officer of United Brands, including United Fruit Company. “This book project, now under contract with Harvard University Press, anticipates the trend towards socially conscious capitalism today, and provides insight into how we arrived at the transnational food system governed by free trade agreements that now defines how and what we eat,” says Garcia in his proposal to the council.

Associate Professor of History Udi Greenberg received the 2018 Chester Penn Higby Prize for his article “Protestants, Decolonization, and European Integration, 1885-1961” in the June 2017 edition of The Journal of Modern History. In the award citation, the Higby Prize Committee writes, “In this article, Udi Greenberg constructs a compelling analytical narrative at the intersection of several fields—the history of decolonization, of religion, and of European integration.” The Higby Prize is awarded every other year by the American Historical Association for the best article appearing in The Journal of Modern History during the preceding two-year period.

Assistant Professors of Chemistry Chenfeng Ke and Katherine Mirica are among the 24 recipients of 2019 Cottrell Scholar Awards from Research Corporation for Science Advancement (RCSA). “These awards provide $100,000 to each recipient identified as a leader in integrating science teaching and research at a top U.S. research university or a primarily undergraduate institution,” RCSA writes in its announcement. “Just to put things in perspective, only 12 chemists are chosen a year,” says Associate Professor of Chemistry Ivan Aprahamian.

Deborah Hogan, a professor of microbiology and immunology at the Geisel School of Medicine, has been named a 2019 Fellow of the American Academy of Microbiology. Fellows of the AAM, a leadership group within the American Society for Microbiology, are elected each year through a highly selective, peer-review process—based on their records of scientific achievement and original contributions advancing the field of microbiology. Specific election qualifiers include: scientific excellence, originality, leadership, high ethical standards, and scholarly and creative achievement, according to the AAM website.

The National Academy of Inventors (NAI) has announced that Keith Paulsen, the Robert A. Pritzker Professor of Biomedical Engineering, has been elected to the inaugural class of NAI senior members.

Assistant Professor of Sociology Kimberly Rogers has been selected as a member of the Eastern Regional Campus Compact Engaged Scholar Initiative by the Eastern Region Campus Compact, a partnership of Compacts serving campuses from Maine to Washington, D.C. The group’s website says, “The Engaged Scholars Initiative seeks to develop, support and connect leaders who can advance co-created knowledge, critically engaged pedagogies, institutional change, and collaborative action to address societal issues. Scholars were selected from a highly competitive pool of nominated candidates from the eastern region. Scholars were nominated by college and university presidents and chief academic officers. The 2019-2020 scholars represent 11 institutions from 7 states and D.C., and a variety of roles on their campus connected to civic and community engagement.”