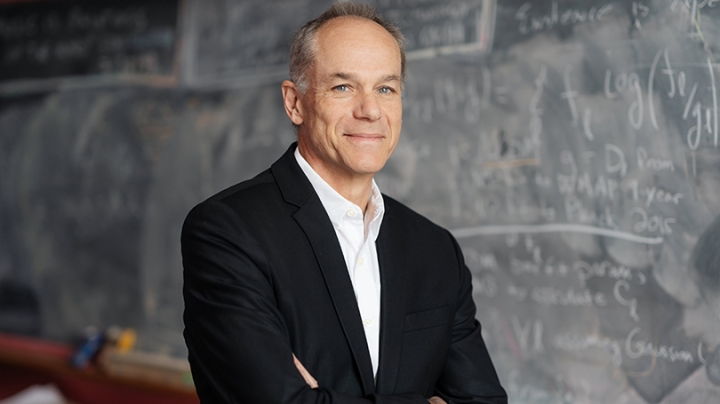 Marcelo Gleiser, the Appleton Professor of Natural Philosophy and a professor of physics and astronomy, is the 2019 winner of the Templeton Prize.

Gleiser joins an eminent roster of 48 past awardees, including Mother Teresa, Archbishop Desmond Tutu, and the Dalai Lama. The prize carries a monetary award of 1.1 million British pounds, or about $1.4 million.

Established in 1972 by the late investor and philanthropist Sir John Templeton, the prize serves, according to the Templeton Prize website, “as a philanthropic catalyst for discoveries relating to the deepest and most perplexing questions facing humankind.”

“Professor Gleiser embodies the values that inspired my grandfather to establish the Templeton Prize and to create the John Templeton Foundation,” says Heather Templeton Dill, president of the foundation. “Two values which were especially important for him, and the focus of various foundation grants, are the pursuit of joy in all aspects of life and the profound human experience of awe.”

In her announcement today, Dill quoted a line from Gleiser’s book The Island of Knowledge: “Awe is the bridge between our past and present, taking us forward into the future as we keep on searching.”

“This is an extraordinary first for Dartmouth, and we could not be prouder of Marcelo, whose work goes to the heart of humanity’s place in the cosmos and explores the biggest questions about our existence,” says President Philip J. Hanlon ’77. “This award acknowledges his place among the scientists, theologians, writers, and others who have transformed the way we view the world.”

When Dill called Gleiser to tell him he had won the award, he could hardly believe it. “I put down the phone and I thought, ‘Did I hallucinate all this? Is it really happening?’”

The recognition is well deserved, says Evan Thompson, a professor of philosophy at the University of British Columbia. Endorsing Gleiser for the award, Evans praised him for “bringing together people from different cultures and religious backgrounds into a global conversation on the importance of going beyond old stereotypes to celebrate the human condition and our role as planetary custodians.” 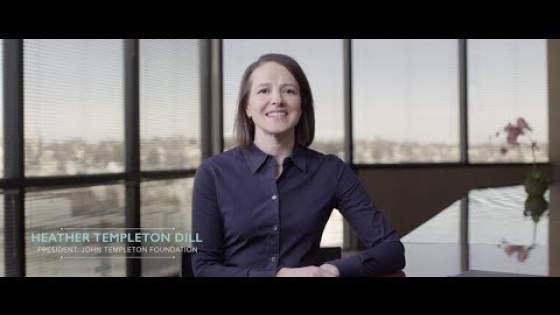 In 1994, he co-discovered oscillons—long-lived small energy lumps made of many particles—and he continues to study their remarkable properties. Recently, he has turned his attention to the origin of life on Earth, becoming an influential voice in the growing astrobiology community.

In addition to doing groundbreaking academic research, Gleiser writes for the general public about scientific ideas and discoveries, with, to date, five books in English and nine in Portuguese. In 2009, he and fellow astrophysicist Adam Frank co-founded the popular NPR blog 13.7: Cosmos and Culture, which was recreated in 2018 as 13.8 for Orbitermag.com. Gleiser has also written more than 900 weekly columns in Folha de São Paulo, Brazil’s largest daily newspaper.

“The more you know about the world, the more the boundaries of known and unknown grow,” Gleiser says, “and the more questions you’re equipped to ask about what you do not know. In a sense, science is an endless pursuit.”

Gleiser rejects the argument made by some physicists that science is antithetical to spirituality.

“To me, the spiritual, the attachment to the unknown, is really a way of making meaning out of the difficulties of life,” he says. “Science can engage with some of the deepest existential questions we can ask. The emerging of everything, the emerging of life—what is mind? To a great extent, my mission has been to bring out this dimension of science. It’s not just, can I get a microchip that will make my cell phone faster, but can I engage through reason with the spiritual quest for meaning. And that, to me, is the essence of why I’m a scientist.”

Born in Rio de Janeiro to a conservative Jewish family, Gleiser distanced himself at an early age from organized religion. He describes himself as agnostic. “But I am a very spiritual person. Some people go to temple on Sundays. I go to the mountains. To me the mountains are a temple.”

Running, for Gleiser, is a form of meditation. He and his wife, Kari Amber Gleiser ’97, compete nationally and internationally in Spartan races and other long-distance obstacle races and ultramarathons.

“Testing the limits of physical endurance puts me in touch with something bigger than I am,” he says.

Gleiser says he loves living in the Upper Valley because of its rugged, mountainous beauty. He also loves teaching. Pointing to a tall stack of essays on his office shelf, he says, “Over the years, I keep student writing that blows me away. Dartmouth students are smart, they’re connected, and they’re creative. The College is big enough to provide me with peers, and small enough for us to know each other very well. I have all the resources I need to thrive as a scientist, teacher, and writer.”

Among those resources is the Institute for Cross-Disciplinary Engagement (ICE), which Gleiser founded in 2016 with a grant from the Templeton Foundation (separate from today’s award). ICE supports a fellows program, DartmouthX massive open online courses, and public dialogues both on and off campus, exploring connections between sciences and humanities.

Of the award, he says, “Getting the prize means that I can carry my message more effectively. I thank Dartmouth, my home for the past 27 years, from the bottom of my heart for allowing me to pursue my ideas both in physics and in science and spirituality. It serves to prove that passion and dedication can indeed open many doors in life, even those that you never planned to open.”

Gleiser will receive his award on May 29 in New York City, at the Metropolitan Museum of Art’s Grace Rainey Rogers Auditorium.

It’s a remarkably large nebulosity to be undetected for all this time up till now.