Marcelo Gleiser Accepts Templeton Prize in Ceremony at the Met 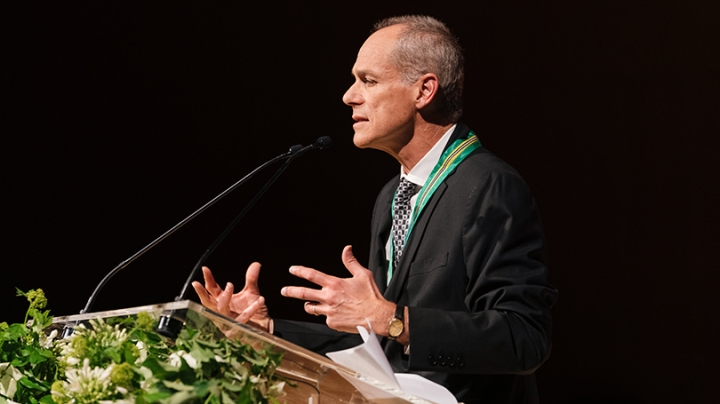 Marcelo Gleiser, the Appleton Professor of Natural Philosophy and a professor of physics and astronomy, received the Templeton Prize at a gala ceremony Wednesday night at the Metropolitan Museum of Art’s Grace Rainey Rogers Auditorium.

The prize, which brings a monetary award of about $1.4 million, was established by the late investor and philanthropist Sir John Templeton. As the Templeton Foundation website explains, the annual award honors “a living person who has made an exceptional contribution to affirming life’s spiritual dimension.” 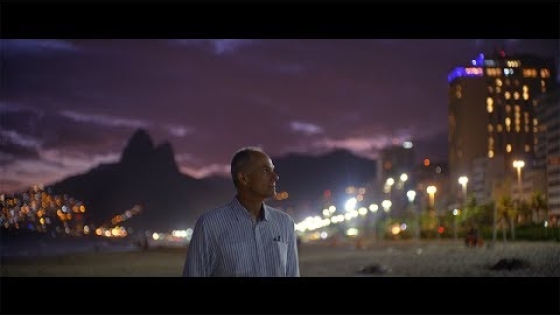 “I am deeply humbled and moved to have been chosen,” Gleiser said at the ceremony.

“To be in the company of such wonderful individuals who have devoted their lives to improving the human condition and our mutual understanding is to me an immeasurable honor.”

Speaking to some 350 attendees, including many of Gleiser’s friends, family members, and colleagues from Dartmouth and around the world, Heather Templeton Dill, president of the John Templeton Foundation and granddaughter of the founder, praised Gleiser’s “spiritual quest” for knowledge about the origins of the universe.

“In his research, writing, and speaking, he has found a way to create a constructive engagement between the sciences and the humanities, and to propose a unifying vision rooted in an appreciation for humankind’s uniqueness in the cosmos,” Dill said. “And for these insights, we are proud to honor and celebrate Marcelo’s contributions.”

Dill presented Gleiser with an ornate, hand-lettered scroll, illustrated with images relating to his life and work, including the snow-capped mountains he loves to climb in New Hampshire, the forest trail he runs on, stars, a guitar, a running shoe, and the Earth. She also presented him with a tree of life medallion, “to reflect the breadth and depth of the vision and purpose of the Templeton Prize.” 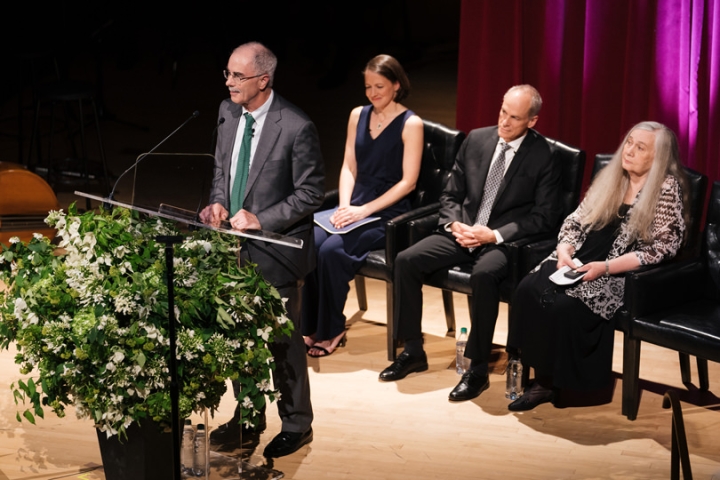 President Philip J. Hanlon ’77 addresses the gathering during the ceremony. Behind him are, from left, Templeton Foundation president Heather Dill, Professor Marcelo Gleiser, and novelist Marilynne Robinson. (Photo by Eli Burakian ’00)
In his remarks, Dartmouth President Philip J. Hanlon ’77 thanked Gleiser for bringing an extraordinary honor to the academic community where he has taught and conducted research for over 30 years.

“Let me cut to the chase,” Hanlon said about the award. “It means everything.”

Hanlon said that when Gleiser dropped by his office last week, he quoted Albert Einstein saying, “The most beautiful thing we can experience is the mysterious.”

“Marcelo believes that to his core,” said Hanlon. “So tonight, I simply want to thank him for showing us that science is but one way for us to engage in the mystery of who we are.”

Gleiser’s research ranges from the behavior of quantum fields and elementary particles to the cosmology of the early universe. In 14 books, more than 100 peer-reviewed articles, and many newspaper columns and podcasts, he argues that science and spirituality are not conflicting but complementary avenues to knowledge about the origins and meaning of human life.

Essayist and novelist Marilynne Robinson, who won the 2005 Pulitzer Prize for fiction for her novel Gilead, commended Gleiser for proposing “that science approach the world with a wider sense of the ways in which reality is knowable, to enlist in its methods and effects the insights offered by compassion and also delight.”

Offering congratulations from Gleiser’s home country, Emanuel Lobo de Andrade, head of the cultural section of the Consulate General of Brazil in New York, said that in Brazil, Gleiser has been “a tremendous force of inspiration, his books, essays, and documentaries helping new generations develop an interest in scientific subjects and managing to communicate with high standards while still appealing to wider audiences in our country.”

In his address, Gleiser spoke about the “human disquietude” that drives scientific discovery.

Humans, he said, are “peculiar creatures. We have this urge to know, and yet we are also limited in our knowledge.” 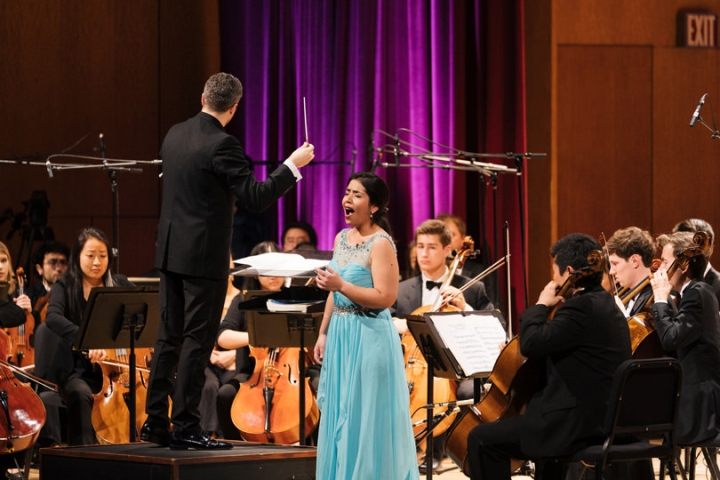 The Dartmouth Symphony Orchestra, with soprano soloist Sasha Gutierrez, performs during the ceremony. (Photo by Eli Burakian ’00)
Despite the ever-expanding frontier of knowledge about how the Earth may have been formed, Gleiser is concerned about the future of the planet.

“Given the times we are living in right now, where the Earth is being stressed by overpopulation and pollution, this is a moment for us to reflect on who we are, not as a tribe here, and a tribe there, but as a unified species,” he said.

“We need to come together now more than ever to respect life and one another so we can leave this world for future generations better then we found it. I want to dedicate the next few years to using the Templeton Prize to create that moral imperative: to help save this planet, with everything we’ve got.”

The Dartmouth Symphony Orchestra, directed by Dartmouth’s Filippo Ciabatti, was featured at several points in the ceremony, playing the fourth movement from Mahler’s Symphony No. 5 in C-sharp minor, the fourth movement from Mozart’s Symphony No. 41 in C major, and Bachianas Brasileiras No. 5, by the Brazilian composer Heitor Villa-Lobos, performed by eight cellos and soprano soloist Sasha Gutierrez.

Gleiser, who chose the music, said, “Mahler speaks to my heart and spirit, Villa Lobos to my Brazilian roots, and Mozart to the precision and mystery of the cosmic harmony.”

Watch a video of the ceremony below. 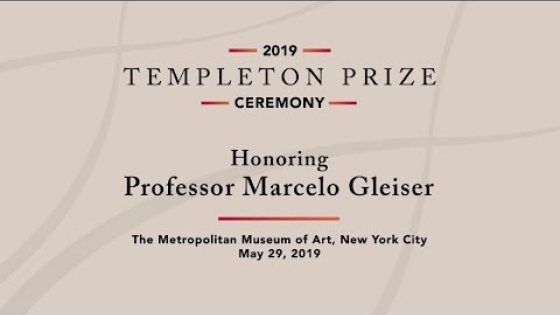