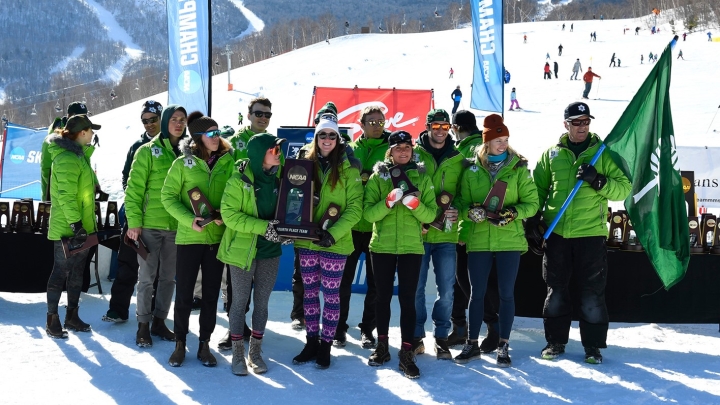 Dartmouth was a contender for the top finish, but the team saw its chances of catching Utah for the title slip away with the slalom races on the final day, finishing fourth overall in the team standings with 447 points.

Utah, which entered the final day with a 65.5-point lead and 67.5 points ahead of the Big Green, earned their second crown in the last three years by amassing 530.5 points. Host Vermont claimed second with 476 and Colorado just edged out Dartmouth for third with 455.

Andrew Duffy ’21, the Eastern Intercollegiate Ski Association Men’s Alpine Rookie of the Year, earned his second All-America honor of this year’s championships by placing eighth in the men’s slalom. The Big Green finished the championships with eight All-America performances and two individual titles — Tanguy Nef ’20 in the men’s giant slalom and Katharine Ogden ’21 in the women’s 15K classic.