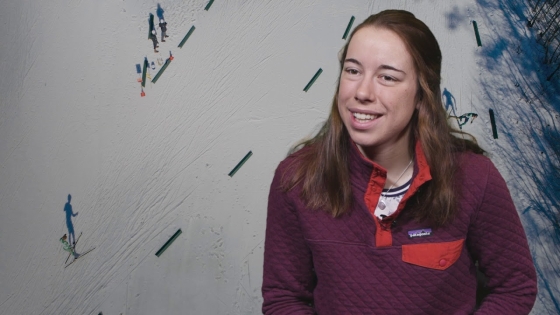 Katharine Ogden ’21 learned to cross-country ski about the same time she learned to walk, and she started racing in first grade. The practice has paid off, as in only two years she has already become one of the most successful Nordic skiers in Dartmouth history.

In her first year at Dartmouth, Ogden won the NCAA National Championships in both the classic and freestyle races. This year, she defended her title in classic and finished fourth in freestyle. She was also named a semifinalist for the James E. Sullivan Award, which goes to the most outstanding amateur athlete in the U.S.

Ogden talks about skiing and what it’s like to be a student at Dartmouth.