Cows, Land, and Labor: Making a Living from Livestock

Local farmers will join scholars and activists for a two-day conference on agriculture. 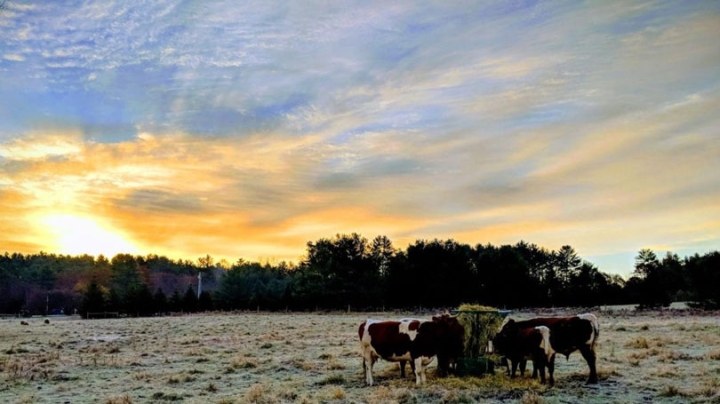 You don’t have to venture far from campus to see at least a few cows grazing in a field. Yet it’s easy, in downtown Hanover, to forget that the economy of the Upper Valley has always relied on dairy and meat production.

Matthew Garcia, the Ralph and Richard Lazarus Professor of History, Latin American, Latino, and Caribbean Studies, wants to bring fresh attention to the historic role of higher education in the evolution of agricultural practices. As part of Dartmouth’s 250th anniversary, he’s organized a springtime conference called “Cows, Land, and Labor: Local Farming in a Globalized World

“It will be a meaningful, multidisciplinary discussion covering the ethics of consumption; market and land management in the face of climate change; and labor activism associated with bovine agriculture in the Northeast,” says Garcia.

Throughout high school, college, and graduate school, Garcia worked as a meat cutter and store clerk in his family’s meat market in Southern California. “My grandparents toiled in the fields and prepared and served food at the Claremont colleges,” he says. As a scholar, he asks “why we, as a nation, have frequently demonstrated little regard for the people who pick, pack, prepare, and serve the food we eat.”

Garcia’s study of agriculture “from the bottom up,” A World of Its Own, Race, Labor, and Citrus in the Making of Greater Los Angeles, 1900-1970 (University of North Carolina Press, 2002), won the Oral History Association Book Award in 2003. His next book, From the Jaws of Victory: The Triumph and Tragedy of Cesar Chavez and the Farm Worker Movement (University of California Press, 2012), won the Taft Award for the best book on labor history in 2013.

Garcia doesn’t just write about farming—he does it. He and his wife, Desiree Garcia (an associate professor of Latin American, Latino, and Caribbean Studies), raise beef cattle at their Taste for Good Farm in East Thetford, Vt. In fact, the conference grew from conversations Garcia has had over the years with Niko Horster, a local farmer who taught him about sustainable agriculture practices. 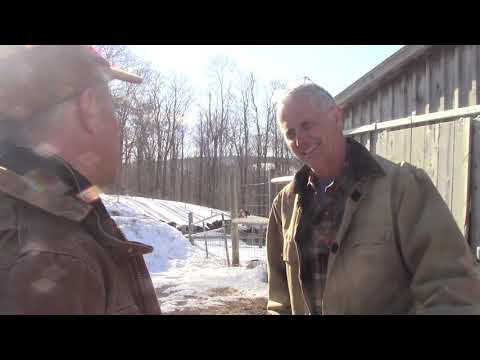 The owner of Shire Beef in Vershire, Vt., Horster rejects the assertion made by some environmentalists that raising and consuming beef necessarily exacerbate climate change.

“Niko is working on sequestering carbon, heavy rotational grazing, and other responsible types of farming,” says Garcia. “I sort of became one of his subsidiaries on my little 13-acre farm. I bought some cows, and then met a lot of other farmers doing things in a sustainable way.”

Coordinating the conference with Horster and Garcia are Melanie Dupuis, an environmental sociologist who chairs the Environmental Studies and Science program at Pace University, and Torri Estrada, executive director of the California-based Carbon Cycle Institute. Garcia says panel discussions will focus on three major issues.

“We’ll look at sustainable practices. We’ll look at livelihood through farming—including current challenges like fluctuating milk prices and trade policies. And we’ll look at labor issues, including the surveillance of migrant labor by U.S. Immigration and Customs Enforcement.”

Garcia sees the Upper Valley as an ideal location for a discussion about farming, past and present, not just because it’s integral to the local economy, but also because the Upper Valley town of Strafford, Vt., is the birthplace of Justin Morrill, who, as a U.S. senator, authored the Land-Grant Colleges Act, which helped to establish many of the nation’s public colleges and universities.

“Bringing colleagues to Dartmouth from the University of Vermont and the University of New Hampshire gives us an opportunity to talk about higher ed’s role in livestock agriculture,” Garcia says. “To some extent we’ve lost the dream of the land grant college that serves small farmers. Now those land grant institutions are serving big corporate entities, selling seeds and pesticides and fertilizers that are hastening the end of our planet.”

Among the guests Garcia had considered inviting to campus: cows. “Before the 20th century, farm animals were allowed to graze on the College Green,” he notes. But these days, College facilities officials say the turf is not suitable for livestock.

“So instead, we’ll have a fiberglass cow,” says Garcia. “We’ll ask conference attendees to write questions on it with sharpies, and it will become part of an exhibit that my “Food History” class students are putting together for the hallway of the Baker-Berry Library in mid-May.”

Cows, Land, Labor will take place April 26 and 27 at the Hanover Inn and Moore Hall. Support comes from the Program in Latin American, Latino, and Caribbean Studies, the Environmental Studies Program, the Office of the Dean of the Faculty, the Leslie Family, Pace University, Food Solutions New England, and Migrant Justice. It’s free and open to the public. Registration is advised.