Grow Kale on Mars? Dartmouth Team Will Show NASA How

A team of engineering students is one of five finalists in NASA’s BIG Idea Challenge. 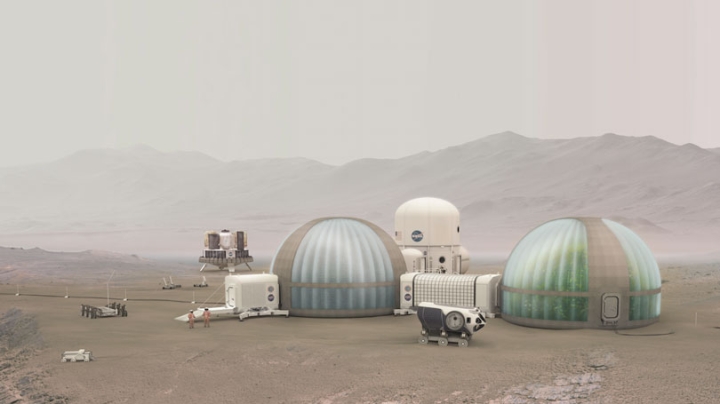 Dartmouth engineering students will head to NASA’s Langley Research Center next Tuesday to pitch a Mars greenhouse concept that has the potential to grow enough crops to sustain a small human colony.

As one of five finalists for NASA’s 2019 Breakthrough, Innovative, and Game-changing (BIG) Idea Challenge, the Dartmouth team will have the opportunity to propose a solution to a real-time challenge for NASA as it explores a human mission to Mars. The winning team will have a shot at landing a coveted internship at NASA this summer.

The Dartmouth team’s pitch will be live-streamed on Tuesday, April 23, starting at 10:15 a.m.

For the challenge, the team had to consider not only how crops could grow in a hostile Mars environment, but also how the greenhouse structure could be transported 54 million miles from Earth, then deployed and sustained with limited technology and resources. The students chose eight hardy food crops—kale, soy, sweet potato, potato, broccoli, strawberry, wheat, and chufa—to grow in a rotating, nutrient-filled hydroponic system and provide enough nourishment for a four-person crew on a 600-day surface mission to Mars.