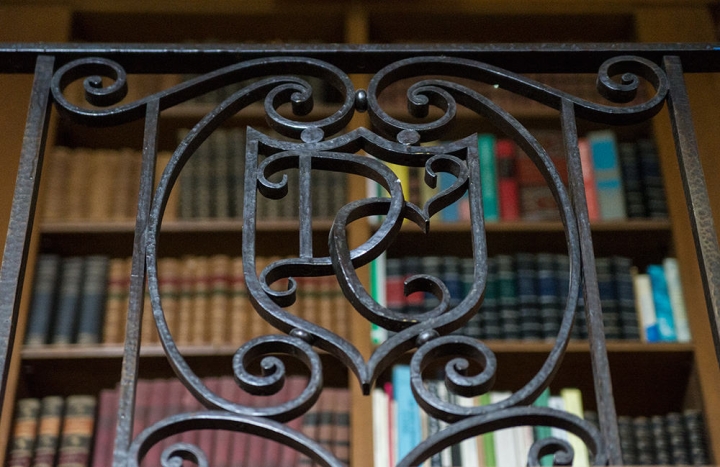 Colleen Glenney Boggs, a professor of English and women’s, gender, and sexuality studies, has received a fellowship for a National Endowment for the Arts Summer Institute, “Making Modernism: Literature and Culture in Chicago, 1893-1955,” which will run from July 8 through Aug. 2 at Chicago’s Newberry Library. NEH seminars are competitive opportunities for focused study on humanities topics. Boggs plans to use the seminar to “seed my next research project,” which will explore the impact of modernism on cookbooks and global food culture.

Professor of Computer Science Andrew Campbell was invited to the 2019 South by Southwest (SXSW) festival, an annual conglomerate of musical performances, film, interactive media, and conferences in Austin, Texas. At the festival, Campbell spoke about his work on StudentLife, the first study to use passive and automatic sensing data from the phones of students to assess their mental health, academic performance, and behavioral trends.

Associate Professor of English and Creative Writing Alexander Chee will receive the Lambda Literary Trustee Award at the 2019 Lambda Literary Awards ceremony in New York City in June. The Lambda Literary Awards, or Lammys, recognize “the best lesbian, gay, bisexual, and transgender books,” according to the organization’s website. The Trustee award is given to “individuals who have broken new ground in the field of LGBT literature, publishing, filmmaking, journalism, playwriting, etc.” Past recipients include Roxane Gay, John Waters, and Alison Bechdel. Chee’s recent collection of essays, How to Write an Autobiographical Novel, is also a finalist for a Lammy, in the category of gay biography. Chee is the author of two novels, Edinburgh and Queen of the Night.

Associate Professor of English and Creative Writing Vievee Francis and Associate Professor of English and Creative Writing Jeff Sharlet are among 25 judges who will select the winners of the 2019 National Book Awards (NBA), one of the most prominent literary prizes in the United States. Francis, the author of three poetry collections, including the Kingsley-Tufts Award-winning Forest Primeval, will serve on the poetry panel. Sharlet, who has won a National Magazine Award for journalism, will chair the nonfiction panel. The award is given each year in five categories: fiction, nonfiction, poetry, young people’s literature, and translated literature. This is not the first time faculty in creative writing have judged the NBAs. Two years ago, Associate Professor Alexander Chee served on the panel that selected Jesmyn Ward’s novel Sing, Unburied, Sing for the fiction prize. Last year, historian Colin Calloway, the John Kimball Jr. 1943 Professor of History and a professor of Native American studies, was a finalist for the nonfiction prize for his book, The Indian World of George Washington: The First President, the First Americans, and the Birth of the Nation.

Sadhana Hall, deputy director of the Nelson A. Rockefeller Center for Public Policy, is one of 45 people worldwide to receive the prestigious Endeavour Executive Leadership Award, presented by the Australian government to leading professionals to undertake research and professional development in Australian institutions. With support from the award, known as “the Australian equivalent of the Fulbright,” Hall will be in residence in Sydney for part of the summer at Tranby National Indigenous Adult Education and Training, the country’s oldest independent indigenous education provider serving the Aboriginal and Torres Strait Islander peoples.

In October, Annabel Martín, an associate professor of Spanish, comparative literature, and women’s, gender, and sexuality studies, will be the Bernardo Atxaga Chair at City University of New York, where she will teach a doctoral seminar and give a public talk. The visiting appointment, named for one of the most prominent living Basque writers, is funded by The Etxepare Basque Institute, a cultural institution of the Basque government, which has established several endowed chairs to promote the study of Basque culture at universities throughout the United States.