Hoda Barakat will receive an award of $50,000 in recognition of her novel “The Night Mail.” 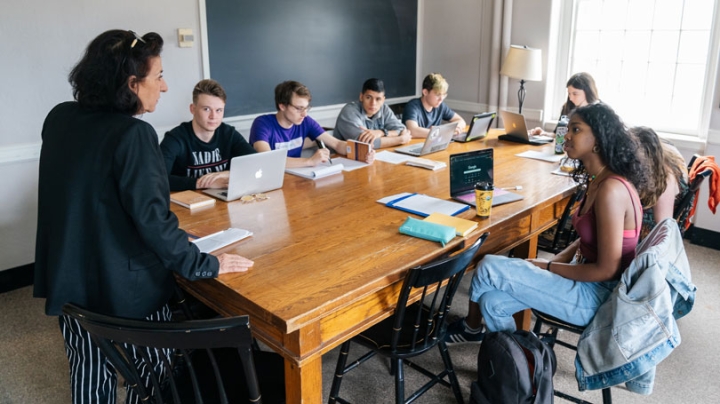 Hoda Barakat, a Lebanese author and visiting professor of Middle Eastern studies, has won the International Prize for Arabic Fiction (IPAF) for her novel The Night Mail. She accepted the award on April 23 at a gala ceremony in Abu Dhabi. The award carries a monetary prize of $50,000 plus funding for an English translation of the book, which will be published as The Night Post in 2020.

The IPAF, funded by the Department of Culture and Tourism in Abu Dhabi with support from the Booker Prize Foundation in London, is highly prestigious in the Arabic world.

“I was overjoyed when I heard that I had won this award,” says Barakat. “Because I live in Europe and rarely go to Arab countries, I don’t meet many of my readers. Now a lot of people—not just highly cultivated and intellectual readers—will know about this novel. I have won other prizes and commendations, but this is the most popular, and will make the biggest difference.”

Born in Beirut, Barakat has worked in journalism and academia, publishing six novels, two plays, a book of stories, and a memoir. Published in over 14 languages, she is the recipient of the Ordre du Mérite from the French Presidency, Chevalier des Arts et des Lettres from the French Ministry of Culture, and the Amalfi Prize for Mediterranean Literature. 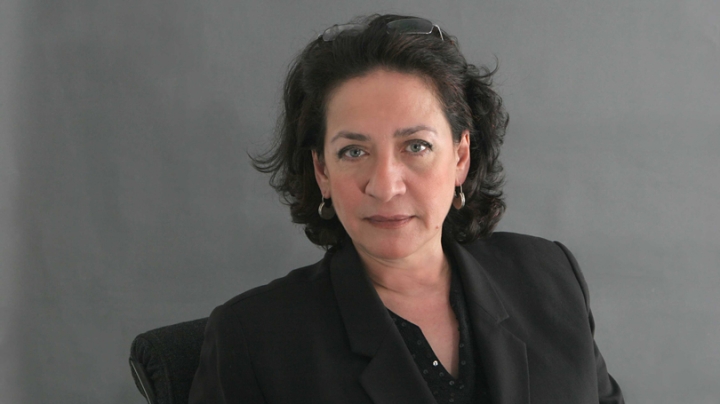 The Night Mail tells the story of letter writers—exiles whose fates are interwoven. “The Night Mail is a highly accomplished novel that stands out for its condensed economy of language, narrative structure, and capacity to convey the inner workings of human beings,” says Charafdine Majdouline, chair of the IPAF judges. “By choosing to use techniques well-known in novel writing, Barakat faced a challenge, but she succeeded in creatively innovating within the tradition to successfully convince the reader.”

Among the courses Barakat is teaching this term at Dartmouth is “Language and Rebellion: Arabic Literature in a Comparative Context.”

In class, she and her students recently discussed Gold Dust, by Ibrahim al-Koni, whom Barakat knows well. It’s the story of a man named Ukhayyad who flees his Tuareg tribe in Libya and sets off with his camel across the Sahara. Along the way, he makes decisions that raise thorny moral questions and lead to a violent end.

Barakat began by asking about Ukhayyad’s relationship to the rare white camel on whom his life depends in the desert—and vice versa. Duncan Randall ’21 reflected on how Ukhayyad’s spiritual bond with his camel seems to transcend familial ties.

“We may think it’s crazy that he could have more of an emotional connection to an animal than to his wife, but for Ukhayyad, after this experience, no relationship will ever be stronger than to his camel,” said Randall.

“Exactly,” says Barakat. “They will have the same destiny.”

For Jhon Ortiz ’20, a Middle Eastern studies major, the course opens a window on the region’s culture and history. “Professor Barakat lived through the Lebanese civil war,” he notes. “She wrote her first novel during that war and it was critically acclaimed, so taking this class was an easy decision for me.”

Barakat says she loves teaching at Dartmouth because her students are curious and actively engaged in their own learning.

“When you propose something, they go for it with enthusiasm,” she says. “It’s a special relationship I have with them. I feel free here, I am myself, and I’m very happy because it’s a chance for me to communicate with young people from another continent. I want to always be attached to the young generation. I do not want to be distant from them or from what they believe.”