The coach will throw the ceremonial pitch July 15, when the Yankees host the Tampa Bay Rays. 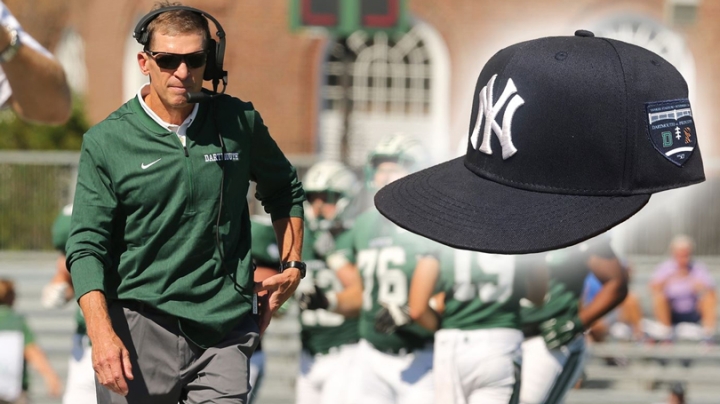 On July 15, Coach Buddy Teevens ’79, the Robert L. Blackman Head Football Coach, will be joined on the mound by Bob Surace, Princeton’s Charles W. Caldwell Jr. ’25 Head Coach of Football, prior to the start of the 7 p.m. contest between the New York Yankees and the Tampa Bay Rays to promote the showdown between the Big Green and the Tigers at Yankee Stadium in November.

A website has been set up for Big Green and Princeton fans to purchase tickets to the baseball game. The first 200 fans who purchase tickets via the site will receive an exclusive Yankees hat co-branded with the Dartmouth/Princeton commemorative game logo.

The last time Teevens was on a big-league mound came on July 31, 2017, when he tossed the ceremonial first pitch at Fenway Park prior to a game between the host Boston Red Sox and the Cleveland Indians.