Summit Examines U.S. Policy on Arab Monarchies of the Gulf

Diplomatic, military, and national security experts to gather at Dartmouth for talks. 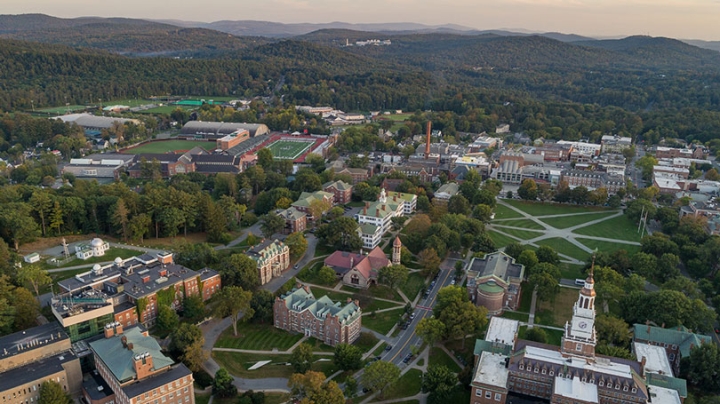 At next week’s 2019 Leila and Melville Straus 1960 Family Symposium, top leaders from the world of international diplomacy and security will gather at Dartmouth for two days of talks on the future of the U.S. relationship with the Arab monarchies of the Persian Gulf.

The June 24-25 symposium, hosted by the John Sloan Dickey Center for International Understanding, will bring together foreign policy scholars and former leaders from the U.S. State Department, military, and White House for high-level, closed-session talks.

The public discussion, held from 4:30 to 6 p.m. on June 25 in 041 Haldeman Center, will be moderated by Daniel Benjamin, the Norman E. McCulloch Jr. Director of the Dickey Center and a former State Department coordinator for counterterrorism.

“Right now, there is no hotter spot on Earth than the Persian Gulf. The level of tension with Iran is as high as we’ve seen it in decades,” says Benjamin. “Even setting that aside, our relationships with some of the countries in the region, with Saudi Arabia in the forefront, are incredibly challenging, as the Senate’s vote on President Trump’s arms sales demonstrates. So it’s great that we can bring together a group of the top policymakers and scholars of the region to discuss the future.”

“We have been anchored in the Persian Gulf for a long time, but the policies being pursued by Crown Prince Mohammed bin Salman and others put a question mark on what lies ahead, so this is a timely discussion with a remarkable group of people,” says Benjamin.

The Dickey Center hosts the annual Straus 1960 Family Symposium, which is dedicated to producing the best understanding and analysis of central international issues, with collaborative research on complex problems and a concentration on topics such as war and peace studies, conflict resolution, international governments, and human rights.

Past Straus Symposiums have focused on threats to global health work, an atrocities early warning system developed at Dartmouth for the U.S. Holocaust Memorial Museum, and an international support conference responding to the devastating 2015 earthquake in Nepal.