Through Theater, Revisiting the 1969 Parkhurst Occupation

“This is a celebration of activists at Dartmouth,” says theater professor Laura Edmondson.

Spectators gather on the Green as anti-war students stage a protest inside the Parkhurst administration building on May 6, 1969. (Photo by Adrian Bouchard, from the Dartmouth Library collection)
6/05/2019
Body

As part of the yearlong 250th anniversary commemoration, Dartmouth is revisiting various turning points in its history. On Friday, the clock turns back 50 years to the afternoon of May 7, 1969, when students who opposed the Vietnam War occupied the Parkhurst administration building.

Some 100 activists—mostly students, and a few faculty—demanded the removal of the Reserve Officers Training Corps (ROTC) from campus, arguing that it was a recruitment tool for an unjust war. Arrests ensued. It was a turbulent time, when anti-war protests were sweeping the nation. ROTC, a source of merit-based student scholarships and military training, also had support on campus. Though the program was phased out at Dartmouth by 1973, the trustees re-instated it a few years later, and the program continues at Dartmouth to this day.

At 1 p.m. on Friday, in Moore Theater at the Hopkins Center for the Arts, the Department of Theater will present an original  20-minute documentary drama based on archival materials about the Parkhurst occupation. Following the performance, a panel discussion will be moderated by James Staros ’69, with John Beck ’69, Robert Bennett ’69, Lynn Lobban ’69, William Yellowtail ’69, and James Grant ’69.

The event is free and open to the public.

“This is a celebration of activists at Dartmouth,” says Laura Edmondson, an associate professor of theater and chair of the Department of Theater. She has been developing the script for nine students and two theater faculty members—Senior Lecturer James Rice and Associate Professor Jamie Horton—to perform. Horton is also directing the production.

Compressing the 12-hour Parkhurst occupation into a short play with a handful of characters wasn’t easy, says Edmondson. She found a wealth of archival information, including a cassette recording of the event and newspaper clippings, at the Dartmouth Library’s Rauner Special Collections Library. But there are also gaps in the archives about what happened, hour by hour, after students entered the building and began sitting on floors and administrators’ desks.

“In Rauner’s oral history collection, I found lots of colorful reminiscences by some of the participants, including College administrators, that I could adapt into monologues,” says Edmondson. “At some points our drama plays out in real time and at other moments it shifts into memories. We want to make it very clear that, as in any documentary theater, you have to condense and consolidate historical moments, because not everything that happened in real life translates well to the stage. We do make a disclaimer that we took liberties with the historical record in order to capture a greater theatrical and social truth.”

Capturing Parkhust 1969/2019 is not meant to be a museum piece, says Edmondson, but a way to bring the past—not just Dartmouth’s, but America’s—alive. “At its best, theater can distill sprawling events into something that speaks to complexity and builds a gateway for conversation and dialogue,” says Edmondson.

Dartmouth will explore the significance of 1969 in other ways during the sestercentennial year, says 250th co-chair Donald Pease, the Ted and Helen Geisel Third Century Professor in the Humanities.

“It was the year everything changed, including the transformation of American studies in the United States from a nation-oriented discipline to a transnational discipline,” says Pease. “That’s the topic of our symposium on Aug. 14.  And this summer, a course called “The Sixties” will be taught by Randall Balmer, the John Phillips Professor in Religion, covering multifarious events of that year and the scholarship reflecting on those events well into the 21st century.” 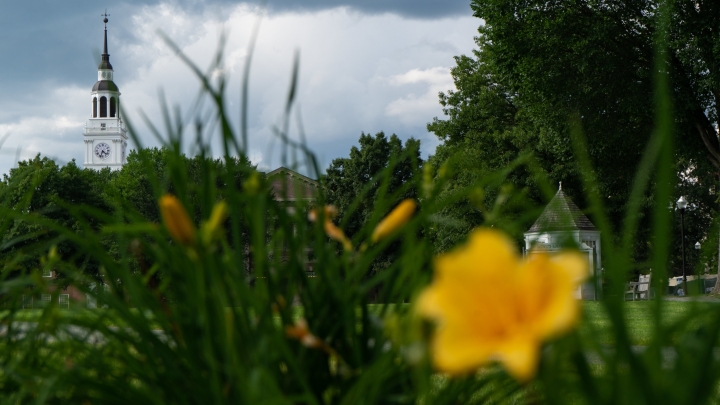 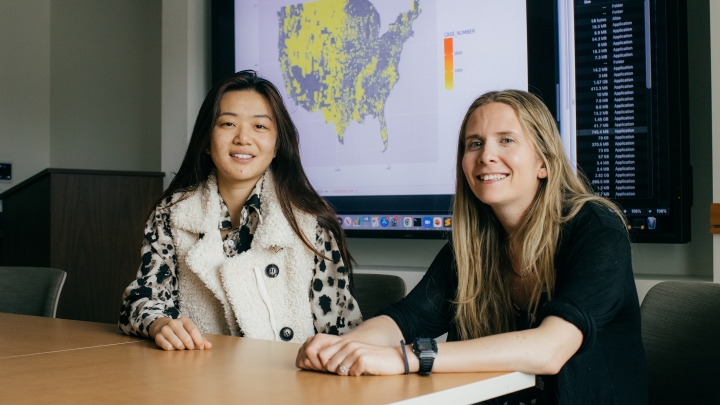 Body
Students are members of a team analyzing the treatment of guest workers in the U.S.