The sister-city relationship honors the legacy of Kan’ichi Asakawa, Class of 1899. 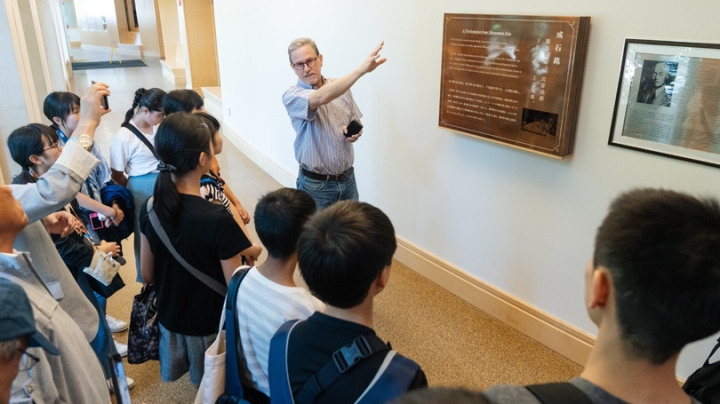 This summer, Dartmouth, Hanover, and Nihonmatsu, Japan, are celebrating the 20th anniversary of a three-way friendship. Hanover is Nihonmatsu’s sister city in the U.S. The two communities host exchange programs honoring the legacy of Nihonmatsu native Kan’ichi Asakawa, Class of 1899, the first student from East Asia to graduate from Dartmouth. After earning his PhD at Yale, Asakawa returned to Dartmouth as a lecturer in Japanese culture and history.

Last month, middle-school children from Nihonmatsu spent a weekend living with host families in Hanover. On a sunny Saturday, they and their adult chaperones visited the Dartmouth Library’s Rauner Special Collections Library to learn about Asakawa’s academic career in the U.S.

Poring through the Asakawa collection of documents and photographs, Nihonmatsu mayor Keiichi Miho, speaking through a translator, noted that Asakawa had advocated peaceful relations between the U.S. and Japan by writing letters to officials in both governments in 1941, urging them to do what they could to avert World War II.

“Dr. Asakawa got so much help from Dartmouth and people in Hanover, and people from the United States,” the mayor said. “Our students are having the same experience here, hosted by families and schools. It was brief but very important. When they go back to Japan, they will talk about it to their friends and their teachers and parents and, in the future, to their sons and daughters. So this relationship will endure.”

In addition to visiting Rauner, the Nihonmatsu delegation took a campus tour, led by James Dorsey, an associate professor in the Asian Societies, Cultures, and Languages Program. Dorsey sometimes leads the Language Study Abroad (LSA+) program in Tokyo, which includes a long weekend in Nihonmatsu.

“Dignitaries and residents from Nihonmatsu meet us, show us around historical sites—including Asakawa’s grave—give us a formal greeting in the mayor’s office, host a banquet, and welcome us into their homes,” says Dorsey. “This exchange program is such a great way to connect the history of Dartmouth and the history of Japan.”

Dorsey notes that Asakawa arrived on Dartmouth’s campus at the turn of the 20th century, not long after the age of the samurai ended in Japan. “I can only imagine what that would have been like for him,” Dorsey says. “He was a pioneer.”

One of the Dartmouth students who participated in the Tokyo LSA was Thu (Autumn) Dinh ’21, who, with three other students, helped guide the Japanese visitors around campus last month. “We got such a great welcome in Japan, this is something we really wanted to do, to give back to Nihonmatsu,” she said. 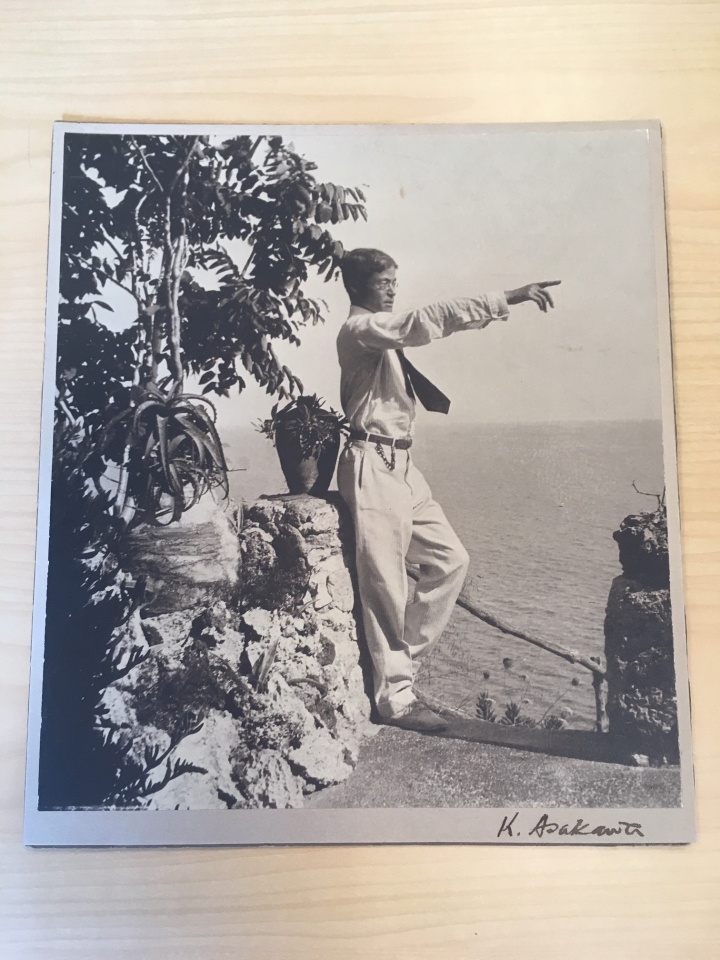 A photograph of Kan’ichi Asakawa, Class of 1899, is kept in the Dartmouth Library’s Rauner Special Collections Library. (Photo by Charlotte Albright)

Asakawa’s legacy lives on not only at Dartmouth, but in a local elementary school. Among the host parents from Hanover was Jessica Hunt, a third-grade teacher at the Ray School.

“Every year we do a deep study into Japan and we have a Japanese festival at school to celebrate the things we’ve learned,” said Hunt. “We make Japanese peace lanterns. I thought hosting a student from Nihonmatsu would be a nice connection to what I’m learning.”

Serving as a translator and facilitator for the Japanese delegation was Michiya Nagashima, from Boston. “I have observed a lot of Japanese-U.S. sister city relationships, and this is one of the longest lasting and strongest I have seen,” he said.