Hop Announces This Year’s Lineup for Telluride at Dartmouth 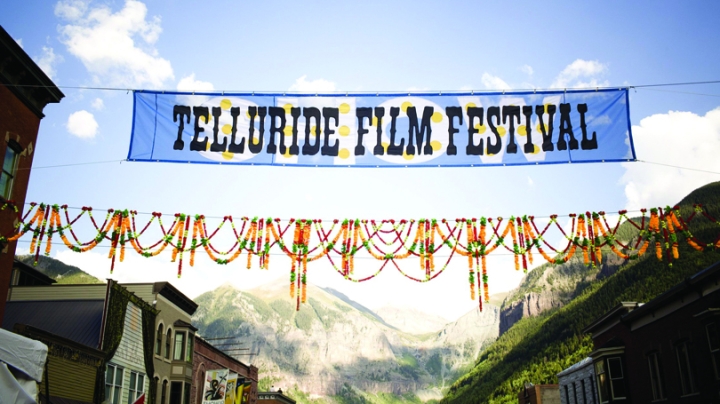 This year’s Telluride at Dartmouth film festival take viewers into the Formula One racing world; Leningrad during World War II; 1950s New York City; a day in the life of an assistant to an uber-creep in the film world; the dissolving marriage of a bicoastal artistic couple; and a Cannes-winning reinvented buddy film written and directed by its two co-stars.

The movies star such big-name actors as Matt Damon, Christian Bale, Bruce Willis, Adam Driver, and Scarlett Johansson under the direction of Noah Baumbach (The Squid and the Whale, Frances Ha), Kitty Green (Casting JonBenet) and Ed Norton, who also acts in his project.

Founded 34 years ago through a long-standing relationship between the Telluride Festival in Colorado and Dartmouth, the Dartmouth mini-fest each year brings six films fresh from the main festival, which takes place over Labor Day weekend. This is a unique opportunity for the Dartmouth community to get a sneak peek at the latest international films—often months before they’re released.

The films will be screened Friday, Sept. 20, through Thursday, Sept. 26, with a different film screened each day, at 4 p.m. and 7:30 p.m., in Spaulding Auditorium of Hopkins Center for the Arts. Tickets go on sale to the public on Sept. 5.

“Many of the new films at Telluride 2019 are focused on intimate, personal dynamics within families, society and business,” said Hop Film Director Sydney Stowe, speaking from Telluride Colo., where she was attending the main festival. “The Dartmouth program illustrates this trend with four ‘two-handers’—movies with two equally important main characters. From the 1960s racing circuit to a marital home dividing to a post-war Leningrad, to a lifelong friendship, these stories reflect our humanity in compelling and beautiful narratives.

The festival opens with Ford v Ferrari (Sept. 20), in which a car designer (Matt Damon) and race driver (Christian Bale) are hired by Ford Motor Co. to build a revolutionary vehicle to challenge Ferrari at the 24 Hours of Le Mans in 1966. Director James Mangold (Walk the Line) skillfully manages both the kinetic thrills of the races and the subtle psychology of the project, which is endlessly complicated by ego, ambition and imagination.

In Motherless Brooklyn (Sept. 21), Ed Norton adapts and directs Jonathan Lethem’s prizewinning novel (with Norton changing the time setting from 1999 to 1957), brilliantly navigating a tangle of betrayals, crime and jazz set in the New York of the classic film noir era. Norton also acts in the film, alongside a cast that includes Bruce Willis, Willem Dafoe, Cherry Jones and Alec Baldwin, playing a ruthless power-broker inspired by Robert Moses.

The one foreign film in the mini-festival is the Russian film Beanpole (Sept. 24), in which two young women search for meaning and hope as they try to rebuild their lives among the rubble and starvation of 1945 Leningrad. The film is a stunning creation from its young writer/director Kantemir Balagov, who drew loosely from Nobel Prize–winning author and historian Svetlana Alexievich’s 1985 book The Unwomanly Face of War. The film won big at Cannes, netting Balagov the Un Certain Regard Best Director Award and the FIPRESCI Prize.

On Sept. 25, The Assistant spins a tale of a Harvey Weinstein-like film mogul, focusing on the first day on the job of the executive’s latest young female assistant. Julia Garner plays the title role, conscientiously managing the boss’s schedule, cleaning his office and answering his phones, while becoming  increasingly aware of his predatory aims with the hopeful actresses who float into his office. Australian director Kitty Green employs the same sharp eye that served her in such provocative documentaries Casting JonBenet (2017) and Ukraine Is Not a Brothel (2013).

Telluride at Dartmouth ends with The Climb (Sept. 26), a brilliant reinvention of the buddy comedy that follows longtime pals as they navigate—sometimes on bikes—friendship, love, betrayal and death. Co-stars Michael Angelo Covino and Kyle Marvin co-wrote the script, and Covino directed it (on a miniscule budget). Endearingly strange and wholly original, The Climb will keep you off balance with its unexpected mixture of sweetness and cruelty. It won the Un Certain Regard Heart Prize at Cannes 2019.