Lebanese Rock Band Brings Its Hard-Driving Music to the Hop

Mashrou’ Leila has been called “the voice of its generation” in the Arab world. 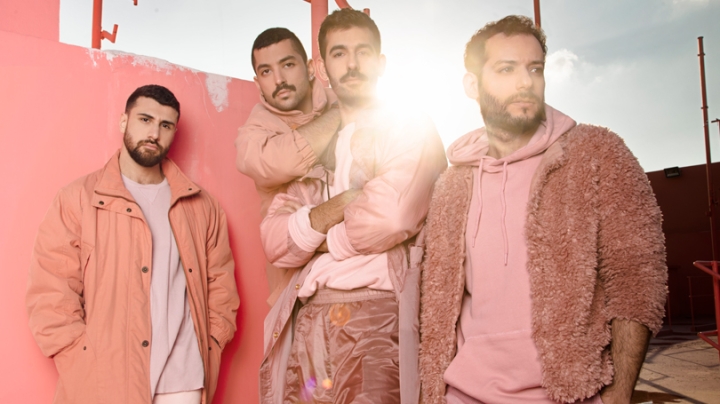 “As this group is making waves in the Middle East, it is also resonating with students and activists across the globe,” says Dina Rabadi ’20. (Photo by Tarek-Moukaddem)
9/26/2019
Body

One of the Middle East’s most outspoken rock bands is spending a whirlwind three days on campus, culminating in a Saturday performance at the Hopkins Center for the Arts.

CNN describes Mashrou’ Leila as “the voice of their generation,” and the Financial Times calls the group “the Arab world’s most influential independent band.”

“They captured the public’s attention with their lyrics, with their style, and with their vitality,” says El-Ariss. “Beirut had recovered from the civil war and there was great art and music coming out, filling a gap after many, many years of siege and displacement.”

El-Ariss says the band spurs hope and resists social oppression in a region still roiled by political and social unrest. “Mashrou’ Leila talks about being gay, about women’s rights, about free speech, about race and xenophobia—you know, the things that people live with on an everyday basis.”

For example, in Tayf (Ghost), a defiant tribute to a Beirut gay bar that was shut down by Lebanese authorities in 2013, vocalist Sinno sings: “My life spent with rights mortgaged off to your sentiments / My history erased from our books like they were yours to claim.”

Some of El-Ariss’ students have been talking and writing about Mashrou’ Leila’s importance to Middle Eastern culture and politics.

“It’s a force for change in a region that often attempts to eliminate the presence of nonheteronormative sexualities and genders,” says Dina Rabadi ’20. “As this group is making waves in the Middle East, it is also resonating with students and activists across the globe.”

For Clay Foye ’22, Mashrou’ Leila is “the model band, which centers its own personal messages and stories in universal and revolutionary music.”

Lamees Kareem ’22, says, “Whenever any of my non-Arab friends at Dartmouth ask me about contemporary Middle Eastern music, Mashrou’ Leila is my first suggestion.”

All four events leading to Saturday’s concert are free and open to the public, and concert tickets are still available.