The parties jointly filed legal documents for approval by the court. 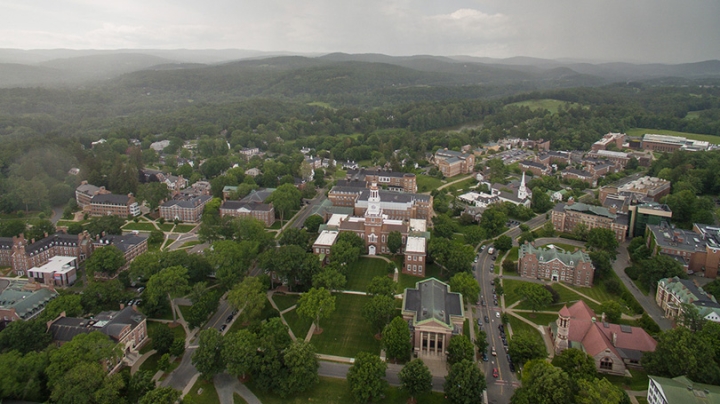 Dartmouth and the plaintiffs in the Title IX class action lawsuit pending in New Hampshire federal court have signed a settlement agreement, subject to the court’s approval, the College announced today. The parties jointly filed the settlement documents on Tuesday for approval by U.S. District Court Judge Landya McCafferty.

“The settlement agreement is a positive step forward and an opportunity to forge a historic partnership with the plaintiffs to improve Dartmouth,” said President Philip J. Hanlon ’77.  “With their help, we have committed to expanding the initiatives we recently launched to address issues of sexual misconduct and to ensure that our campus is a welcoming and supportive learning environment for all.”

In accordance with the terms of the settlement the parties reached in August, today’s settlement agreement calls for Dartmouth to make a settlement payment of $14 million and defines a settlement class comprising all students who meet certain criteria set forth in the settlement agreement and certify that they endured a hostile environment created by the conduct of three former members of the faculty. The settlement does not admit liability on the part of the College, but reflects the College’s desire to provide voluntary recompense for the toxic environment created by the three former faculty members.

In addition to the monetary award, Dartmouth has agreed to three steps aimed at strengthening the Campus Climate and Culture Initiative (C3I), which was launched in January to address sexual misconduct and other abuses of power, and Inclusive Excellence, an initiative that focused on improving the College’s commitment to diversity, equity, and inclusivity.

First, Dartmouth will expand the provost’s diversity recruitment fund, which supports the deans in hiring diverse faculty. Through the settlement, Dartmouth has agreed to provide an additional $1 million over the next 10 years to expand this fund, and to expand its scope to support the hiring of candidates with specific expertise in gender and racial discrimination and violence as well.

Second, Dartmouth will add two new members to the external advisory committee (EAC) that reviews the progress of C3I. The plaintiffs and the College will jointly propose nominees for these positions who have no prior connection to Dartmouth. In addition, the plaintiffs will meet with the EAC directly to share their perspective on resources and strategies that may be relevant to Dartmouth’s efforts through C3I.

Third, through C3I and in conjunction with the EAC, Dartmouth will strengthen its ongoing partnership with WISE, a local advocacy organization for survivors of gender-based violence. Within a year from the date of the settlement, the College will either commit support in the form of additional WISE staff on campus or direct support to WISE of $500,000.