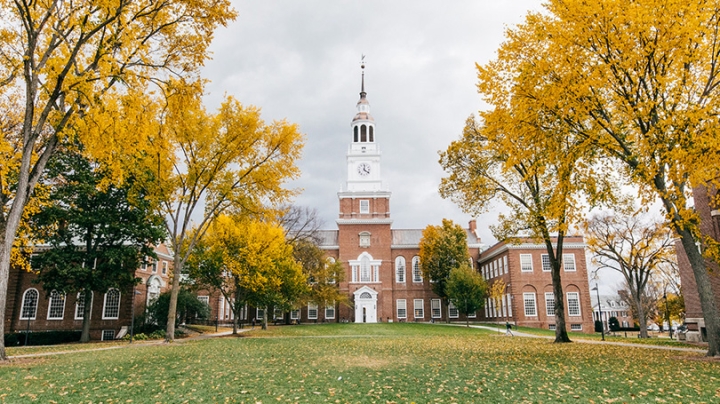 “I want to welcome these new colleagues to Dartmouth,” says Provost Joseph Helble. “Their presence adds to what Dartmouth faculty already do so well—collaborating across disciplinary boundaries. They and their colleagues in the academic clusters will inspire even more innovative scholarship, creative thinking, and intellectual curiosity on campus, which will have a great impact for years to come.”

The initiative is adding 30 new faculty positions across the arts and sciences and the professional schools, forming 10 interdisciplinary academic clusters. Of these, 13 world-class scholars have already begun working on campus, including the three newest members, who fill positions in computational studies, specialized treatments for cystic fibrosis, and Arctic engineering and climate change.

The newest members of the clusters are:

Cluster: Arctic Engineering in a Period of Climate Change
Previously: Postdoctoral researcher at the University of Oregon 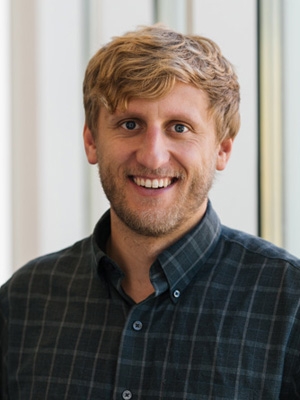 What do you study, and why?
My research focuses on mathematical modeling of snow and ice mechanics in a variety of contexts—for example, glaciers, seasonal snowpacks, icy satellites, and frozen sediments. I’m fascinated by the fluid dynamics of solidification and the role of impurities in solidifying porous materials. And I’m motivated by important environmental problems, such as widespread snow melting on the surface Greenland ice sheet, as Arctic temperatures rise more quickly than anywhere else on Earth.

What’s the advantage of an academic cluster focused on Arctic engineering and climate change?
The cryosphere is fragile and remote, yet it affects every human on the planet through water resources and sea-level rise. To understand how sea ice, alpine snow, and glaciers will change, as well as how they will affect society, interdisciplinary approaches are required. I am excited about the Thayer School’s unique interdisciplinary approach as well as its connections to the Cold Regions Research and Engineering Laboratory.

What is your approach to teaching?
Learning is nonlinear, so I want to create an environment where students learn from mistakes and develop strong intuition. My goal is to help students act as researchers in the classroom, complementing mathematical analysis with curiosity and excitement. 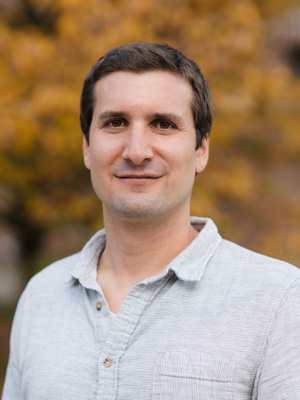 What do you study and why?
I use computer simulations to study how the structures of molecules fluctuate—in particular intrinsically disordered proteins (IDPs), which are the most dynamic molecules there are. It turns out that a huge chunk of our DNA encodes for these proteins that don’t have a constant structure, and they’re involved in a lot of neurodegenerative diseases, such as Alzheimer’s and Parkinson’s. My interest is from a fundamental scientific fascination—how do they work? But I also want to figure out how can we design drugs to interact with them. The computational cluster is helping me to think more broadly. It’s an interesting way to stimulate creativity.

How did you get interested in using computation to learn about proteins?
As an undergraduate I studied the structure and dynamics of small molecules. That exposed me to this problem where if you’re just taking the average of experimental measurements, you come up with an answer that doesn’t reflect what the molecules really look like. So the question is, how do you work that out? At first I thought, this is an interesting problem—let’s see how other people have solved it. Then I realized, oh, this isn’t solved—this is something no one knows how to do.

What is your approach to teaching?
As someone whose formative academic experience was as an undergrad, I’m very excited about working with Dartmouth students to do research. 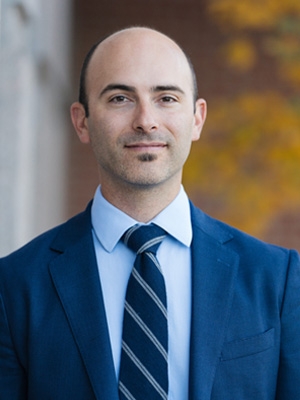 What do you study and why?
My research focuses on understanding the forces that drive differences in gut bacterial communities in people. Specifically, I study how Bacteroides, the most dominant group of bacteria on average in Western adults, compete with one another. This group of bacteria is important in the development of a healthy immune system. I’m interested in the process whereby Bacteroides bacteria can inject toxins into competing neighboring bacteria and kill them with essentially a poisoned-tipped needle—I want to understand how that influences the whole microbiome.

How does that relate to cystic fibrosis?
Historically, cystic fibrosis has been thought of as a lung-focused disease, but the disease manifests throughout the body, and particularly in organs like the gut where there’s a lot of fluid secretion. It turns out that the Bacteroides bacteria are almost eradicated in cystic fibrosis patients. I want to understand why they’re missing, and if we can potentially understand how to add them back to improve gut health.

Why study this within an academic cluster?
Cystic fibrosis requires an interdisciplinary focus because it’s a very complex disease. You can’t be an expert in the lung and the gut and the kidney and the liver, all of which are places where the disease has an impact. So the idea is to have researchers with different expertise focused on the same problem. For me personally, this is an opportunity to work on a problem that impacts people right now on a daily level. I see amazing potential for helping people.

About the Academic Cluster Initiative

The 10 academic clusters are being funded by an anonymous gift of $100 million that the College received in 2014—half of which was allocated to match an additional $100 million in philanthropy for the initiative. Another gift from an anonymous donor is funding professorships. As with the neuroscience cluster, the clusters are each organized around themes.