At the Hop: Film and Media Alumni Fest

Students and others will have a chance to meet alumni who are involved in film and media. 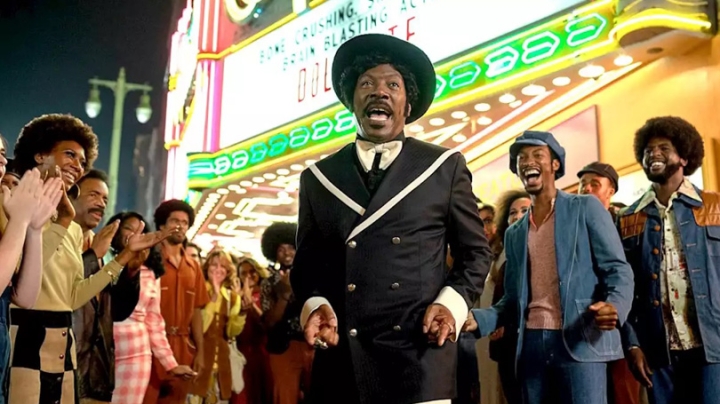 Eddie Murphy stars in Dolomite Is My Name, which will be presented by Michelle Brattson Majors ’96, who was production manager for the movie. (Image courtesy of the Hopkins Center for the Arts)
11/10/2019
Body

Students and the community beyond the campus will have a chance to meet and hear from Dartmouth alumni active in film and media—and see some of their latest projects—during a weekend of special screenings, networking events, conversations, master classes and more, Nov. 15–17 at the Black Family Visual Arts Center.

Guests and events share an emphasis on the representation in film and media of diverse ethnic and gender identities, whether approaching the matter as an artist, producer or academic.

The weekend is co-sponsored by the Department of Film and Media Studies and the Hopkins Center for the Arts. Additional support for the weekend comes from the Dartmouth 250 Committee, the Leslie Center for the Humanities, Center for Professional Development, East Wheelock House and South House.

The weekend includes ticketed screenings of three brand-new films, with post-show conversations, in the Loew Auditorium of the Black Family Visual Arts Center:

The weekend includes public roundtables featuring the guests reflecting on the current state of film and media, and how their Dartmouth education prepared them for their current careers, on Saturday, Nov. 16, 10 a.m. and noon. Other events cater specifically to students, offering them chances to meet the alumni and others throughout the weekend.

The Hopkins Center website has a listing of the weekend’s events.