An Update on the Campus Culture and Climate Initiative

Since January, C3I has been laying the groundwork for change. 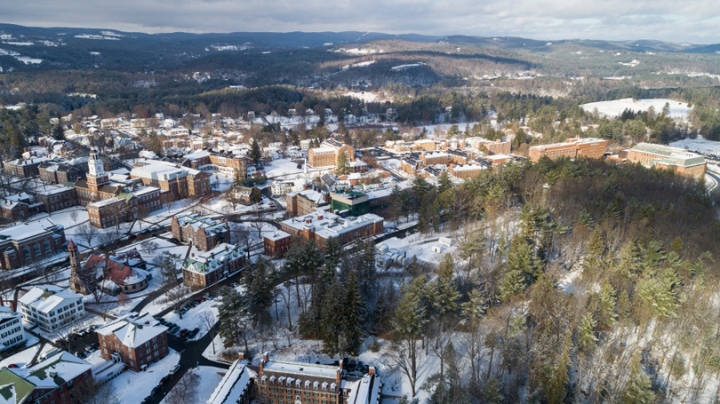 In its first year, the Campus Climate and Culture Initiative (C3I) has been laying the groundwork to meet Dartmouth’s goal of developing a comprehensive set of actions aimed at creating a learning environment free from sexual harassment and the abuse of power.

Launched in January, C3I is one of three initiatives the College has started in recent years to improve campus climate, along with Moving Dartmouth Forward, an effort to prevent high-risk behavior, and Inclusive Excellence, which is strengthening the College’s work to increase diversity, equity, and inclusivity.

“We launched C3I to tackle head-on the changes Dartmouth needs to make in order to build a safe, secure, and supportive community where students, faculty, and staff can thrive in the work they came here to do,” says Provost Joseph Helble.

“I think that people are ready for change—that’s what’s most exciting,” says C3I Director Theodosia Cook. “There is good change to come, people want it to come, and this is a moment where we can make that happen if we put enough energy behind this initiative.”

C3I builds on the recommendations of the 2018 National Academies of Sciences, Engineering, and Medicine (NASEM) report on sexual harassment, and has begun to make progress in the five key areas of the initiative’s mandate: campus climate, academic and professional development, recruitment, resources, and measurement and reporting.

In the area of campus climate, the Department of Geography and the Department of Microbiology and Immunology have completed the first pilots of academic department climate reviews, a project led by Professor Vicki May from Thayer School of Engineering in partnership with Abigail Stewart, a professor of psychology at the University of Michigan. Cook says the departments will use the information gathered from these reviews to develop training and policy, and the College hopes to include other departments on campus, as well.

In addition, for the second year in a row, all faculty search committees are receiving training on fair hiring practices and bias in hiring, Cook says.

For students, the College has launched the Sexual Violence Prevention Project (SVPP), a comprehensive program developed by the Student Wellness Center to foster positive behaviors and prevent sexual violence on campus.

“SVPP is one of the most transformative programs in the country,” Cook says, because its focus is on changing behavior. The Class of 2023 is the first to participate in the four-year program. In the first year, the program includes an online course that students complete before arriving on campus, programming during orientation, and small-group discussion sessions during fall and winter terms. These session focus on how students can access Colleges resources related to reporting sexual violence; setting positive relationship goals; learning about diversity and identity; and bystander intervention. As the SVPP develops, Dartmouth will be partnering with the University of New Hampshire’s Prevention Innovations Research Center to measure the program’s impact.

C3I has also been creating opportunities for administrators, faculty, and staff development. Last month, Dartmouth hosted two workshops—one on department chairs’ role in faculty mentorship; the other on gender and sexual harassment—led by a group of actor-facilitators from the University of Michigan’s Center for Research on Learning and Teaching (CRLT). In addition, faculty and staff at the Geisel School of Medicine participated in a three-day training on restorative justice.

Dartmouth is also partnering with Brown, Gordon College, Harvard, and Yale to create a Faculty Affairs Network-New England (FANN) that focuses on creating a community for professional development of deans, associate deans, and other faculty leaders. Cook represented Dartmouth an inaugural FANN conference at Harvard on Nov. 8.

On Dec. 4-6, the College will host the Inclusive Pathways for Advancement in the Academy (IPAA) Institute, a program for early-career faculty and postdoctoral fellows. The program is designed to support faculty with pedagogy, scholarship, and building community.

“Research shows that supporting faculty in these three areas increases retention, promotion, and tenure,” Cook says. Those who wish to participate in the IPAA Institute should register by Nov. 30.

On Jan. 13-14, leaders of the Action Collaborative on Preventing Sexual Harassment in Higher Education, a group that includes NASEM and more than 40 other colleges and universities, will be on campus to engage with the community about the recommendations from the NASEM report, which form the basis of C3I.

“The NASEM recommendations provide to higher education institutions a way to institutionalize change to reduce sexual harassment and retain women and other members of marginalized communities,” Cook says.

Look for more C3I programming to come, including the launch of a C3I Ambassadors Program that will train members of the community to help lead change in their own departments, Cook says.

“This year has seen a lot of research and networking,” Cook says. “I’m collecting data and reading and connecting with colleagues to identify the specific metrics we need to be looking at. By the start of the next academic year, I’m looking forward to announcing more specific actions.”

With Therapy Dogs and Massage Chairs, Tranquility at Hand 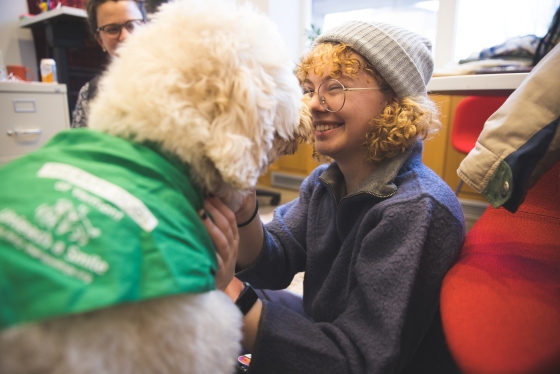