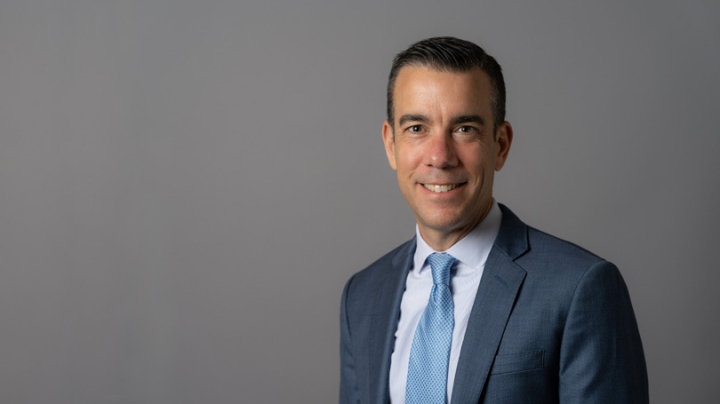 “Steve has done a first-rate job leading large-scale construction and planning projects and has skillfully steered one of our largest divisions,” says Mills. “The Klarman Family Foundation will be lucky to have Steve for the important work it does in Boston and beyond.”

Moore will be COO of the foundation, which is based in Boston. The philanthropy, which is among the largest family foundations in New England, focuses on advancing understanding of the biological basis of health and illness, ensuring a healthy democracy, expanding access to vital services and enrichment opportunities in Greater Boston, and supporting Israel and the global Jewish community.

“I will miss working with the committed, creative staff in campus services and being part of the Dartmouth community,” says Moore.

During his tenure, Moore oversaw expansion and renovation of the Hood Museum of Art; planning and construction now underway on the Center for Engineering and Computer Science, the Arthur L. Irving Institute for Energy and Society, Dana academic building; and expansion and opening of the rowing boathouse.

This work included the launch of the strategic master planning process and integration of the office of Environmental Health and Safety into campus services from the provost’s office.

“We are fortunate to have Josh able to step into the campus services work,” says Mills.

Keniston has been leading large-scale administrative projects that involve multiple departments across campus. In addition to his work overseeing the energy project—an initiative to replace the existing heating and energy production and transmission systems—he is working on plans for new graduate student housing, expected to be built with a private development partner.

Before coming to Dartmouth, Keniston was a consultant and manager of the higher education strategy and operations practice at the Huron Consulting Group.

The Campus Services division includes the offices of Planning, Design and Construction; Environmental Health and Safety; the Real Estate Office; the division’s operations and legal functions; as well as the Business and Hospitality Division, which includes Dartmouth Dining, the Dartmouth Skiway, the Hanover Inn, Transportation and Parking, Dartmouth Printing, and Mail and Delivery Services.