Carney came to Dartmouth after serving two tours in Iraq. 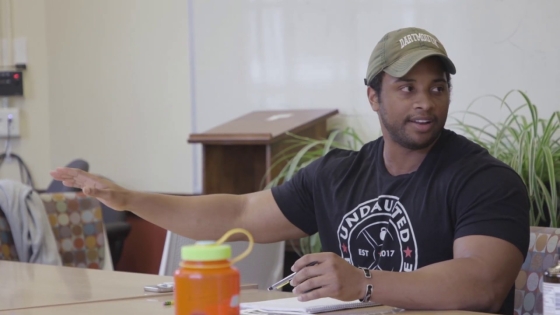 For Brad Carney ’20, life is all about rising to a challenge. But it’s taken some time for him to realize just how much he can accomplish. He attended college for a while in his home state of Delaware, studying agriculture and computer science, but neither of those fields felt like a good fit. Wanting to test his mettle, he joined the U.S. Army and served two tours in Iraq: the first as a sergeant, and the second as a Ranger in the elite special forces regiment.

A former president of the Dartmouth Undergraduate Veterans Association and a philosophy major, Carney says Dartmouth has helped him come to a deeper understanding of himself and his place in a global society.