Karla Rosas ’20 and Brad Carney ’20 reflect on the sacrifices of the military and families. 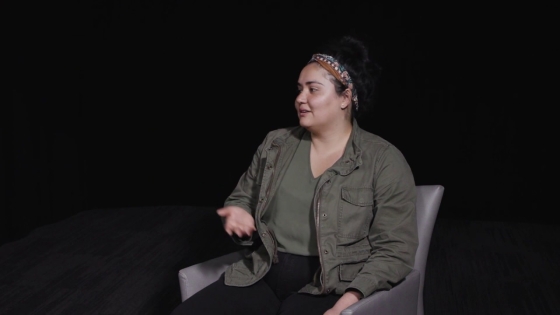 Today, at Dartmouth and throughout the nation, Americans honor military men and women for their service and sacrifice. Karla Rosas ’20, who was a senior airman in the U.S. Air Force, says her fellow students often express their gratitude. “But I’d also be happy to have longer conversations, to answer questions about what I saw and experienced,” she says. Rosas majors in government and Middle Eastern studies and will work for a consulting firm next year.

Brad Carney ’20, first as a sergeant and, later, a Ranger in the U.S. Army, was stationed in Iraq. He’ll never forget friends who died or were injured in combat. Carney feels lucky to have survived and to be attending an Ivy League school, and says his deployment helped him build the confidence he needed to apply to Dartmouth. Carney is planning to get a law degree in preparation for a career in public service.

Rosas and Carney spoke with Dartmouth News about what Veterans Day means to them.