Keith Paulsen Is Elected to National Academy of Inventors

Election to the NAI is the highest professional distinction for academic inventors. 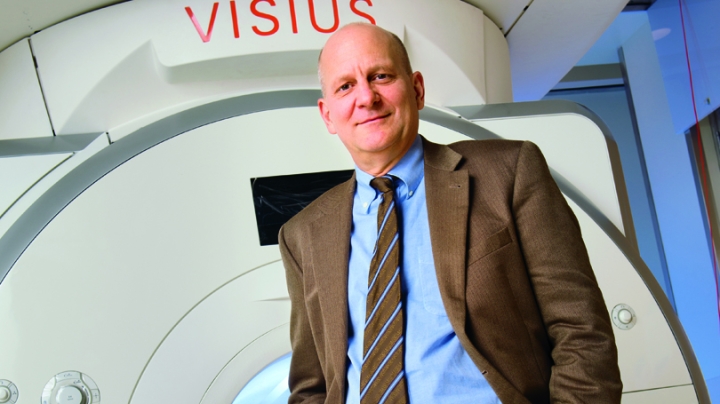 Keith Paulsen, Thayer ’84, Thayer ’86, the Robert A. Pritzker Professor of Biomedical Engineering, has been named a fellow of the National Academy of Inventors.

Election as an NAI fellow is considered the highest professional distinction for academic inventors who have demonstrated “a prolific spirit of innovation in creating or facilitating outstanding inventions that have made a tangible impact on quality of life, economic development, and the welfare of society,” according to the NAI.

In addition to teaching at Thayer School of Engineering, Paulsen serves as professor of radiology and surgery at the Geisel School of Medicine, scientific director of both the Advanced Imaging Center and the Center for Surgical Innovation at Dartmouth-Hitchcock Medical Center, and co-director of the Translational Engineering in Cancer Research Program at the Norris Cotton Cancer Center.

“I am honored to be named a fellow of NAI,” Paulsen said. “Dartmouth has created an incredibly supportive environment and culture that values entrepreneurship within its faculty. I feel especially indebted to Dartmouth’s Associate Provost for Entrepreneurship Eric Fossum, and Director of Technology Transfer Nila Bhakuni, for their continued encouragement and the support of their respective teams.”