The Christmas tree lighting ceremony was held on the Green Dec. 6. 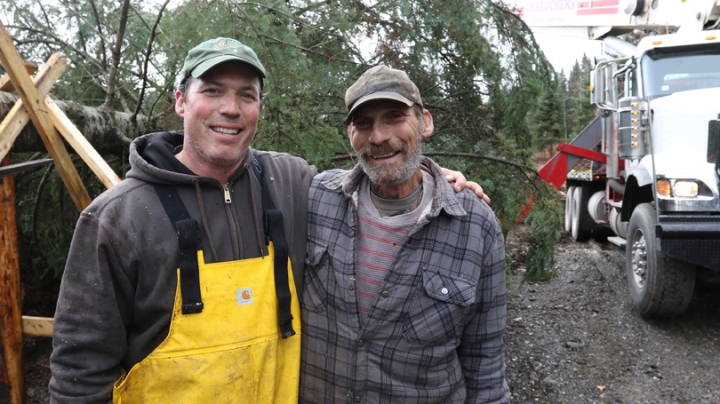 Dartmouth’s Christmas tree was just a seedling 45 years ago in northern Vermont, and now it’s standing 55 feet tall on the Green.

The traditional lighting ceremony will be held Friday as part of Hanover’s “Celebrate the Season” event. But preparations began over a month ago, when the 4,000-pound balsam fir was harvested from a tree farm in Canaan, Vt., not far from the Canadian border.

“My parents started the business in the late ’70s,” says Sage D’Aiello. “They were looking for something new to do and to get away from the city and back to the Earth. They decided to come to the Northeast Kingdom of Vermont and grow Christmas trees. And after some moving around myself, I decided that they were right the whole time. This is a wonderful life.”

Cutting a huge tree safely and without breakage is a major undertaking, involving a crane. The D’Aiellos rarely attempt it, except for Dartmouth and a few other longstanding customers. This year’s tree—tall, straight, and almost perfectly conical—was chosen by College arborist Brian Beaty.

On a raw, drizzly, late-October day, on a knoll at the edge of the farm, Sage D’Aiello donned yellow rain gear and muck boots and climbed into the bucket of a crane. Operator Randy Desrochers tossed D’Aiello a rope and sent him aloft so he could wrap the line snugly around the tree trunk, near the top.

Next, D’Aiello was lowered to the ground, jumped out of the bucket, and chain-sawed the trunk near the bottom. The giant tree dangled precariously for a few minutes in the air.

D’Aeillo’s father, Rich, had been smoking a corncob pipe as he watched from a lean-to. He put down his pipe and drove a front-end loader to a spot a few feet away from the tree. His son grabbed the trunk and laid it in the loader bucket. Then Desrochers slowly lowered the other end of the tree until the tip was almost level with the bottom.

Both D’Aiellos put wooden cradles at intervals under the now-horizontal tree trunk to keep it off the ground. Later, they wrapped the branches and transported the tree for short-term storage in Wells River, Vt.

From there the tree was trucked to Hanover. Job well done.

But father and son still had miles to go, to sell their smaller trees. Every year, on Dec. 23 or 24, as they make their way back from Long Island, exhausted, they almost always make a stop in Hanover.

“Usually it’s like two o’clock in the morning, or something like that,” says Sage D’Aiello. “And we take a little spin around the Green and check the tree out.  It’s like a gift, a Christmas gift, and it pumps us up a little bit for the rest of the ride home. It’s just a great way to cap off the season.” 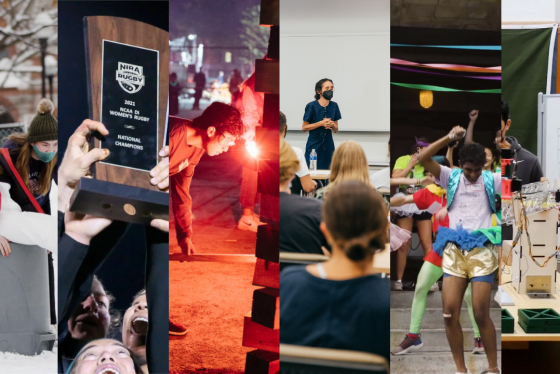