Acid-Loving Microbe Can Improve Understanding of Past Climate 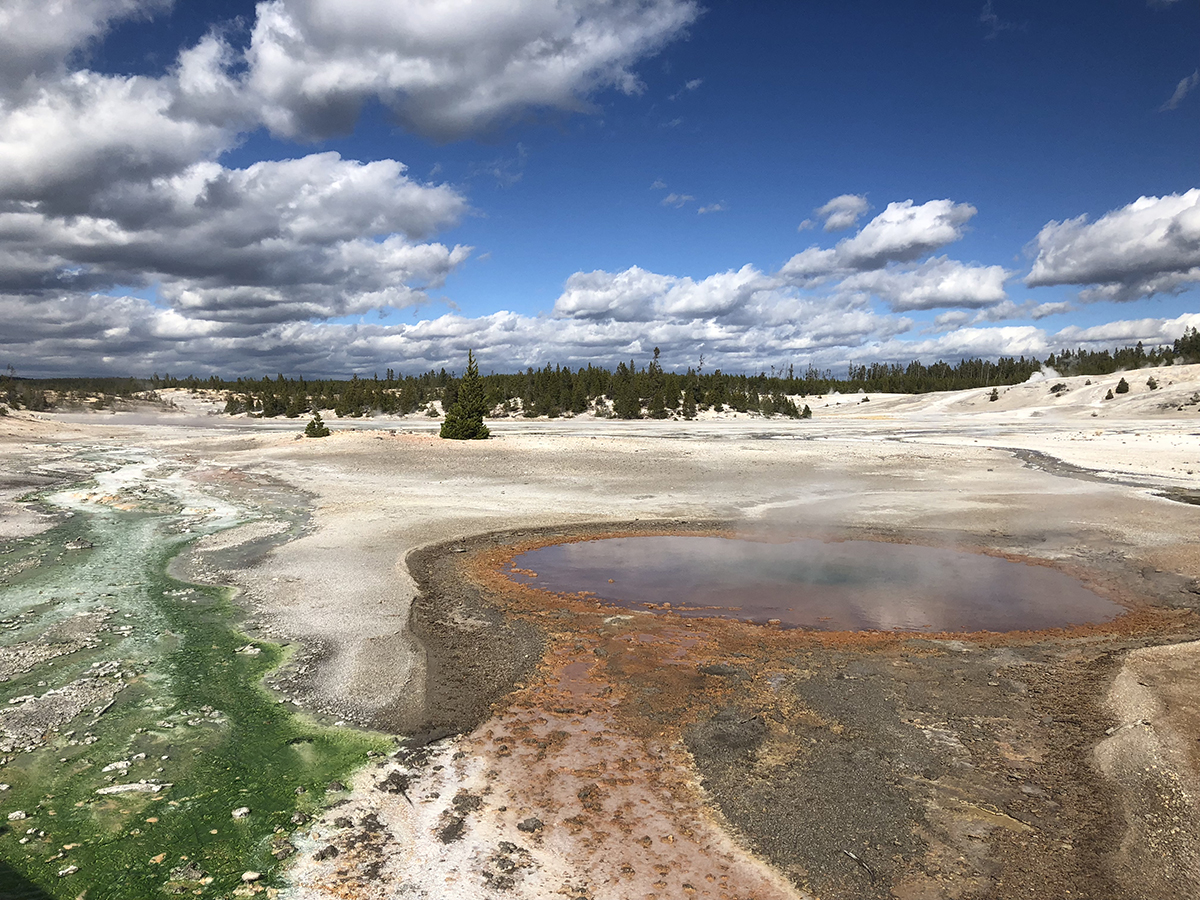 Research goes to the extremes to record ancient ocean temperatures

HANOVER, N.H. – February 6, 2020– Food and energy availability cause physical changes in acid-loving microorganisms that are used to study Earth’s climate history, according to research from Dartmouth College.

The finding that factors other than temperature can influence the membranes of single-celled archaea adds to the complexity of paleoclimate studies which have traditionally used the microbe’s fossilized remains to reconstruct past climate conditions.

Archaea are one of three major domains of life alongside bacteria and eukarya, the domain that includes animals and plants.

The research result, published in Environmental Microbiology, can help resolve disagreements in paleoclimate research and can support a more detailed understanding of the planet’s climate systems.

“Biomarkers, like the fat molecules that make up the cell membranes in our own bodies, can be powerful recorders of the environment that can last for billions of years,” said William Leavitt, an assistant professor of earth sciences at Dartmouth. “The motivation of this research was to better explain how archaea respond to all major types of stress in their environment, and how they record that stress in fat molecules that last over geologic time.”

Cell membranes are constructed from lipids that protect cells from changes in their surroundings such as temperature, acidity and the availability of food. Fluctuations in those external conditions can cause the organisms to change their membrane structure to aid in survival.

Common ocean-dwelling archaea respond to shifts in temperature by changing the “packing efficiency” of their lipid membranes. The closeness of this side-to-side packing between the individual lipids can be tuned by adjusting the number of molecular rings in the lipids. Counting the number of rings in these preserved lipids allows researchers to use ancient deposits of the microorganisms to determine past ocean temperatures.

While most research on archaeal membranes has focused on species that live in lakes and oceans, the Dartmouth researchers studied thermoacidophiles – acid and heat-loving relatives that originally evolved in hot springs and thrive in some of Earth’s most extreme environments. Instead of studying how the microbe reacted to temperature changes, the research team focused on the effects of varying food and energy availability.

“The idea that access to food stimulates membrane changes has recently been proposed in low-temperature archaea that live in the ocean. This is the first demonstration that this effect occurs in high-temperature, acid-loving microbes as well,” said Leavitt, who served as the senior researcher on the study.

The Dartmouth lab used a thermoacidophile called Sulfolobus acidocaldarius for the experiments because of its close evolutionary relationship to ocean-dwelling archaea and because it was common in extreme environments throughout much of the planet’s past history, giving researchers a window into previous conditions on the planet. The microbe’s rapid growth rate also makes it useful in laboratory experimentation.

Researchers placed the organism in a bioreactor with a constant temperature of a scalding 80 degrees Celsius and a pH level close to that of battery acid. By controlling the amount of sugar available to the microbe, the team demonstrated that food levels are directly linked to the number of rings in the membrane.

“This bioreactor-based approach was unique because it allowed us to fully isolate the effect of limiting sugar to these microbes,” said Alice Zhou, who served as first author of the study while she was a graduate student at Dartmouth. “This is different from the vast majority of microbiology experiments that are conducted in closed-system batch cultures, where multiple variables such as solution chemistry and population size change over time and confound results.”

The research aims to help geologists and climatologists in their efforts to fine-tune records of past sea surface temperatures as they piece together portraits of Earth’s past climate.

“It’s critical that we are as careful as possible when we interpret the geological record. It is pretty rare that there is just one factor at play. We need to understand all the parameters before we make big-picture projections,” said Leavitt.

According to the research team, the existing proxy that relies on data from archaeal membranes to determine past temperatures – known as TEX86 – is accurate in most sea surface environments. However, there are noticeable anomalies in places such as the polar regions where temperatures predicted by TEX86 can disagree with actual measurements.

Because there are conditions under which the current TEX86 proxy may lead to inconclusive results, it is hoped that the research can help refine climate records where disagreements exist.

According to the research, energy limitation is a common phenomenon that causes these microbes to alter the types and structures of lipids produced. This research suggests that the response in lipids to energy limitation may be universal across archaea, and must therefore always be considered when evaluating what lipids recovered from ancient sediments might be telling the research community.

This research was funded by grants from the American Chemical Society and NASA.