The professor of geography will examine the science and sociology of river restoration. 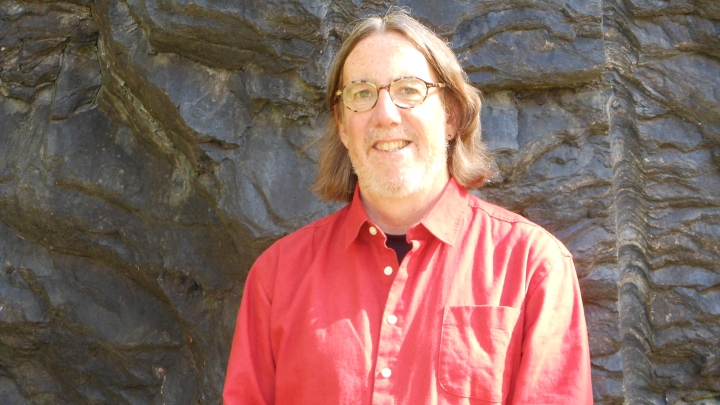 Geography professor Frank Magilligan, the Frank J. Reagan ’09 Chair of Policy Studies, is among 175 scholars, artists, and scientists in the United States and Canada awarded fellowships from the John Simon Guggenheim Memorial Foundation for 2020.

“The Guggenheim Fellowship is an incredible honor,” Magilligan says. “It is a recognition of your accomplishments, and also recognition that you’re going to try to move the needle in some field, whether it is geography, dance, playwriting, or being a novelist. In some ways, it’s hard to process such good news in these times. I’m still in total disbelief.”

Provost Joseph Helble says, “Frank Magilligan’s work exploring how science, ecology, and social and political factors influence watershed management is essential not only to the environmental challenges, but also to the political challenges we face as a society. Congratulations to Frank on this recognition of the important contribution his scholarship can make to society.”

“It is gratifying that two Dartmouth scholars this year have been honored in this way,” Helble added.

Guggenheim fellowships, awarded annually to “individuals who have already demonstrated exceptional capacity for productive scholarship or exceptional creative ability in the arts and sciences,” according to the foundation’s website, are intended to encourage creative freedom in leading artists and scholars in the United States.

This year the foundation made note of the extraordinary circumstances the awardees are facing as they pursue their work during the COVID-19 pandemic, and noted that the fellowship’s founding principle of encouraging creative freedom in leading artists and scholars in the United States is as important now as ever.

Edward Hirsch, president of the foundation, wrote, “As we grapple with the difficulties of the moment, it is also important to look to the future. The artists, writers, scholars, and scientific researchers supported by the Fellowship will help us understand and learn from what we are enduring individually and collectively, and it is an honor for the Foundation to help them do their essential work.”

Magilligan will use the fellowship to complete a book, Watershed Moments: Science, Values, and American Rivers. The project will examine the environmental and biophysical as well as the social, cultural, and political factors that animate contemporary efforts to restore rivers, he says.

“This book, with its grounding in both social and natural sciences, will offer readers across the political and disciplinary spectrum the chance to better grasp what’s at stake when envisioning our nation’s rivers,” Magilligan says.

Communities undertake river restoration projects for many reasons, Magilligan says, sometimes for hazard mitigation such as preventing flooding or stabilizing a channel, but other times for aesthetical or ecological reasons, such as promotion for recreational use or protection of an endangered species.

“My goal is to present river restoration not as an outcome but rather as a lens through which to evaluate the structure and dynamics of contemporary environmental conflicts, which themselves reflect deeply embedded struggles over power relations and social change,” he says.

Magilligan has been working for decades on the biophysical impact of dams, particularly in Vermont. His hydro-morphological research in the wake of Tropical Storm Irene and more recently on dam removal as a restoration strategy has been widely cited. More recently, with support from the National Science Foundation, Magilligan and Dartmouth colleagues Professor Christopher Sneddon, chair of the geography department, and Senior Lecturer Coleen Fox began looking at the social dimensions of dam removal.

“It brought me face to face with local environmental politics,” Magilligan says. “We went to dozens and dozens of public meetings and did numerous interviews with opponents and proponents of dam removal and witnessed how contested these debates can be and also how science configures—or not—into the discussion. That got us thinking about the intersection of science, values, and politics. That is the root of what I want to address with this book project. I am extremely grateful for the support the Guggenheim Foundation is providing to support this work.”

Sharma, Dartmouth’s other 2020 Guggenheim recipient, plans to use the Guggenheim fellowship to continue his research on the feasibility of using clay minerals to remove carbon dioxide from the atmosphere and sequester it in the ocean.

Other Dartmouth faculty who have received Guggenheim fellowships in recent years include, in 2018, Michelle Warren, a professor of comparative literature; Sienna Craig, an associate professor of anthropology; choreographer John Heginbotham, a lecturer in theater and director of the Dartmouth Dance Ensemble; and composer Ashley Fure, an assistant professor of music, in 2017.