How Would You Use $1 Trillion in Stimulus Money?

Dartmouth economists have an online conversation about the federal pandemic aid package. 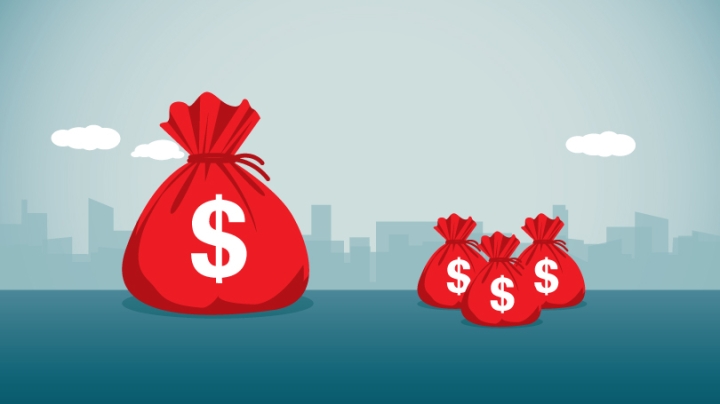 Preparing for spring term kept economics chair Nina Pavcnik so busy that she hardly had time to miss the usual lively conversations with her colleagues in Silsby Hall. That is, until she got an email from Associate Dean for the Social Sciences Daniel Rockmore, with a query for Dartmouth’s economists.

“If you had $1 trillion to stimulate the economy and deal with the COVID-19 pandemic, how would you use it?”

Pavcnik, the Niehaus Family Professor in International Studies, thought starting a conversation with her colleagues by posing this question was just the thing to lift the mood as they prepared to welcome back students for an unprecedented remote-learning term.

“I personally also wanted to hear what my colleagues thought were the best responses to mitigate the economic impact of COVID-19,” Pavcnik says. “We usually discuss these sorts of questions informally over lunch in the department lounge. We’re now working from home. And to be honest, over the last week, all of the conversations in department meetings on Zoom have focused on spring teaching and transitioning to remote learning.”

She sent out a short note and her inbox quickly filled up with responses, listed below. Rockmore’s original email appears first, followed by the responses in alphabetical order.

We were talking last night about the following: If you had $1 trillion to stimulate the economy, how would you do it? From my naive perspective, wouldn’t it make more sense to use it to get small business sectors back on track and also provide services and sequester the sick and at-risk populations? In other words, basically let the non-at-risk populations get back to work in some abbreviated way, expand the at-risk care work sector, and keep at-risk people at home?

Giving everyone a check is basically just a gift to Amazon and a salve to a few. If you were living paycheck to paycheck before the pandemic, this isn’t going to stop that, it’s just going to alleviate by several weeks. I.e., we want a pump, not an injection, right?

I would pay the wages of those who have lost their jobs, probably up to 80 percent for three months, to start with, for those whose jobs closed due to the virus. I would send every adult who filed a tax return and made under $100,000 a year a cheque for $2,000 a month.

I would also demand that the aid package be at least tripled to $3 trillion, given that in a number of states filings for unemployment in the last week have gone up 30-fold. The number last week was 200,000 and it might well hit 5 million next week. We need helicopter money to get to ordinary people, not aircraft money to fund aircraft companies like Boeing.

America needs “maintenance” more than stimulus. We are currently in a period where governments are actively discouraging economic activity through the promotion of self-isolation as a way to “flatten the curve.” Now, we need maintenance to help families meet their basic needs and to help employment opportunities survive this period. Wealthy families and large employers should be able to buffer this transition period so long as liquidity persists in credit markets. For less-fortunate families and smaller employers, direct cash transfers are the most efficient way to make sure families and employers have what they need to survive this period of self-isolation.

The main goal of any program should be to put the economy on hold for two months in ways that allow a restart to happen quickly for both households and firms. This requires that we avoid cash-flow crises at both the consumer and business level. We should suspend all consumer debt payments such as mortgages, car loans, utilities and credit cards for two months. Credit reporting agencies should ignore missed payments. No one should be evicted, foreclosed upon or have their credit rating destroyed over the next two months.

This should be accompanied by $2,000 payments to all adults and $750 to all children so that basic needs can be met. On the small business side, there should be a similar suspension of rent and mortgage payments. No business should lose their lease over missing payments. Loans should be provided to all the creditors impacted by these suspensions of payments. The Federal Reserve has already moved to provide loans to small businesses and is well positioned to provide liquidity to banks that are lending to consumers and businesses.

To mitigate the economic effects of the COVID-19 crisis, the government should buffer the incomes of firms and people who work in sectors that need to shrink to reduce the spread of the coronavirus. Since there are many more people than firms, the government can more easily and quickly act through firms.

The government should require that all firms, for the duration of the crisis, keep their usual payroll, not lay off workers, and offer to rehire workers whom they laid off since March 1. To help firms meet these obligations, the government should provide a hardship tax credits to firms whose revenue fell by more than 10 percent relative to the same month last year. This tax credit would be refundable and equal to 90 percent of the revenue loss beyond the first 10 percent of revenue loss, minus the firm’s reductions in expenses on inputs. Firms will only be eligible for the hardship tax credit if they behave in a way that is consistent with facing hardship (like not paying bonuses to CEOs, not paying dividends, or engaging in stock buy-backs). The government should require firms to provide paid sick leave at 80 percent of workers’ usual salaries, reimbursed by the government through a refundable tax credit.

Finally, the government should guarantee hardship loans made by banks to firms facing liquidity problems. Further details on these proposals as well as additional things the government should do for self-employed individuals and those facing medical expenses from COVID-19 are detailed on my website.

I would prioritize cash to lower-income workers, particularly displaced workers. My analysis with James Feyrer and common sense suggests that these expenditures have the highest multiplier effects. Our examination of the American Readjustment and Recovery Act (2009) shows that transfers to lower income Americans created jobs at the rate of about $150,000 per job per year. This is more cost effective than the average effects of stimulus spending.

Such transfers to lower income households have a multiplier effect of around 2; each federal dollar spent created a total of $2 of GDP. Furthermore, it’s likely that the receiving households have the highest marginal utility of income. So it’s a win-win. Mailing checks and direct deposit is likely the fastest, clog-free way of getting money to households. Using the unemployment insurance system is certainly possible, but not as quick and will hit hurdles and overwhelm state unemployment offices. And we do not want to pre-condition receiving help on having lost all employment.

Finally, I would add that while such stimulus spending does increase the deficit in the short run, the benefits from shortening the recession and reducing its severity have a large fiscal payoff in the medium run.

Two, we need to recognize the manpower cost of successfully addressing the COVID-19 threat and mobilize accordingly. If the government is going to spend, it should use this occasion to buy what it needs—in bulk. (Sound familiar?) And now we have a whole bunch of service-sector employees looking for temporary work. State and, particularly, local governments should be hiring and training, with funding provided by the federal government, legions of people to facilitate this process. When the immediate threat has been contained, that corps of people can be shifted to address long-term preparedness.

Three, for any publicly traded company that needs short-term funding to remain liquid and solvent, like airlines and hotels, the federal government can provide it. However, it needs to take warrants as part of the deal, similar to the arrangements for banks in TARP (the federal Troubled Asset Relief Program), so that it more fully shares in the eventual recovery (and signals its belief that there will be a recovery). This is not an appropriate time to advance clearly partisan objectives when the business disruption is due to an external factor like the virus.

The economy is going to need many workers to shift jobs, including into jobs that, like construction and truck driving in normal times, involve some risk. We need to give assistance in a way that preserves incentives to be productively employed. Send everyone checks.