Director Daniel Benjamin is departing to become president of the American Academy in Berlin. 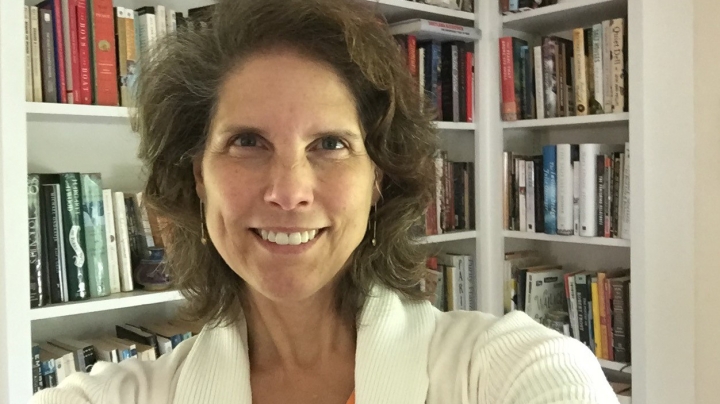 Christianne Hardy, special assistant to the president, will step in as interim director of the Dickey Center following the departure of Daniel Benjamin. (Photo courtesy of Christianne Hardy)
5/29/2020
Body

Christianne Hardy, special assistant to the president, has been named interim director of the John Sloan Dickey Center for International Understanding, taking on the role with the departure of director Daniel Benjamin, who has accepted the position of president of the American Academy in Berlin.

Hardy, who begins as interim director on July 1, earned a master’s degree and PhD in politics from Princeton University. She started work at Dartmouth in 2000, serving in a number of positions, including associate director of the Dickey Center, director of the Montgomery Fellows Program, and, most recently, as special assistant to President Philip J. Hanlon ’77.

“Chris did an exceptional job in the role during the transition from former director Kenneth Yalowitz to the hiring of Dan Benjamin. I know that she will be an excellent steward of the world-class programs that Dan has developed and expanded in his seven years as director,” says Provost Joseph Helble.

Benjamin, the Norman E. McCulloch Jr. Director at Dickey, came to Dartmouth from the U.S. State Department, where he served as U.S. ambassador-at-large and coordinator for counterterrorism under President Barack Obama. He says he is proudest of the practitioners he has attracted to teach at Dartmouth, from the policy world and journalism, including former State Department Director of Policy Jake Sullivan, former Acting Secretary of Homeland Security Rand Beers ’64 and journalist and biographer Philip Short. Among the top-level leaders he has brought in to speak at public events and meet with students are former secretaries of state Madeleine Albright and Hillary Clinton, former Secretary of Defense James Mattis, and former National Security Adviser Susan Rice.

Benjamin says he sees the presidency of the American Academy in Berlin, a private institute dedicated to enhancing the long-term cultural and political ties between Germany and the U.S., as an important mission at a time when America’s alliances are in flux. But the decision to leave Dartmouth was not an easy one, he says.

“Dickey has grown a lot in my seven-and-a-half years through programs like the Great Issues Scholars, the Global Health Initiative, the War and Peace Fellows, and the Gender and Foreign Policy program,” Benjamin says. “It has been a good run and an honor to build on the legacy of John Sloan Dickey and help educate students who are going to see the world’s problems as their own. Leaving Dickey, Dartmouth, and these terrific students is the hardest part.”

Hardy says she is looking forward to carrying on Benjamin’s work.

“The Dickey Center is near and dear to my heart,” Hardy says. “And quite frankly, to guide it through these turbulent times is an important challenge and an awesome responsibility. The need for international understanding is urgent now, and the Dickey Center is such a jewel for Dartmouth. It is vital that it continue to thrive.”

Benjamin will coordinate with Hardy through June to aid in the transition, and he hopes to keep a connection with the Dickey Center, he says. He plans to keep his home in Vermont and divide his time between the Upper Valley and Berlin.

The search for a permanent director is anticipated to begin sometime during the upcoming academic year.