‘Epidemics in History’ Traces Plagues From Antiquity to Today

A new class explores the effect of diseases on culture, politics, art, and literature. 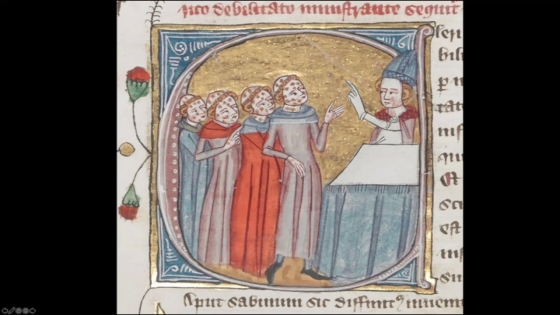 Daniel Benjamin, the Norman E. McCulloch Jr. Director of the John Sloan Dickey Center for International Understanding, speaks about the Biblical plagues in an introductory lecture for the epidemics in history class. (Edited by Chris Johnson)
5/28/2020

“Epidemics in History,” a course developed after Dartmouth moved to remote learning for the spring term in response to the COVID-19 pandemic, brought together scholars and undergraduates from across disciplines to explore the cultural and political history of epidemics from ancient times to the present.

The idea started with Daniel Benjamin, the Norman E. McCulloch Jr. Director of the John Sloan Dickey Center for International Understanding, who says he saw the class as an opportunity to put the current crisis in perspective.

Each unit of the class includes at least one video lecture prepared by faculty members or guest speakers that is supported by readings on the topic and followed up with small group discussion sessions in Zoom.

“The response was tremendous,” Benjamin says. “We have more than 20 faculty members and guest speakers lecturing from a really rich syllabus, and it clearly caught the interest of a lot of undergrads. We have nearly 100 students enrolled in the course.”

The class examines how epidemics through time have influenced art, political systems, philosophy, religion, and culture.

“We have Russ Muirhead in government lecturing on the Plague of Athens; econ professor Meir Kohn on the economic consequences of the Black Death; historian Colin Calloway speaking on the effects of smallpox on Native American people in the 18th century; Donald Pease speaking on epidemics in the works of early American writers such as Poe and Irving—it was just a remarkable outpouring from the faculty who pulled all this together in a very short time,” Benjamin says.

And the course followed through to modern times, right up to the COVID-19 crisis, Benjamin says.

“Scholars like Bethany Moreton in history put together four full lectures on AIDS,” he says. “We also tapped alums with deep experience, such as Martin Cetron ’81, a physician who is a senior official at the Centers for Disease Control, and Rand Beers ’64, who was a top White House official during the 2014-16 Ebola epidemic.”

Benjamin says the course spurred so much interest that he plans to start posting much of the course material on the Dickey Center website so others can learn from it.

Professor of History Cecilia Gaposchkin, a medievalist, presented seven mini-lectures looking at the how the Black Death influenced religious thought, the practice of medicine, the scapegoating of Jews, and how disease was integrated into the art and culture of the period. Amid the disruption of COVID-19, students and faculty seemed drawn to the chance to examine this history, and to try to understand how disease has influenced civilization, she says. 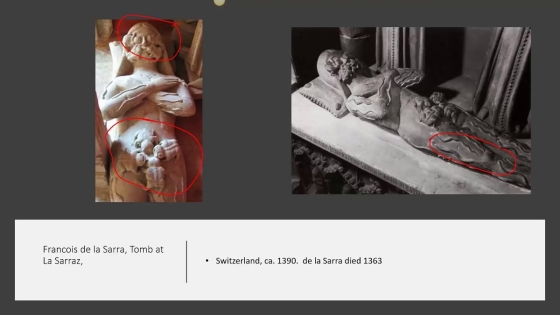 Professor of History Cecilia Gaposchkin lectures on the impact of the Black Death on art and culture for the epidemics in history class. (Edited by Chris Johnson)

“The Black Death is a compelling story, and it’s gory, but it’s suddenly now a live question, so students are interested in it because it’s exploring questions in the past that illuminate the present,” Gaposchkin says. “It becomes a heuristic mechanism to understand that there are different categories of thinking in response to such an event. As I often tell my students, ‘This is not that,’ but there are elements from that time that will help them in thinking about their present.”

Olivia Brody-Bizar ’21, a quantitative social science major, is studying remotely from her family home near Philadelphia. Though she would prefer to be on campus, she says, she appreciates that the history of epidemics class has allowed her to explore disciplines—like art history or literature—that are outside of her academic focus. And she says that the small group discussions in Zoom have provided a welcome space to connect with and compare notes with other Dartmouth students about life in this time of pandemic.

“When we talk about what we’re experiencing now, we use the word ‘unprecedented’ a lot. It’s unprecedented for our lifetime, but epidemics have been there throughout history,” she says. “I see parallels with the past in the way epidemics take hold of society, often in ways that can’t be seen in the moment, but I’m really comforted by the fact that we are living now, and that we have science and technology and hopefully there is a solution on the way.”

The class has also shown her that epidemics have sparked positive change, Brody-Bizar says. “We talked a lot about the art and invention that came after plagues and how it spurred a lot of innovation and changes to society. We’re seeing that in real time with the way people are being inventive in socializing and in the changes to daily life. I don’t know that we can predict what’s to come, but I think there will definitely be drastic changes. It’s happened before, so I feel like there is solace in a historical point of view.”