The four will pursue graduate study at Stanford University.

Anela Arifi ’20, Devyn Greenberg ’17, Garrett Muscatel ’20, and George Wilson ’16 have been named Knight-Hennessy Scholars—joining more than 80 other top students from around the world to pursue graduate study at Stanford University in the third Knight-Hennessy cohort since the program began.

“Congratulations to Anela, Devyn, Garrett, and George on this recognition of their leadership and academic accomplishments,” says Jessica Smolin, assistant dean of faculty for fellowship advising. “Their commitment to using their intellectual curiosity and creativity to improve the lives of others exemplifies the best of Dartmouth.”

The Knight-Hennessy scholarship—the world’s largest fully endowed scholars program—is named for Stanford’s 10th president, John L. Hennessy, and for Nike, Inc. co-founder and philanthropist Phil Knight, a 1962 graduate of the Stanford Graduate School of Business, who donated $400 million dollars to the program in 2016. The scholarship “aims to prepare a new generation of leaders with the deep academic foundation and broad skill set needed to develop creative solutions for the world’s most complex challenges,” according to Stanford. 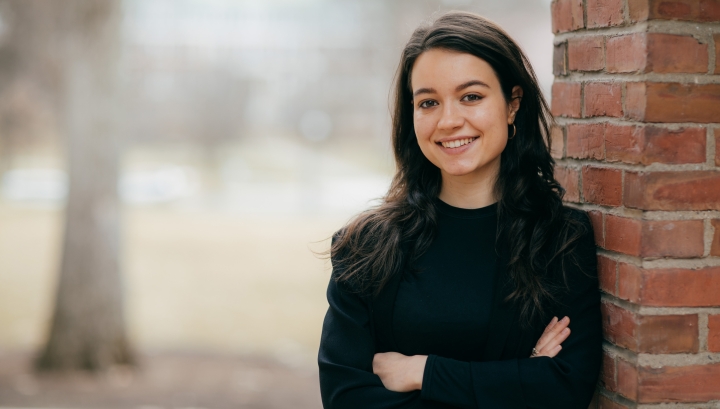 An environmental studies major and international development minor from Bosnia and Herzegovina, Anela Arifi ’20 plans to use Knight-Hennessey pursue a PhD from Stanford’s Emmett Interdisciplinary Program in Environment and Resources.

At Dartmouth, Arifi is a King Scholar, one of more than two dozen undergraduates from developing nations around the world who are committed to alleviating poverty in their home countries. Knight-Hennessy’s King Global Leadership Program is part of what drew her to the Stanford scholarship, she says.

“It’s a continuance of something I have absolutely loved here at Dartmouth,” she says. “The program encourages us to think like people who are going to be able to influence the world.”

Arifi is passionate about sustainable energy—specifically how energy-poor communities can transition to alternative energy sources. “I’ve seen energy poverty firsthand, and I want to do something about it,” she says.

In high school, she co-invented a system to produce biodiesel from waste chicken feathers and developed a reactor to produce biochar from municipal waste.

At Dartmouth, she works on making fuel ethanol from microbes in the lab of Lee Lynd, the Paul E. and Joan H. Queneau Distinguished Professor of Engineering at the Thayer School of Engineering. She played first flute in the Dartmouth Symphony Orchestra, studied abroad in Japan, South Africa, and Namibia, and served as a junior energy analyst at the World Bank.

“Dartmouth has been a nourishing place where I was able to not only develop my skills and knowledge but also discover new ways of thinking that I didn’t know existed. Being able to bring this background to the Knight-Hennessy program is mind-blowing to me.”

Of her opportunities at Dartmouth and now at Stanford, she says, “I wouldn’t be here if it wasn’t for my mom, who has given everything for me to be the person I am.” 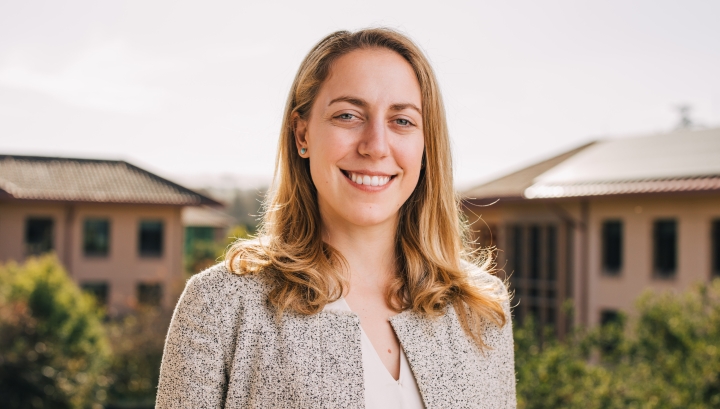 Devyn Greenberg ’17 calls the Knight-Hennessy scholarship “no less than the culmination of everything I’ve done to date and everything I’m hoping to do in the future.”

The native New Yorker majored in government with minors in human-centered design and Middle Eastern Studies. After graduation, she was a Fulbright Scholar in Rabat, Morocco, where she taught English at the National Architecture School and volunteered at the Moroccan Center for Innovation and Social Entrepreneurship. She is currently a San Francisco-based consultant at Bain & Company.

Greenberg describes herself as “a passionate design thinker who dreams of building radical collaboration around our toughest global issues.”

At Stanford she plans to work toward a joint master’s in business administration and public policy, with the long-term aim of finding ways to implement “design-led innovation in our federal government,” she says. “My vision is to build more empathetic and equitable public services through the lens of design thinking and design processes.”

At Dartmouth, Greenberg learned how to “immerse myself in diverse settings and bring a learner’s mindset to those spaces.” She participated in a foreign study program in Morocco, served as an intern at the White House, was an exchange student at the University of Oxford, and worked with incarcerated women through “Telling Stories for Social Change,” a course that brings students to local prisons and rehab centers for art and theater workshops.

A course on design thinking (“Engineering 12”) was “transformative,” she says. “It taught me that every single one of us is creative. One of my life’s missions is to help others discover their creative confidence and recognize that it is applicable to everything that they do.”

Of Knight-Hennessy, she says, “Receiving this scholarship is one of the greatest honors of my life. It feels like a true call-to-action. I believe that each of us has a responsibility to be bold in the service of others. This incredible opportunity only inspires me to double-down on this belief, and to be intentional about magnifying the impact of their support.” 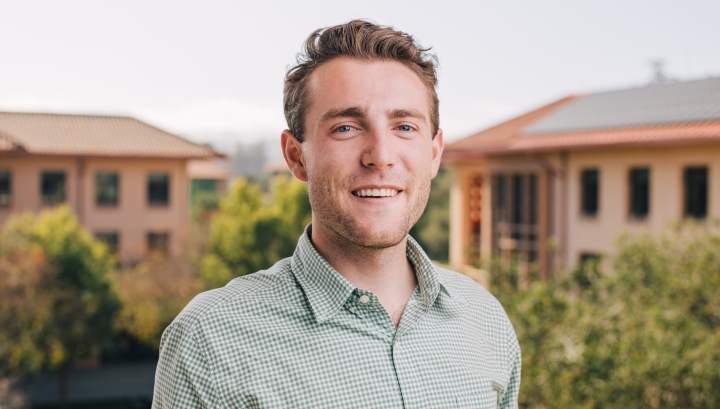 Garret Muscatel ’20, an economics major and government minor who represents Hanover in the N.H. House of Representatives, will use his scholarship to attend Stanford Law School.

“I’m so grateful to have received this award—I feel privileged to have this opportunity to become a more effective leader and changemaker,” he says.

And, he jokes, “I’ve written laws as a state rep, so I think it’s about time that I learned a bit more about the law.”

Muscatel’s interest in politics and public policy came early. “In 2009 I had the opportunity to attend President Obama’s first inauguration,” he says. “As a 10-year-old, standing in freezing cold with a million other people who are so excited, ready for change, hopeful that this country could become a better place, I knew I wanted to be involved in that process.”

In 2016, he worked on Hillary Clinton’s presidential campaign. Clinton’s loss “made me lose some hope, but pretty quickly afterward I got back in the fight,” he says.

Recognizing that LGBTQIA+ rights were at risk, he decided it was time for him to come out. Seeing the effort by New Hampshire lawmakers to curtail college student voting rights, he testified against the legislation in Concord. When the bill passed, he became a plaintiff in a successful lawsuit against it. Finally, when the house passed what he characterizes as “even worse legislation, I felt like I had no choice but to run for office to change the law myself and to be a voice for college students.”

Being at Dartmouth provided him a front-row seat to the 2020 presidential primary, he says. “I could never have imagined what an amazing experience it would be to be here during the largest primary field in history. As a legislator, I got to hold candidates accountable on issues affecting students, whether it was climate change, voting rights or gun violence prevention.”

Of receiving the Knight-Hennessy Scholarship, he says, “ I couldn’t have done this without the support of my family and friends—and especially the Dartmouth College Democrats.” 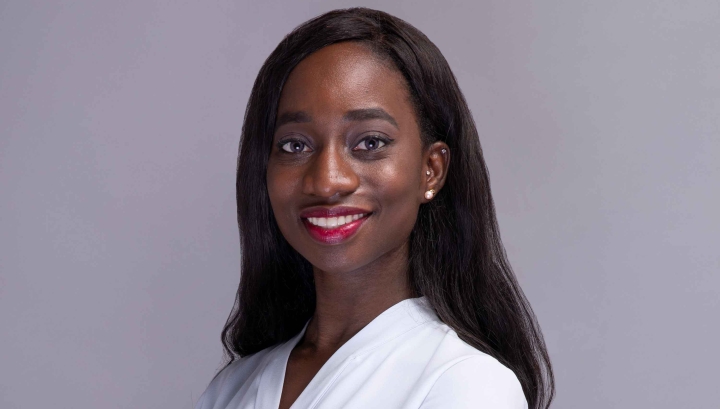 Since graduating from Dartmouth with a major in government, George Wilson ’16—who is a dual citizen of Ghana and Nigeria and as child also lived the U.K. and Switzerland—earned a master’s degree in Chinese law and society as a Yenching Scholar at Peking University and has worked as a user experience researcher for Lenovo Software Limited in Beijing. She is currently a research analyst at Spurt! Business Consultancy, based in Lagos, Nigeria.

Now, as a Knight-Hennessy Scholar, she is on her way to California to pursue a JD at Stanford Law School.

“I’m interested understanding how institutions shape societies,” she says. “My interest in law stems from a desire to understand how the rules and regulations we create determine how people navigate our systems and how these rules either hinder or facilitate certain behaviors. And then, I am interested in how this insight could be applied to ensure a more effective legal reform that takes into account what the people who come into contact with a legal system need to properly understand and navigate it.”

The global community at the heart of the Knight-Hennessy program reminds Wilson of what she valued most her Dartmouth experience.

“At Dartmouth, I drew a lot of strength and support from my fellow international students because we shared a unique Dartmouth experience,” Wilson says. “The Knight-Hennessy program admits scholars from all over the world who, like me, will be foreign students in a largely American campus.”

Receiving the Knight-Hennessy scholarship is “incredibly humbling,” she says. She was drawn to the program because of its interdisciplinary focus and its international mission.

“A JD degree can leave little room for exploring other academic fields, but the structure of the Knight-Hennessy program offers the opportunity for me to be continually exposed to ideas from across disciplines,” Wilson says.

“I think it is important to train people to consistently think about global issues, even the ones that may lie outside their fields of specialization. That’s how you come up with creative solutions and learn to view things from multiple perspectives.”