Court Ruling During Pride Month Cause for Celebration, Caution

A professor and a student weigh in on court decision, Pride march anniversary. 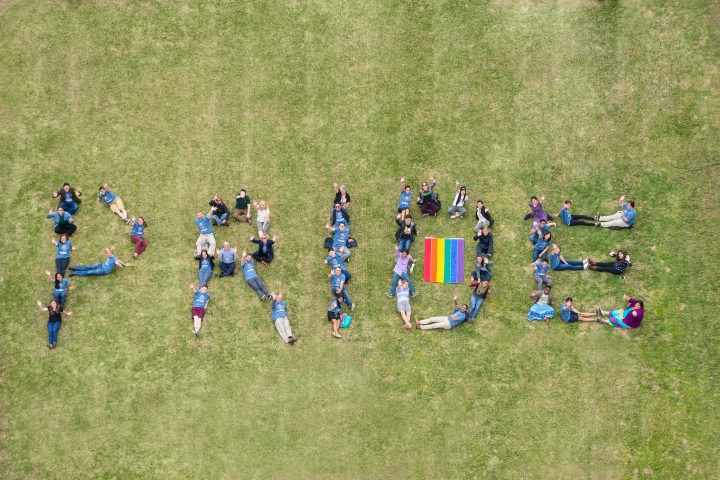 On June 15, the Supreme Court ruled that the Civil Rights Act of 1964, which prohibits discrimination based on sex, applies to gay and transgender employees. The 6-to-3 decision, made in the middle of Pride month, came as a welcome surprise to supporters of LGBTQIA+ rights, some of whom say the ruling is cause for caution as well as celebration.

Olivia Goodwin ’21 says the decision is proof that progress has been made in the past, but cautioned against complacency.

“On paper it’s there now, and that’s a good thing. It has value. But if you can’t put it into practice it doesn’t really mean anything concrete,” said Goodwin, who helped organize a series of online Dartmouth Pride events held last month. “People learn to be politically correct in public, but it doesn’t necessarily change the underlying mentalities.”

Eng-Beng Lim, director of the Consortium of Studies in Race, Migration, and Sexuality and an associate professor of Women’s, Gender, and Sexuality Studies, describes his initial response to the ruling as “a happy dance, full-on yay.”

Like the decision this month to block attempts by the Trump administration to end the Deferred Action for Childhood Arrivals program, the ruling was an unexpected victory by a Supreme Court that “didn’t seem particularly friendly to difference,” Lim says. “Huge kudos and thanks to all the advocates who have pushed so hard to make this court decision ... People were just floored, so happy.”

Yet this step forward can’t be allowed to serve as “pink-washing” to uplift the gay community and somehow compensate for lack of progress in other areas, Lim says, noting that on June 15, the Supreme Court also declined to reexamine the doctrine of qualified immunity, which protects police and government officials from being held personally liable for constitutional rights violations, even as Black people continue to be “gunned down with impunity by the police.”

Taken as a whole, the recent decisions prompt the question of how we might understand racial and sexual oppression, Lim says. “We have to think about the rights and dignity of African Americans and the issue of anti-Black racism as universal struggle, and how we are all involved in that struggle as queers for social justice, and that we are all involved in the rights and dignity of those who are for DACA, and so forth.”

In the United States and beyond, Pride celebrations often culminate in parades. Despite the pandemic, which has forced events online, parades planned for this month have including many held yesterday, the 50th anniversary of the first Pride march in New York City. That parade commemorated the first anniversary of the 1969 Stonewall riots, six days of protests and clashes with law enforcement in response to a police raid at the Stonewall Inn, a gay bar in Greenwich Village.

The Dartmouth Pride events, which included a movie night, roundtable talk about transgender-related resources, and panel discussion on navigating Dartmouth socially and academically as an LGBTQIA+ person, were organized under the theme “Seeing Queerly.”

The title was chosen as both a pun, for the year 2020, and because typically conversations are “washed in heterosexual, cisgender norms, but when you learn to see queerly, you … recognize it as a way to interpret how you see people, relationships, and situations,” says Goodwin, noting that when it comes to changing people’s mindsets, “ally-ship” goes a long way. Particularly in peer groups, the most useful tactics for addressing issues like transphobia and homophobia are often the most subtle, such as casually calling out behaviors “and then moving on.”

Reflecting on a half century of Pride, Lim says it’s important to look beyond convenient mainstream journalism tropes and Western majority thinking that limits markers of LGBTQIA+ progress to coming out narratives and parades.

We need to search out literature, artwork, narratives, performances, and aesthetics that “exceed the normative expectation of what queer is,” says Lim, who also describes his “radical intersectional joy” at the possibilities inherent in the current moment. “We are getting to celebrate Pride as Black Lives Matter, Black trans lives matter … We can finally unhinge the hyper-corporatization of Pride parades … toward a more intersectional understanding of gender, sexuality, race, ethnicity, migration, and indigeneity.”