Online meetups, student spotlights, and a weekly column are new this term. 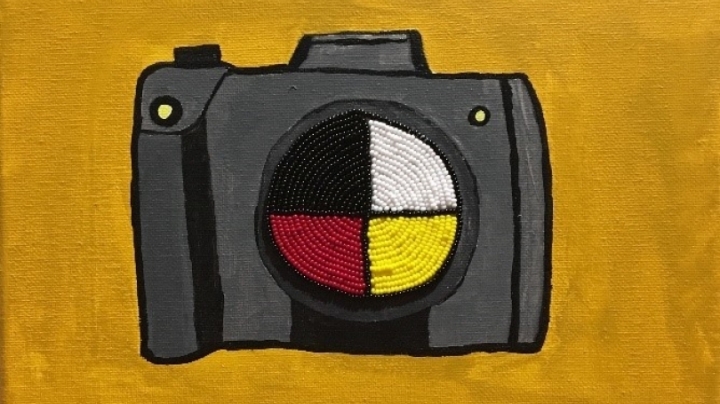 Camera Medicine, a beaded painting by Caitlin Wanic ’21, is among three pieces featured in a student spotlight about Wanic, a Native American Studies and studio art major. (Photo courtesy of Caitlin Wanic)
6/02/2020
Body

In the lead-up to spring term, the Native American Program moved its existing offerings online and added new initiatives to help support students, scattered across the country, during the pandemic. From weekly meetups to guest columns to student spotlights—each created to maintain continuity and community—diversity has been key.

Capturing something that would benefit everybody in the way they need would be hard, says Sarah Palacios, director of the Native American Program. Instead, they’re offering a variety of programs, “so if students need something, or they want to access something, it’s available.”

Along the way, Palacios has stayed in contact with the other members of Dartmouth’s Native American Council.

“Some students just have stronger ties or connections with different members of the community,” she says. “So, if they are going to any one of us, we’re making sure that everybody knows what resources are available.”

With courses moved online, students were worried about losing “organic interactions” with faculty members outside of classroom hours, says Palacios. The weekly community meetups on Zoom, and “Words of Wisdom,” a column for the Native American Program newsletter, were designed in response.

Each week, a Native or Indigenous staff or faculty member, or a professor teaching courses popular with Native American Program community members, writes a letter sharing guidance for students and attends the meetup as the featured guest. Visitors have made presentations, played music, or just talked with students, each providing an emotional boost.

At one meetup, a student said her cheeks hurt from smiling so much, Palacios says. “Every now and then we have that break where we’re laughing and chatting with each other and are able to forget for a few moments that we’re sitting in complete isolation. Or, on the flip side, that we haven’t had a moment alone because we live with so many people.”

Another initiative popular with students is a weekly column chronicling the adventures of a goldfish who lives at Native American House, Palacios says. Todd’s Tales, written by Steven Abbott, associate director of admissions and coordinator of Native/Indigenous outreach, “really helped them to feel connected to campus.” 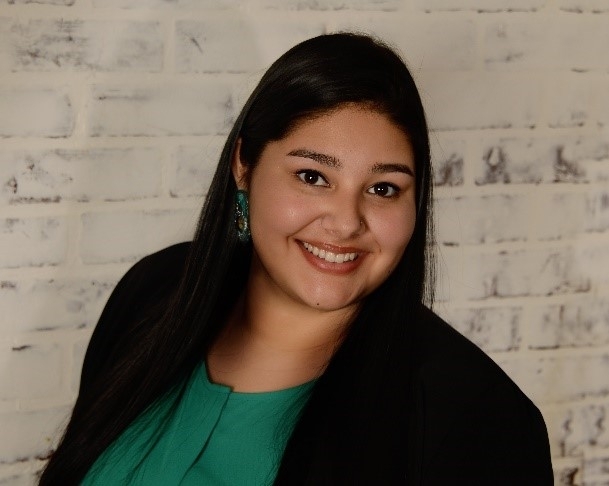 Caitlin Wanic ’21 was featured this term in a student spotlight, which is one of several new online initiatives created by the Native American Program. (Photo courtesy of Caitlin Wanic)

Also new this term, an online Student Spotlight provides a space for Native and Indigenous students at Dartmouth to share their thoughts and talents. The autobiographical columns cover everything from career plans to volunteerism to passions such as running, acting, and art.

A spotlight on Caitlin Wanic ’21, of Bay Mills Indian Community, featured several pieces of her artwork, including Camera Medicine. She made the beaded painting as part of an independent study project in Santa Fe, N.M., that focused on “the shared experiences of Natives from different cultures,” says Wanic, a Native American Studies and studio art major.

Wanic created beaded paintings for each of the people she interviewed “to represent the coming together of both western and Indigenous art practices,” she says. Camera Medicine, made for Ho-Chunk photographer Tom Jones, represents “a medicine wheel and Jones’ connection to his culture through his work.”

In addition to offering new initiatives to ensure connectedness with students, Palacios says, the Native American Program is regularly sharing information about other available resources.

Due to social factors that have caused many inequities, including a disproportionate number of high-risk health issues, the pandemic has hit native communities especially hard, she says. And in remote areas, getting access to healthcare has become more difficult than usual.

“Members of our community … members of their tribe, or members of their extended family” will likely be directly affected by COVID-19, whether from an employment or health standpoint, Palacios says. Students who may be struggling already to balance academic work and family obligations, due to the interconnectedness of indigenous communities, will also need to process their emotions about the pandemic’s effect on family members, “or just the sadness and anger of seeing this happening to our communities.”

Palacios and Shelbi Fitzpatrick ’19, assistant director of the Native American Program, have moved their office hours online. And to help the ’23s, a closely knit group, stay connected, Fitzpatrick, the primary advisor for first-year students, created an online drop-in just for the students and regularly sends them video messages. 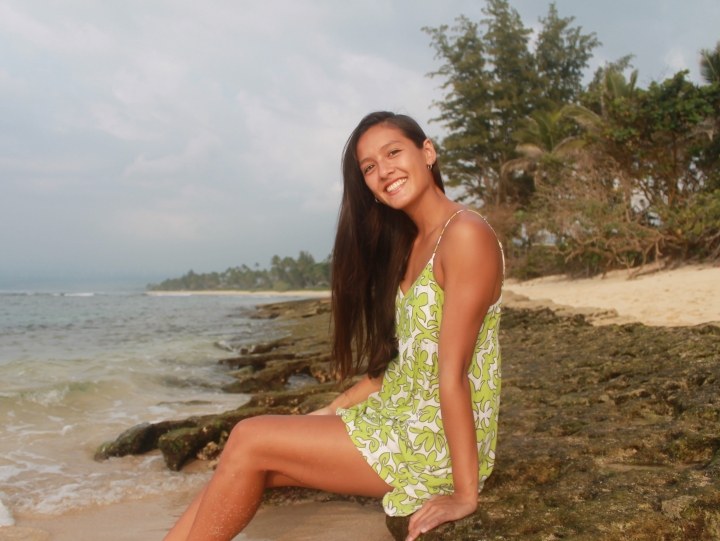 Considering the limitations of technology, everyone in the program, including her fellow advisers, has done “a tremendous job in helping students,” says Ng, a studio art major and Native Hawaiian from Oahu who focuses on the student wellness and academic skill centers. “I’m grateful that I’ve been able to be a part of that because it is important to have that center foundation of our community to support people and just be there and stay connected.”

The advisers host weekly get-togethers featuring food and activities related to their respective fields, which include professional development, internships, and science and engineering.

The Friday gatherings offer an opportunity to reconnect at the end of the week and “check in and see how everyone’s doing,” says Ng. 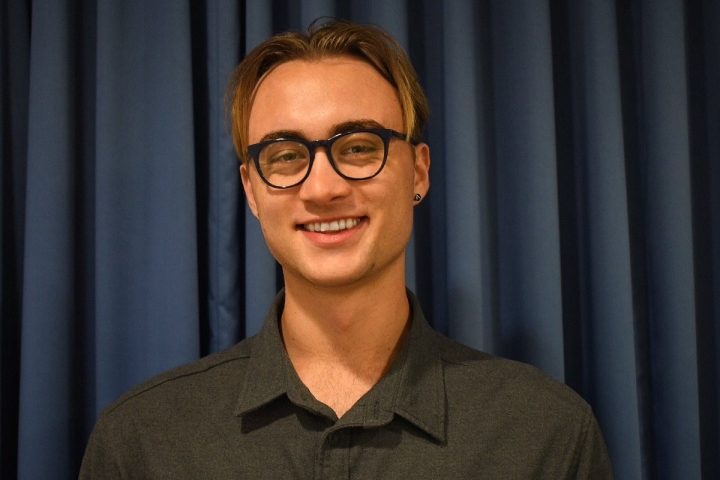 Evan Barton ’20, a peer adviser whose focus includes the Center for Professional Development, organized an online networking event with alumni representing a variety of professions. “I got the idea that during our virtual term is one of the best times to stay connected with each other and build new connections with alumni who have similiar experiences to us,” said Barton, a Native American Studies major. The online event, which attracted more than two dozen undergraduates, “went over well, and people were very interested in more events like this in order to stay connected.

At a virtual get-together Ng hosted, spontaneity set the tone. ”It was awesome because it was just this community event that occurred,“ says Ng, who had planned to play games but quickly shifted gears when a students suggested they practice yoga. ”It was all good fun, and I think it just allowed everyone to have a really nice conversation and check in and hang out in sort of a normal way.“