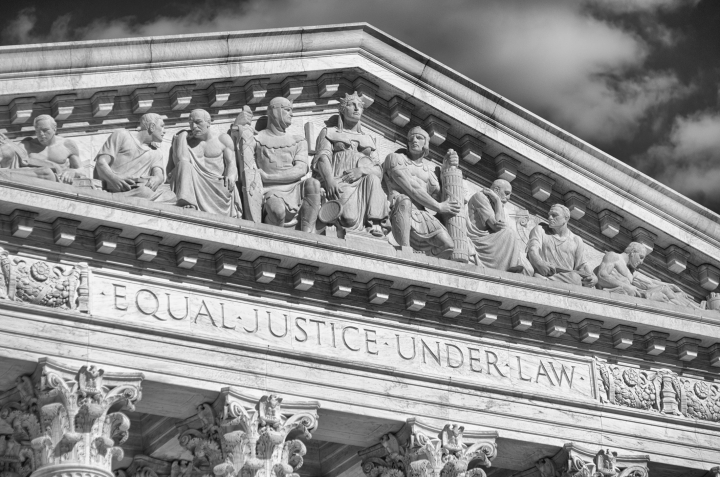 Dartmouth President Philip J. Hanlon ’77 hailed the U.S. Supreme Court ruling Thursday rejecting the Trump Administration’s effort to end legal protections for about 700,000 young immigrants in the Deferred Action for Childhood Arrivals, or DACA program, allowing these “Dreamers” to continue to work and go to school in the U.S. without the threat of deportation.

The eight-year-old DACA program covers young people who have been in the United States since they were children but do not have legal immigration status. Since the Trump administration first moved to abolish the Obama-era program, civil rights and immigration groups, Democratic-led states, and many universities, including Dartmouth, have opposed the move, joining friend-of-the court briefs before the high court.

“We are deeply gratified by today’s Supreme Court decision striking down the rescission of the DACA program as arbitrary and capricious,” President Hanlon said.

“The undocumented members of our academic community are not only outstanding students; they are exceptional individuals who have persevered through unprecedented challenges in pursuit of excellence in higher learning with the goal of making positive contributions in all aspects of society.”

Chief Justice John Roberts joined the four liberal justices, writing for the majority in the 5-4 decision. Roberts rejected the administration’s argument that the program was illegal, but left open the prospect that the Department of Homeland Security could still challenge DACA on other grounds.

Until her recent graduation, Kenya Pascascio ’20 was co-director of the Coalition for Immigration Reform and Equality at Dartmouth (CoFIRED), a student organization that works closely with administration to ensure that undocumented students have the resources they need to succeed.

She said even though the court’s decision to preserve DACA resulted from a technicality, it was still a win for dreamers.

“Like a lot of immigrant rights organizations, I think we were hoping for the best but preparing for the worst,” she said. “This is not how we expected things to go at all, but this is definitely a victory, and I am reminded that there is power in the people and organizing.”

There remains a lot to do, Pascascio said. “The fight is not over at all. There are many undocumented young people and their parents who are left out of DACA and still have to live in fear of deportation everyday of their lives. We must continue to fight for them, as well.”

Because DACA was created though executive action rather than legislation, the court was only reviewing whether the Office of Homeland Security followed the proper agency rules in setting up the program, said Associate Professor of Government Sonu Bedi, the Joel Parker 1811 Professor in Law and Political Science.

By calling the government’s actions “arbitrary and capricious,” Roberts was not challenging the right to abolish a policy, but saying that the administration has to give more reasons than “it’s illegal.”

“In one sense the court is sending it back into the political arena by requiring the administration to come up with some arguments for ending the policy. Whatever the reasons they will have to be revealed, and that creates transparency and opens it up to debate,” Bedi said.

Professor of Geography Richard Wright, whose work examines immigration, migration, and racism, said the ruling was cause for celebration. Some of his students have been able to study at Dartmouth because of DACA.

“The students I know in the program will be crying with relief,” said Wright, the Orvil Dryfoos Professor of Public Affairs.

But he cautioned that the Supreme Court decision is technical and incremental, and does not address the fundamental problems at the root of the country’s immigration laws.

“This decision affects about 7 percent of the people in the country without authorization. About 700,000 out of 10 million,” Wright said. “One of the dangers of the DACA program is it isolates this group of people who many people, across the political spectrum, recognize as fully deserving of some sort of rights to stay in this country. In so doing, it paints the other 93 percent as undeserving. I don’t think that’s fair.”