Delmont will work with senior leaders on faculty equity, diversity, and inclusivity. 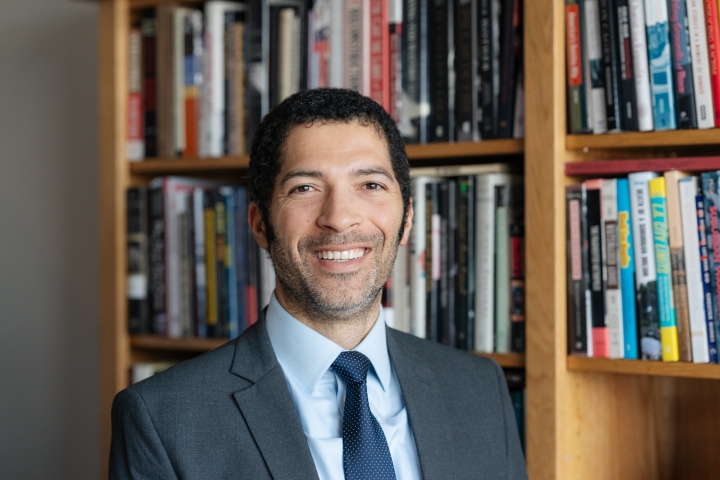 Delmont will collaborate with President Hanlon, Provost Joseph Helble, and deans Alexis Abramson, Duane Compton, Jon Kull ’88, Matthew Slaughter, and Elizabeth Smith on matters involving faculty equity, diversity, and inclusivity. His work will include facilitating campus conversations this summer; developing a long-term vision for the recruitment and retention of Black faculty specifically, and faculty of color more generally; and advising on the creation and implementation of curricular and co-curricular changes and effective support systems.

“My goal is to make hiring and retaining Black faculty and faculty of color Dartmouth’s highest priority. This will require us to change how we think about hiring processes, redouble mentoring and professional development efforts, and mobilize significant new financial resources to make the success of Black faculty and faculty of color a core part of Dartmouth for generations to come,” says Delmont, who will continue with teaching and conducting his research while in the advisory role.

“I accepted this role because I am troubled by the fact that the number of Black faculty and faculty of color at Dartmouth has barely increased over the past two decades, and too many of these faculty continue to feel like they are on the margins,” he says.

Delmont’s appointment comes after Dartmouth’s senior leadership and members of the board of trustees earlier this month announced a series of measures designed to bring about meaningful change at Dartmouth and support change beyond the institution. In addition, they pledged their support for the growing movement across the nation to put an end to systemic and systematic racism following the recent killings of Black people at the hands of the police.

Hanlon says he looks forward to working with Delmont.

“I have the utmost respect for Matt as a scholar and colleague,” says Hanlon. “I’m glad to have Matt as a partner in this important work, which is among Dartmouth’s highest priorities.”

Included in the announcement from senior leaders is a plan to elevate the next leader of the Office of Institutional Diversity and Equity (IDE) to the level of vice president and chief diversity officer, reporting to Hanlon and serving as a member of the president’s senior leadership team.

A search to fill the new chief diversity officer role will begin soon and will be announced separately. In the meantime, Delmont will meet with the senior leadership team. While the search is going on, he will convene campus conversation sessions with faculty, staff, employee resource networks, and students to discuss the issues facing Dartmouth in ensuring an inclusive, welcoming campus environment. The conversations will also inform the chief diversity officer’s role and the mission, structure, and scope of IDE’s work, says Delmont.

The IDE office, which will continue to report to Helble in the interim, will have acting leaders until the new vice president is appointed. Kristi Clemens, Dartmouth’s Title IX coordinator and Clery Act compliance officer, will serve as acting senior director of IDE. Sophia Brelvi, the deputy Title IX coordinator for training, will work as IDE’s acting director of programming. In addition, during the search, the IDE office will manage a number of programs and initiatives, including Title IX services, employee resource networks, and the Campus Climate and Culture Initiative (C3I).

In their July 1 message, senior leaders wrote that they would make implicit bias training mandatory for all students, faculty, and staff, and that trustees would also participate in the training. Their initiatives include providing greater access to therapists of color; holding comprehensive exit interviews with departing faculty and staff of color to identify common themes; and beginning an enhanced retention plan to provide support and timely identification of issues.

Delmont says the Black Lives Matter movement is forcing institutions across the county “to reckon with the tremendous amount of work that remains to be done to ensure that Black faculty and faculty of color are able feel at home and thrive on campus.

”We know things need to change and now is the time to do the work.“