The founder of Buffalo’s Ujima Company used drama to explore race and ethnicity. 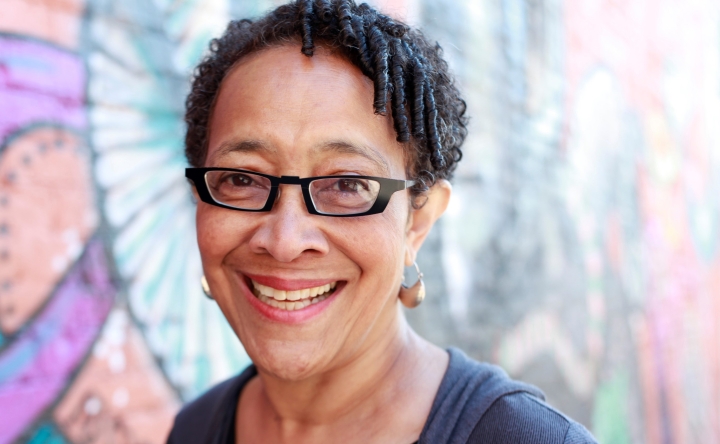 The Dartmouth community, and the theater world at large, have lost a gifted and courageous leader. Lorna C. Hill ’73, actress, playwright, director, teacher, poet, activist, and founder of the longest continuously running theater ensemble in Buffalo, N.Y., died June 30, at the age of 69, following a battle with cancer.

“Lorna Hill was among the first Black women to graduate from Dartmouth, and she spent her entire life creating opportunities for people of color to make riveting, provocative theater,” says President Philip J. Hanlon ’77. “Our hearts go out to her family and wide circle of friends and colleagues.”

Grace Hill (no relation to Lorna Hill), whose late husband, Errol Hill, joined the drama department in 1968, becoming Dartmouth’s first tenured African American faculty member, remembers Lorna Hill as one of the most outstanding students her husband ever taught.

“Lorna always spoke up and was very determined to stick with theater,” says Grace Hill. “Looking at a picture of her, I can still see that spirit behind her, that forceful spirit, which kept her going.”

Following her graduation from Dartmouth with a BA in American intellectual history, Lorna Hill earned a master’s degree in 1978 from the University at Buffalo. That was also the year she founded the Ujima Company, a multi-ethnic and multicultural professional collective dedicated to preserving and performing African American theater, remaining at the helm until her death.

In 2012, in honor of Hill’s many accomplishments, the culminating recognition celebration for graduating seniors who identify as part of the Black community, formerly known as the Black Baccalaureate, was renamed the Lorna C. Hill ’73 Graduation and Awards Celebration.

“Losing Lorna Hill is a real blow to the American theater community,” says Dan Kotlowitz, the Leon E. Williams Professor of Theater. Hill’s example, he says, has helped to shape Dartmouth’s theater department, and her legacy will continue to inspire faculty and students.

“She was the start of a long line of strong Black women here who are doing incredible work right now,” Kotlowitz says.

One of these women is Associate Professor of Theater Monica White Ndounou. The immediate past president of the Black Theatre Association and founding executive director of The CRAFT Institute, Ndounou convened The CRAFT Institute’s International Black Theater Summit at Dartmouth in 2018, which is where she met Hill.

“When I found out she passed, I was really upset, because we had hoped to acknowledge her and her theater at the 2020 International Black Theatre Summit. She ran Ujima for 41 years. That’s a lifetime,” says Ndounou. “So much labor goes into founding and keeping a Black theater open, and one of the things I’m hoping is that her theater has all the support that they need for the longevity she imagined. I hope that her work will also draw attention to the multitude of Black theaters that are severely underfunded, and have been, historically.”

Despite her illness, Hill stayed involved in Ujima until her death, telling Dartmouth Alumni Magazine that she was “overseeing a project that converts a seven-minute play Ujima created called The Legacy of Lead—the story of a mother and her son, who is affected by lead exposure—into a feature film.”

Shanntina Moore, Ujima’s board president and a company member, says on the company website, “Honestly, a world without Lorna C. Hill is unimaginable. Yet, she gave us a vision to imagine and make real. Lorna’s spirit will never leave us, as we each carry her in our hearts.”

Asked in one of her last radio interviews why she founded Ujima, Hill answered, “I believed we—together—we were going to save our community. And I believed the only way that could be done is through collective work and responsibility. You act. You dance. You sing.”