Sandy McCulloch ’50: a Lifetime of Service to Dartmouth

The former chair of the Dartmouth Board of Trustees was a founder of the John Sloan Dickey Center for International Understanding. 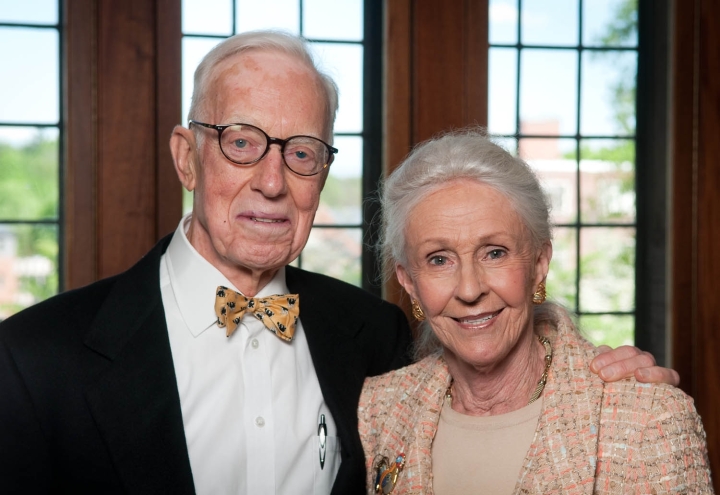 Norman “Sandy” McCulloch Jr. ’50, a lifelong champion for international studies at Dartmouth and a visionary College leader, died on Sunday, July 26, at the age of 94.

Sandy McCulloch served on the Dartmouth Board of Trustees from 1975 to 1988, the final three years as chair. As a volunteer leader in the alumni community, he became a close friend of John Sloan Dickey, who served as president of Dartmouth from 1945 to 1970. To honor the former president, McCulloch spearheaded the effort to establish the John Sloan Dickey Center for International Understanding, which seeks to focus collaborative, multidisciplinary research on complex global challenges.

McCulloch served as the inaugural chair of the Dickey Center Board of Visitors, a post he held for 31 years, and he remained active on the board as chair emeritus. He helped define the center’s programmatic scope, established a fund to support its operations, and endowed the center’s directorship.

“Sandy McCulloch was devoted to Dartmouth, understood her distinctions, and persistently, restlessly, devotedly aspired for her betterment,” says President Philip J. Hanlon ’77. "He championed Dartmouth’s singular educational model as a fusion of a best-in-class undergraduate college and premiere global research university, unwavering in his desire that we have impact on the world, and in turn be recognized the world over.