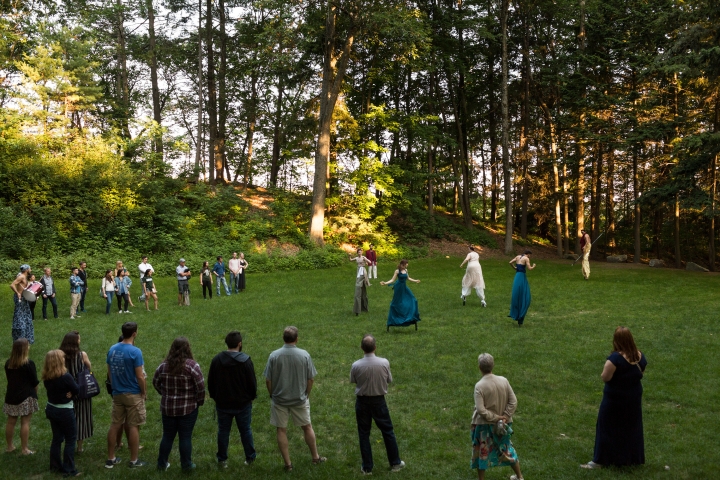 VoxFest, which normally brings alumni working in professional theater together with students enrolled in “Theater 65,” a hands-on summer course, is reinventing itself in the time of COVID-19.

Because of the pandemic, much travel is curtailed, and the Hopkins Center for the Arts has canceled live events through Aug. 31.

But here’s the good news: VoxFest funding is being redeployed to move events forward in enterprising and exciting new ways, says Matthew Cohn ’08, one of the festival’s founders, and now executive director.

“Since we’re not paying room and board, we’re able to invite many more artists and shows, and we’re actually able to offer the artists a nominal honorarium for participating,” says Cohn. “No theater artist is making any money right now, because all the theaters are closed. This is a modest amount of money, but it’s still money in artists’ pockets right now.”

Cohn says the other advantage of producing VoxFest online, rather than on stage, is that the roster of plays can be expanded, along with audiences, because “seating” in cyberspace is unlimited.

The 2020 lineup is, as always, daring and experimental, not just in content, but also in form, says Dan Kotlowitz, the Leon E. Williams Professor of Theater. “We have 20 alumni, 10 current students, and two professors involved in seven projects. And what a lot of people are thinking right now is, how do we do theater in this remote world? We’re really re-imagining our art at a very foundational level, both as a department and with our alumni working in the field.”

Three of those alumni have just stepped up into leadership roles, as Thom Pasculli ’05 and Kate Mulley ’05, two of the co-founders, step aside. Emma Orme ’15, a Brooklyn-based performer and producer with a focus on new theatrical work, is now the artistic producer. She’s in charge of casting and script consulting with the playwrights and actors, all working remotely to create or recreate shows for online viewing. Orme says VoxFest lit a spark for her several years ago, and she’s thrilled to be helping new plays take shape.

“As a student, I lucked out and got to be a part of a new musical, and that experience with VoxFest, in addition to ”Theater 65,“ was really my first exposure to new play development. I credit that class as the pivot point of my Dartmouth career, where I started to get a sense of where I wanted to live, professionally,” says Orme.

Nicolle Allen ’16, a tailor and costume designer based in New York City, is VoxFest’s other producer, with a focus on the technical side of projects—a challenging role as the production team, including students, figures out how to design costumes, configure sets, and select props for internet-based productions. Some students will also take on acting roles.

“Yes, this is all about producing new work, but because it’s part of a class, we are also very much concerned with the undergraduate experience and making sure that they get something valuable out of this,” says Allen.

Also coming via Zoom this summer, winning entries from the Frost and Dodd Student Play Competitions. On Aug. 7 there will be an original performance by Naomi Lam, ’21, Spaceship 99. On Aug. 8, the virtual curtain will rise on N.I.G.G.A. (For Black Boys and the Black Folk Who’ve Loved Them), by Armond Epps Dorsey ’20, about seven Black boys who enter a barbershop and learn lessons in manhood. Little Circles, by Savannah Miller ’21, is about a devoted mother, a violent outsider, a prodigal daughter, and a closeted son, all brought together by a global pandemic.

Voxfest runs through July 31. For a full schedule and links to performances, visit the website. 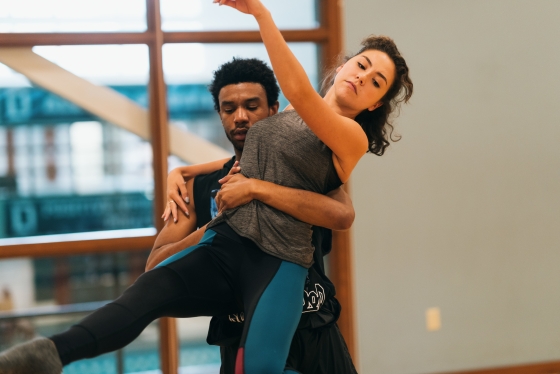