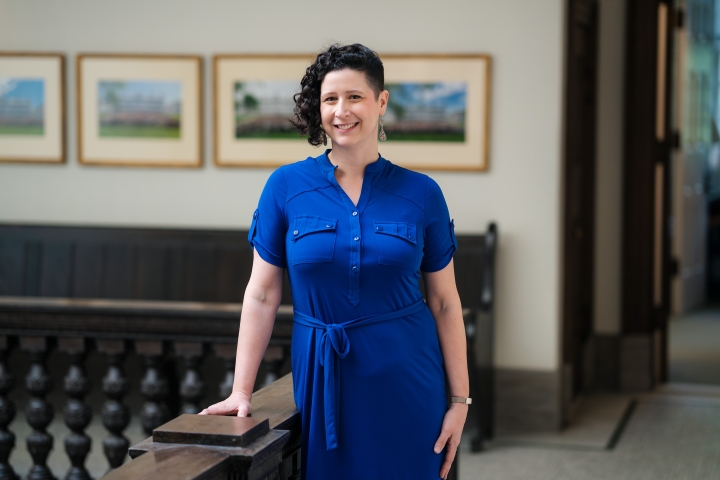 In response to new regulations issued by the U.S. Department of Education (DOE), Dartmouth’s Title IX office on Aug. 14 announced amendments to its sexual and gender misconduct policy and procedures. The changes come a year after Dartmouth unveiled the unified policy, which applies to all faculty, students, and staff.

The unified sexual and gender misconduct policy is only a year old. Can you give some context for why these changes are being implemented now?

Kristi Clemens: It feels a little like Groundhog Day—we spent the better part of last summer preparing for the rollout of our new sexual misconduct policy, and then we had to do it again. The background is that in 2017, with the change of administration in Washington, the DOE rescinded all earlier guidance on how to implement Title IX. We were rolled back to the 2001 guidance, which allowed colleges and universities to make a lot of their own decisions. In November 2018, the DOE released a notice of proposed rulemaking, which gave us a preview of what the department was thinking about in terms of Title IX requirements.

At the time, we were already revising our Dartmouth policies and procedures, based on Dartmouth’s Presidential Steering Committee on Sexual Misconduct’s recommendation that we have one policy that applies to faculty, students, and staff, with separate procedures for each group. So when we announced the unified policy last year, it was with some knowledge of what was coming down the pike. When the DOE’s final 2,000-page rule came out in May, that work actually put us in the position of having to do less heavy lifting compared to our peers, which was helpful.

We wanted to keep some elements really consistent. What has stayed the same is that we will continue to have one policy that applies to everybody, and three distinct procedures.

Our intake process remains the same: We conduct an initial assessment to see if the conduct rises to the level of a policy violation. Parties are still able to access supportive measures—that’s the language we’re required to use now, but in the past we’ve called them “accommodations” or “academic adjustments.” For students, that could look like more time on a test, or a housing accommodation. For all members of our community, it could be a no-contact order, for employees and faculty perhaps a change in their work environment or reporting lines. These measures are available to anyone who has reported to our office; you don’t have to be involved in a formal resolution process.

Another fundamental part of our process that will stay the same is that whenever we move to a new phase, we give parties notice and an opportunity to respond. And we will continue to use the “preponderance of the evidence” standard, which is the standard of evidence usually used in colleges and universities and in civil litigation. The DOE’s final rule gave colleges and universities the ability to use a higher standard, but for us, having the preponderance standard makes it more likely that people will access our resolution process.

What has fundamentally changed is the way the DOE defines prohibited conduct under Title IX. The DOE said colleges and universities are only required to respond to Title IX-prohibited conduct, which must meet three conditions: It must occur within the institution’s program or activity—while somebody is enrolled, in spaces owned or controlled by the college or a recognized student organization. It must be directed at a person within the United States. And it must be sexual assault, dating violence, domestic violence or stalking, as defined in Clery Act; quid pro quo harassment by an employee; or sexual harassment that is so unwelcome, objectively offensive, severe, and pervasive that it effectively denies access to the program or activity. That’s the legal definition for sexual harassment.

But that’s not the extent of the behavior Dartmouth’s policy is concerned with, right?

We don’t want to our community members to have to wait until a situation reaches the DOE’s high bar before we pay attention. We know that there are behaviors that fall outside of their definition, and what we do with everything else is basically up to us. So we’ve defined other prohibited conduct that encapsulates and encompasses the rest of that range of behavior—behavior in study abroad programs, sexual assault like groping or fondling that isn’t in the Clery Act definition, harassment that creates a hostile environment but not quid pro quo. I think most colleges and universities are going to take this approach. In our policy, the definition of sexual assault has three bullets. The first bullet is the DOE definition. The others are the Dartmouth definitions. So there’s Title IX-prohibited conduct, and the other two are Dartmouth-prohibited conduct.

How does this affect how complaints are resolved?

What’s new is that the Title IX-prohibited conduct requires live cross-examination for resolution. This is part of what people have worried about, because it’s really different; we typically don’t do live cross-examination in administrative hearings. But the cross-examination will be done by an adviser, not party-on-party. We’ll be training advisers and providing guardrails to maintain an expectation of decorum. If I’m a complainant, I write my questions down and give them to my adviser to ask of the other party. There’s also a neutral hearing coordinator in the room whose job is to evaluate questions. The adviser to a complainant might say, we want to ask the respondent this question, and the hearing coordinator determines in real time whether that’s appropriate or not.

Is cross-examination required to resolve Dartmouth-prohibited conduct as well?

No. If the conduct is Dartmouth-prohibited, as opposed to Title IX-prohibited, we’re not required to have that cross-examination element. Parties can submit written questions to the panel, but there’s no live participation. And that has always been an element of our process. What’s flagging it for people is that now we’re calling this process “written cross-examination.” Really, it’s been there all the time.

Those are the big procedural changes. The more nuanced changes are that we now require complainants to file a formal complaint—a signed document—before we can move forward to either a formal resolution like an investigation, or to an informal resolution, which is for people who don’t want to go through the full investigation and hearing process, but instead want the Title IX office to help broker some kind of informal resolution between the parties. One of the upsides is that I can’t take any action if I don’t have a signed formal complaint, so someone could talk at length with me about the issue without there being any automatic action, and that wasn’t always the case before.

What do you want the community to know about these changes?

I know that our community gets worried when there are any changes. My fear is that people might see this and think, “Every single thing that I might report will automatically have cross-examination and that’s going to be really hard and I’m not sure I want to engage.” So I want to stress that this is just one way that we might resolve your report. There are many other steps that we could take that don’t require a formal complaint that could still be helpful to you.

Our orientation is always, how can we help? And it’s the complainant’s decision. I encourage folks to continue to engage with our office and to ask questions. 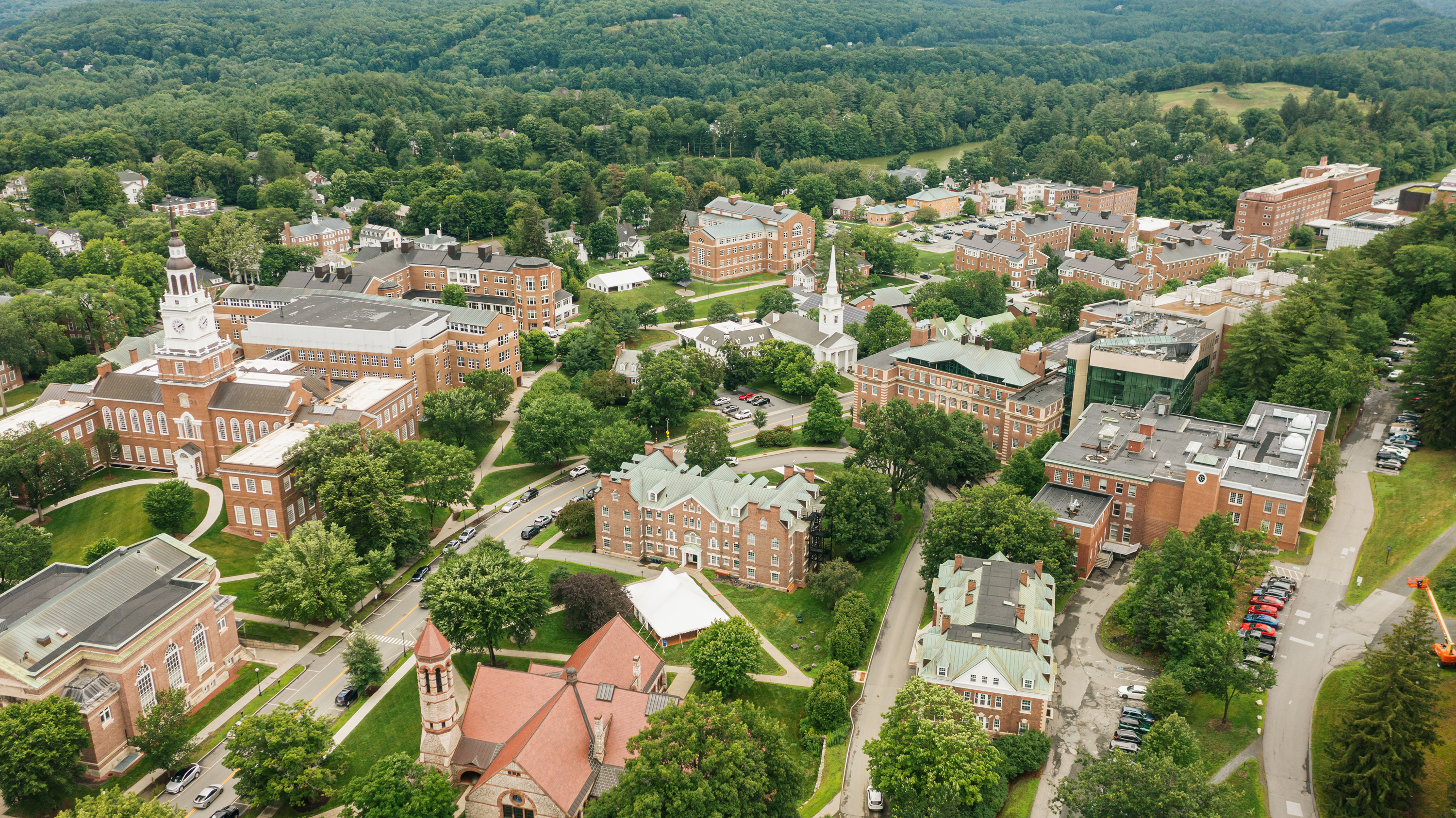