Human trials of the treatment are expected to begin later this year or in early 2021. 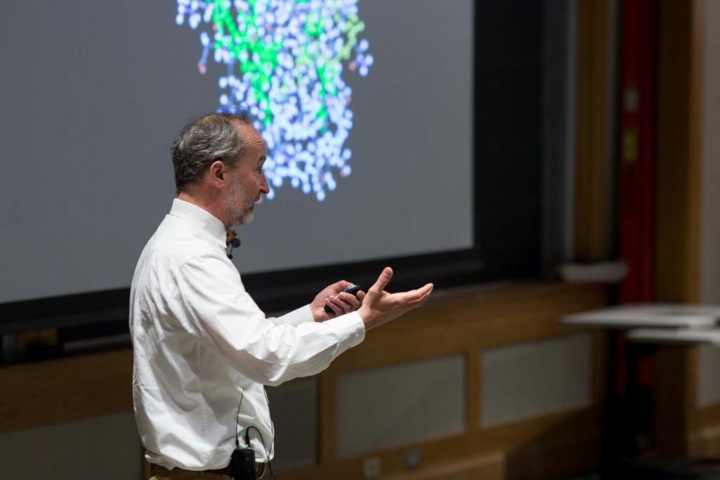 Dartmouth engineering professor and biotechnology entrepreneur Tillman Gerngross has raised $50 million in venture capital for his newest company, Adagio Therapeutics, to begin clinical trials of antibodies engineered to protect against SARS-CoV-2. Gerngross believes human trials of the treatment will begin in late 2020 or early 2021.

A team at Adagio began looking for neutralizing antibodies against SARS-CoV-2 in March, and by spring, they “knew we had something really special,” says Gerngross, who is co-founder and CEO of both Adagio and its parent company Adimab, the industry leader in translating target hypotheses into therapeutically relevant antibody drugs, according to its website.

Adagio is working on broad neutralization to prevent against similar outbreaks in the future, he says. Its goal is to develop a biannual injection that would protect against sarbecoviruses, a group of viruses that includes SARS-CoV-2.

“Coronaviruses have been spilling over into the human population now in three documented cases over the past 20 years. There is no reason to believe that the spillover is going to end,” Gerngross says.