Vanderlust: Alumna and Her Family Reflect on Ultimate Road Trip

The couple had intended the trip to be an 18-month sabbatical from their careers. 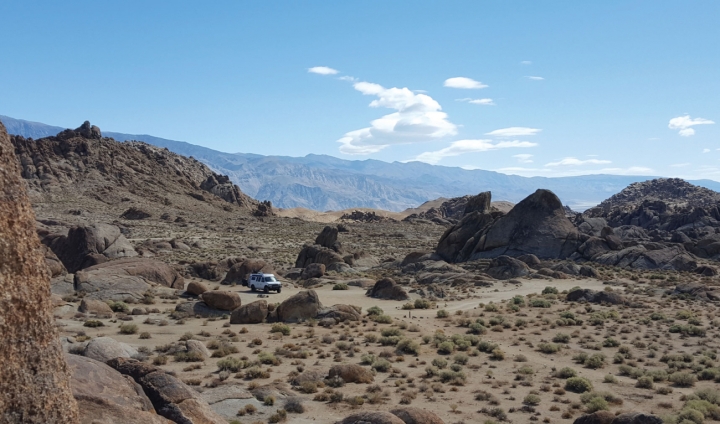 Mary Hollendoner ’98 and her family embarked on the ultimate road trip nearly three years ago. They made an early stop in the Alabama Hills of California’s Sierra Nevada. (Photo courtesy of Dartmouth Alumni Magazine)
8/31/2020
Body

Crossing a border in South America with a U.S. vehicle can be unusually complicated, says Mary Hollendoner ’98. In the past few years she has crossed quite a few of them with her husband, John Stanfield, and daughter Lilly, who is now 9.

Hollendoner and Stanfield intended the trip to be an 18-month sabbatical from their careers in Silicon Valley, where she worked in operations for Google and he was the cofounder of a transportation startup that was acquired by Zipcar. The couple had experienced overlanding, or van camping, in Australia during their honeymoon and decided that was what they wanted to do again to spend more time outdoors. They budgeted 12 to 18 months at approximately $75 per day to drive down the Pan American Highway, from their home to the bottom of Argentina.

In September 2017—after quitting their jobs, selling most of their belongings, and renting out their house in Mountain View, California—they officially moved into the Ford, dubbed “Vancito.”