The schedule also includes performances and conversations with filmmakers. 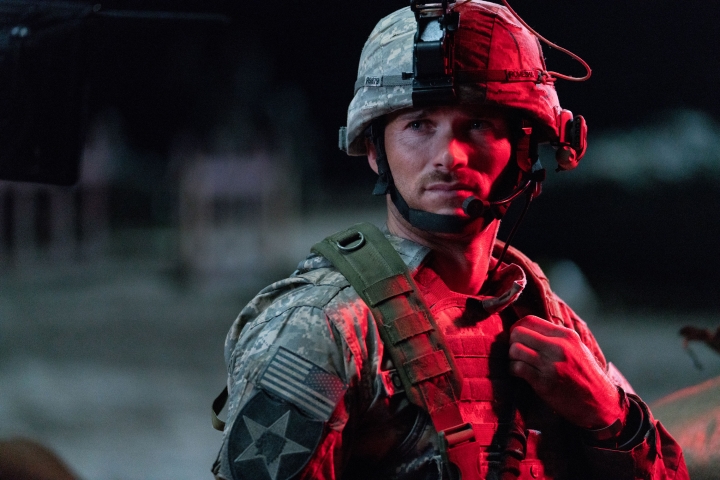 The Outpost, based on the book The Outpost: An Untold Story of American Valor by CNN anchor Jake Tapper ’91, will be available on demand Sept. 24 through 30. (Photo courtesy of the Hopkins Center for the Arts)
9/17/2020
Body

A slate of virtual arts events at the Hopkins Center for the Arts this fall includes performances, conversations with filmmakers, and an on-demand film series, all designed to inspire participants and promote community at a time when actual theatergoing is on pause.

A fireside chat with comedian and social critic Trevor Noah—open only to Hop members and Dartmouth students, faculty, and staff—is also planned.

“The event is unique in that it was conceived of as a community-centric experience in a time when it’s hard to create shared moments among students and employees,” said Michael Bodel, the Hop’s director of external affairs.

The online conversation with Noah, host of The Daily Show, is set for 8 p.m. on Sept. 22. Noah will field questions from the Dartmouth house communities and discuss the state of our nation. He’ll also talk about how the Dartmouth community can rise to the challenge of this moment and pursue racial justice. The event is being presented in partnership with the Montgomery Fellows Program. To RSVP, go to the Hop’s website.

Films for the Small Screen

The six-week Hop@Home film series, which kicks off today, runs the gamut from adventure to drama to horror. But most of the films share a common theme.

“They are portrayals of courageous people dealing with a challenging moment, but are nevertheless somewhat optimistic,” says Sydney Stowe, director of Hopkins Center Film.

The series opens with Bacurau, a thriller about inequality and prejudice set in rural Brazil, and the Women’s Adventure Film Tour, which will both be available for viewing through Sept. 23.

The hope is that viewers will connect to talk about the films and tune in for related live conversations, and pre-recorded Q&As, with filmmakers. With Hop@Home films, “we’re trying to use film as a way to still bring people together, even though we’re physically isolated,” says Bodel.

Every Thursday, two movies will “open” for a weeklong run, during which they will be available on-demand. Viewers will buy tickets on the Hop website and receive secure links to connect to the films through an online portal. (The website also includes contact information for anyone who needs help accessing the films.) Tickets are free for Dartmouth students and Hop members; $5 for Dartmouth faculty and staff; and $8 for the public.

The on-demand format was chosen to accommodate people’s viewing habits, so they can watch at any time of day, Bodel says. Nonetheless, “We’re not trying to be Netflix. These are really selective, two films a week.”

Stowe compares the series to a staff-recommendations list at a bookstore.

“We hope that if people see them on our slate, they will give us, and the films, a try,” she said. “We’re actually saying, yeah, we know there are 7,000 things out there to watch, but we really recommend these.” 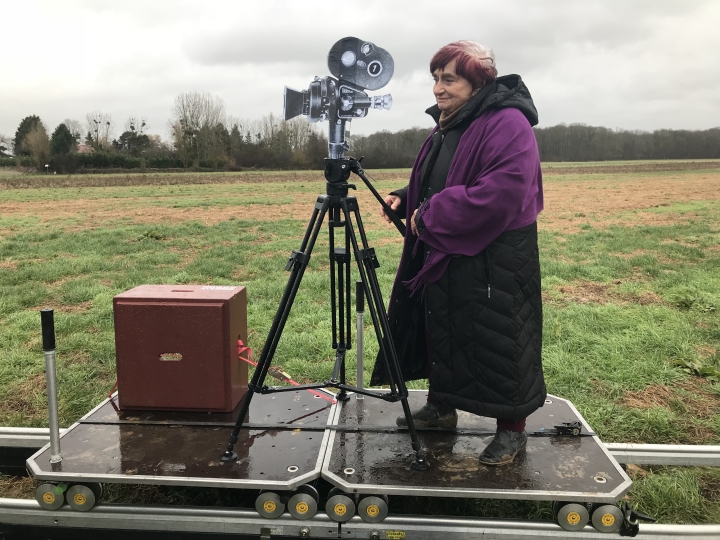 Varda by Agnes will be available on demand Oct. 15 through 21. (Photo courtesy of the Hopkins Center for the Arts)

The fall lineup includes short films from the Sundance Film Festival and Varda by Agnes, the final film by late Belgian-born French film director Agnes Varda, which screened at last year’s Telluride festival. It also features a number of full-length documentaries, including A Home Called Nebraska, which tells the story of refugees who resettled in the state, and Ernie and Joe: Crisis Cops, named for two police officers in El Paso who are revolutionizing the way law-enforcement professionals respond to mental-health calls.

Most of the titles have a connection to Dartmouth, either by way of faculty members or alumni or a course being offered this term, Bodel says. “Hop film is always about using film as a way to enrich the broader Dartmouth curriculum and connect with other themes and ideas that are at play across campus.”

Hop Film’s tradition of hosting live chats with filmmakers and film scholars continues this fall in an online format that debuted last spring. The #SmallScreenFun events are broadcast on the Hop’s YouTube channel. The first of the fall discussions will take place tonight at 8. Oscar-winning animators Phil Lord ’97 & Chris Miller ’97, creators of Spider-Man: Into the Spider-verse and The Lego Movie, will share tales from Hollywood with Dartmouth student filmmakers.

On Sept. 24, CNN news anchor Jake Tapper ’91 will discuss The Outpost, a film released in July that is based on his 2012 bestseller about a battle in Afghanistan. The film will be available through the Hop portal from Sept. 24 through 30. The talk will be co-hosted by The Nelson A. Rockefeller Center.

And a live conversation on Oct. 20 will feature Joe Smarro, one of the police officers from Ernie and Joe: Crisis Cops.