A series of events is being coordinated by the Native American Program. 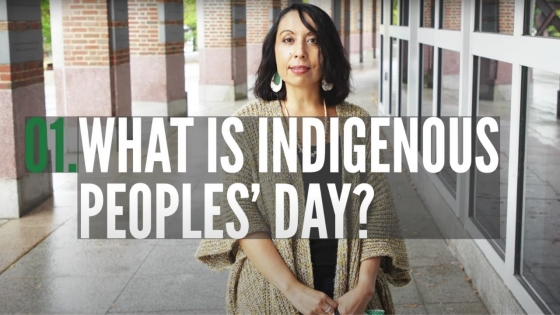 This year’s celebration of Indigenous Peoples Month features more than a dozen events related to indigenous health. The series—Indigenous Health Sovereignty: The Duality of Science and Traditional Knowledge—is being coordinated by the Native American Program.

The theme recognizes that “for a good portion of history,” Indigenous people have not always had access to good healthcare, says Sarah Palacios, the Native American Program’s director.

In addition to activities organized by the Native American Program, the series also incorporates programs sponsored by other campus partners, including Native Americans at Dartmouth , Hopkins Center for the Arts, and the Hood Museum of Art.

It continues on October 12 with these events:

While Indigenous people are doing amazing work in science and technology, their lack of representation in the media makes it difficult to see their contributions, Palacios says. Their involvement in medicine and other STEM fields is “vital,” allowing for diverse viewpoints and promoting the understanding that far more research is needed about Indigenous peoples’ health concerns.

A mask-making workshop by Abbi Fitzpatrick ’22 and Raymond-Overstreet this afternoon explored the science behind how masks protect wearers from illness. (To access the video recording, email the Native American Program.)

During the pandemic, some well-known Indigenous artists have been incorporating masks into their work, and various tribes have worked individually and collectively to promote mask wearing, Palacios says. And those efforts should be celebrated.

There is such a value in seeing masks used by “people who are like you,” she says. “And really feeling like it is something that has been indigenized.”

Indigenous Peoples Month events will continue through mid-November. The complete schedule is available on the Native American Program website.