“The data is the legacy,” says Professor of Engineering Donald Perovich. 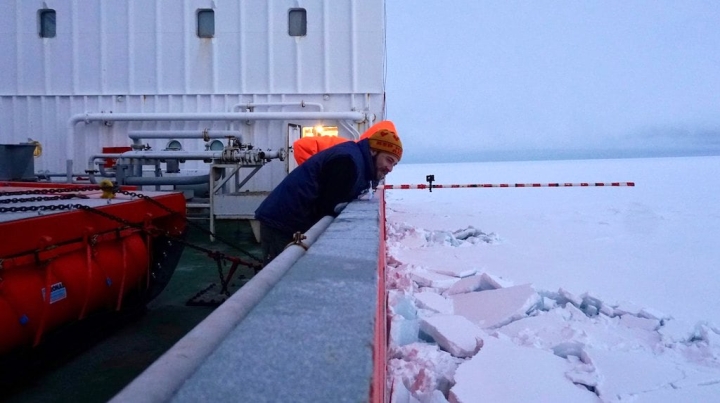 After more than a year in the central Arctic, the research icebreaker Polarstern returned to its homeport in Bremerhaven, Germany, on Oct. 12, marking the end of the record-breaking Multidisciplinary drifting Observatory for the Study of Arctic Climate (MOSAiC) expedition.

Never before had an icebreaker ventured so far north during the Arctic winter, and never before has an international team of researchers comprehensively gathered such urgently needed climate data in the region of the world hardest hit by climate change.

Even as the last leg of MOSAiC concluded, researchers, including a team of Dartmouth engineers, had begun the next phase: analyzing and interpreting the approximately 100 terabytes of data produced, which could take a decade or more.

“The data is the legacy. This data set will be used by scientists for years and decades to come, so that’s really pretty exciting,” says Dartmouth’s Professor of Engineering Donald Perovich, co-lead for MOSAiC’s sea ice team and a member of the MOSAiC Project Board.