Search Begins for Director of the Dickey Center 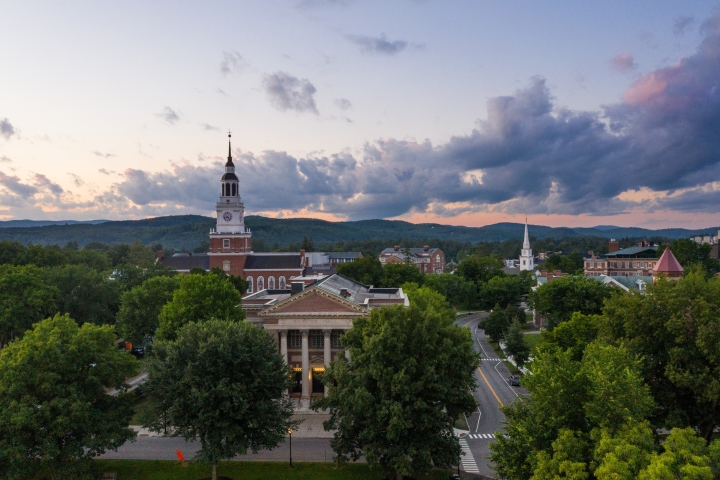 A search is underway for the next director of the John Sloan Dickey Center for International Understanding.

The search follows the departure this past spring of Daniel Benjamin, a former ambassador-at-large and coordinator for counterterrorism at the U.S. State Department, who left Dartmouth after more than seven years as director of the Dickey Center to become president of the American Academy in Berlin. Christianne Hardy, who had served as special assistant to President Philip J. Hanlon ’77, is serving as the center’s interim director. Hardy had previously served as the center’s director.

“We are excited to find just the right person to take on this important role,” says Jonathan Smolin, the Jane and Raphael Bernstein Professor in Asian Studies, who is chairing the search committee. “The Dickey Center is a crucial part of intellectual life at Dartmouth, bringing together people from across campus to engage deeply in global issues of paramount importance, from the environment to international relations.”

The center’s programs address five areas: environment, gender, health, human development, and security. The center is home to the Institute of Arctic Studies and the Global Health Initiative and hosts the Great Issues Scholars and War and Peace Fellows.

Forums have been scheduled to solicit input from faculty members and students about how Dickey’s next director can support the needs of Dartmouth’s interdisciplinary programs in global understanding. The faculty forum is set for Oct. 12, from 4:30-5:30 p.m. Students can participate in a forum on Oct. 14, from 4:30 to 5:30 p.m. (Click the links to attend the sessions.)

The Russell Reynolds Associates search firm will work with the committee. The search committee will make a hiring recommendation to Provost Joseph Helble. The new director will be appointed for a five-year term.

Established in 1982, the Dickey Center was dedicated to the memory and values of John Sloan Dickey ’29, Dartmouth’s president from 1945 to 1970. Before leading Dartmouth, Dickey had served in a number of posts in the federal government including as special assistant to the secretary of state and director of the State Department’s Office of Public Affairs. Following his Dartmouth tenure, Dickey served on President Truman’s 1947 Committee on Civil Rights and as consultant on disarmament to Secretary of State Dean Acheson.

Description
Peter Tse ’84, a professor of psychological and brain sciences, is featured in an article about our perception of time.
NPR
Quoted
Quote