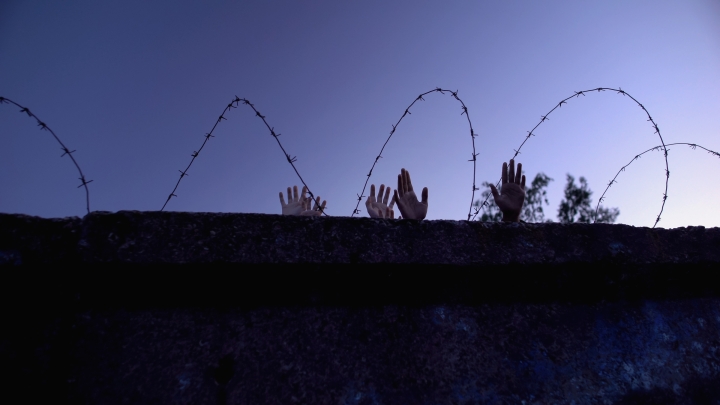 Research co-authored by Lecturer Danielle Poole, a Neukom Fellow in the Department of Geography, found that the majority of the 16,300 forced migrant deaths recorded from 2012 through 2018 occurred in 12 locations around the world.

Identifying the international borders and the regions where the majority of those fleeing conflict and humanitarian crises died during that time period “is urgently needed to inform preventative policies and humanitarian response,” the researchers wrote in their paper, which was published in BMJ Global Health.

The Dartmouth-led research analyzed data from the International Organization for Migration to identify the top five locations of forced migrant deaths per year from 2014 through 2018. Deaths at sea topped the list every year, accounting for a total of more than 5,800 deaths over all five years.

“The places where forced migrant deaths are occurring are not exactly making it into the news,” says Poole, the lead author of the study. “In addition to the US and Mexico, Libya, Sudan, Mozambique, Uganda, and Malaysia also made the list of locations on land with the highest number of forced migrant deaths.”

The results can be used to help inform immigration and humanitarian policies that could help save lives and potentially reverse the death trends, the paper states.

“If our findings were to be combined with a real-time analysis of migration patterns, this could provide insight into where clusters of forced migrant deaths may occur in the future,” says Poole. “Identifying some of the similarities where forced migrant deaths are occurring, in the meantime, allows us to monitor and better respond to migration areas that are especially hazardous.”