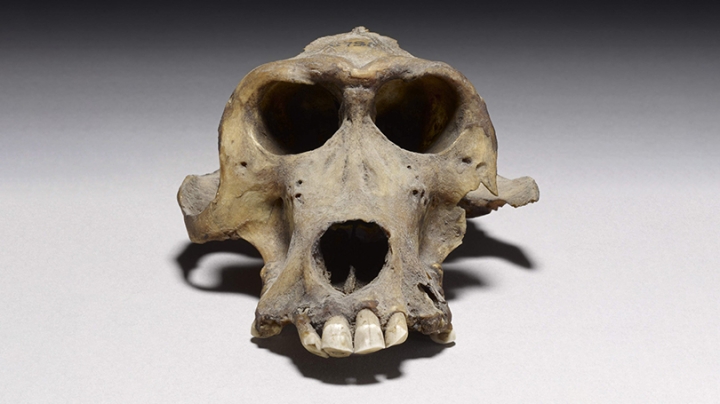 Egyptian mummified baboons may help unlock secrets of a lost civilization known as the Land of Punt, according to a new study by Nathaniel Dominy, the Charles Hansen Professor of Anthropology, and a team of researchers, including primatologists, Egyptologists, geographers, and geochemists.

The study, published in eLife, traced the geographic origins of ancient Egyptian mummified baboons by examining elements found in the baboons’ bones, hair, and teeth, pinpointing the source of the animals in an area that includes the modern-day countries of Ethiopia, Eritrea, Djibouti, Somalia, and Yemen. This, the researchers say, provides new insight into Punt’s location.

“Many scholars view trade between Egypt and Punt as the first long maritime step in a trade network known as the spice route, which would go on to shape geopolitical fortunes for millennia,” says Dominy, who is the lead author on the study. “Punt was central to the rise of maritime commerce, so determining its location is important.”

The research focused on mummified baboons from the New Kingdom period (1550-1069 B.C.), available in the British Museum, and specimens from the Ptolemaic period (305-330 B.C.), available in the Petrie Museum of Egyptian Archaeology at University College London. The specimens featured two species of baboons, Papio hamadryas (the sacred baboon) and Papio anubis (the olive baboon). The team measured strontium and oxygen isotope compositions and used a method called isotopic mapping to estimate the geographic origins of specimens recovered from the New Kingdom and Ptolemaic sites in Egypt. The team compared the data with that from 155 baboons from 77 locations across eastern Africa and southern Arabia, encompassing every hypothesized location for Punt.

Strontium is a chemical element that is found in bedrock, which is specific to a geographic location. As strontium erodes, its composition is absorbed into the soil and water and enters the food web. As animals drink the water and eat the plants, their teeth reflect where they have lived in the past, and their hair and bones reflect where they have lived most recently. Oxygen compositions (specifically, isotopes) of water can also vary by geographic location but the researchers found data from the specimens in this category were inconclusive, and only reflected values specific to Egypt.

“For over 150 years, Punt has been a geographic mystery. Our analysis is the first to show how mummified baboons can be used to inform this enduring debate.”

The study was co-authored by Lecturer Jonathan Chipman and Gillian Moritz, Guarini ’15, at Dartmouth; Professor Salima Ikram at American University in Cairo; Professor Paul Koch at the University of California in Santa Cruz; and John Christensen and Patrick Wheatley at Lawrence Berkeley National Laboratory.