The award is designed to prepare college graduates for the U.S. foreign service. 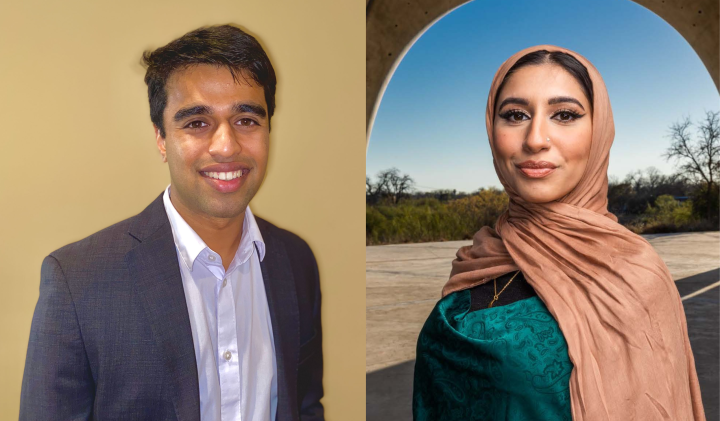 The fellowship, funded by the U.S. Department of State and managed by Howard University’s Ralph J. Bunche International Affairs Center, pays for a two-year master’s degree program in a foreign policy-related field and provides internship, mentorship, and other opportunities designed to prepare students for careers in the U.S. Foreign Service.

“I am incredibly excited and humbled to receive the Pickering Fellowship,” says Basu, a double-major in government and Asian societies, cultures, and languages from Cincinnati, Ohio. “My parents immigrated to this country a little over 20 years ago and have worked hard to preserve our South Asian roots while making a new life as Americans. To be able to pursue a career in international affairs and hopefully deepen existing ties between the region and the U.S. is a great honor.”

An analyst at the Washington, D.C.-based advisory service firm Atlas Organization, Basu decided to pursue a career in foreign service after an internship on the State Department’s Pakistan desk, funded by the Rockefeller Center for Public Policy and the Social Sciences.

“The foreign service to me represents the best ideals of our commitment to international peace, and I wanted to play a part in this greater process,” he says. “I hope to become a leading expert on South Asia and help craft thoughtful U.S. foreign policy that promotes peace and development abroad and at home.”

As an undergraduate, Basu traveled to Qatar with the Dickey Center for International Understanding’s War and Peace Fellows Program; spent terms in France on a language study abroad program and in Washington, D.C., with the government department’s domestic study program; and studied Hindi and Urdu in India on a Boren Scholarship during his senior year—experiences, he says, that “were instrumental in helping bridge my academic interests and my professional experiences.”

Among his Dartmouth activities, he served as a student leader for the Rockefeller Global Leadership Program, working with staff to develop a curriculum to promote cross-cultural dialogue and fluency. “Looking back now, these are exactly the skills and attributes needed to be a successful diplomat,” he says. “I learned so much from my peers and felt like I was making a positive contribution in our ability to have difficult conversations.”

He credits Dartmouth with giving him “an academic home for my questions about my identity and my place in the world.”

“My professors helped me become a clear and succinct communicator of my own original ideas,” he says. “There are many long conversations with professors that helped me to narrow and focus my interests to international security and South Asia, interests that I then worked hard to build a comparative advantage in.”

“Soham is truly a young scholar in the nation’s and the world’s service,” says Herschel Nachlis, a research assistant professor of government. “Soham represents Dartmouth at its very best, as both a thinker and a public servant. He will do great things for our country and world, and, by honing the skills that the Pickering Fellowship cultivates, will become an even more informed and skilled public servant. It is hard to think of a student who is a better fit for this fellowship, and for whom the fellowship is a more appropriate next step.”

Growing up in San Antonio, Razzaque thought she would pursue a career in medicine. “I didn’t even know about careers in politics or government, or what diplomacy was,” she says.

But early in her Dartmouth career, she found herself interested in too many areas to commit to a single major. So she set out to create her own—a special major in women’s health in the Middle East, North Africa, and South Asia. In addition, she is completing a second major, in Middle Eastern studies.

And the more she learned about the Pickering Fellowship and the foreign service, the more she felt called to pursue it. “Diplomacy is everything that I ever wanted, and I didn’t think something like that would exist for me or existed in this world,” she says. “I was like, ‘OK, I can see this being my life.’”

Razzaque, the daughter of Pakistani immigrants, describes herself “a huge language nerd”—she speaks six languages, including English, Urdu, Punjabi, Hindi, Arabic, and Moroccan Arabic, and is learning Bangla and Spanish.

At Dartmouth, she has been a Stamps Scholar, through which she was able to conduct archival research in the U.K. and Ireland. She traveled to Morocco with the Middle Eastern Studies program’s Arabic language study abroad program. As a presidential scholar, she was a research assistant for Assistant Professor of Religion Zahra Ayubi. She has also been a War and Peace Fellow, a Great Issues Scholar, and a Global Health Studies Fellow with the Dickey Center, and is student director of internships at the Center for Social Impact.

She is currently completing a senior honors thesis on how the lived experiences of Muslim-American women have been impacted by COVID-19.

Among her many non-academic Dartmouth activities, Razzaque says she’s proudest of her work with the Muslim Student Association, of which she is the current president. As a delegate of the Halal Taskforce, she and her peers successfully helped advocate for food accessibility options at Dartmouth which have resulted in a new Halal food station for Muslim students. She has also been an undergraduate adviser for the French, Italian, and Arabic Living Learning Communities and co-chairs the Advocacy for Marginalized Communities Committee as one of 15 selected delegates for Palaeopitus.

“Ameena is an incredible scholar,” says Patricia Lopez, an assistant professor of geography. “She brings her heart and soul into her work in a way that radiates and emanates out to the reader. I am truly excited to see where this path takes her—she has so much to offer the world. She has forged her own path every step of the way. This is such a well-deserved honor.”

As a Pickering Fellow, Razzaque plans to continue her studies with a focus on refugee and migration policy, health policy, and human rights.

“I’m absolutely ecstatic,” she says. “It takes a village to have accomplishments like this, so I really appreciate all of my mentors and family and everyone along the way. I’m happy to share this joy with them.”