The role oversees OPAL, NAP, and the Tucker Center. 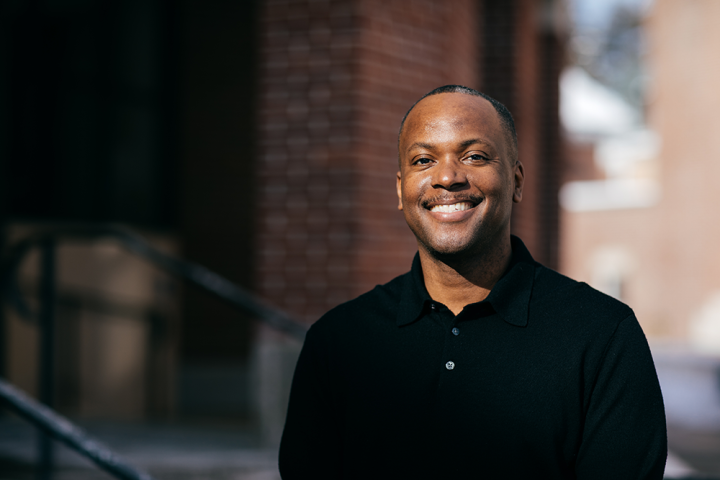 Bryant Ford, associate director of the Counseling Center, has been named associate dean for community life and inclusivity, Dean of the College Kathryn Lively has announced.

In the role, which he began on Jan. 1, Ford oversees the Office of Pluralism and Leadership (OPAL), the Native American Program (NAP), the William Jewett Tucker Center for Spiritual and Ethical Life, and inclusivity and professional development initiatives within the Office of Student Affairs.

“As associate dean, Bryant will play a key role in our work to help students of all backgrounds and identities find ways to thrive at Dartmouth,” Lively says. “Bryant’s commitment to diversity, inclusion, and student wellness—as well as his deep expertise as a mental health clinician serving undergraduates—is already making him an invaluable addition to the student affairs team.”

The leaders of OPAL, NAP, and Tucker are “talented professionals,” Ford says.

“I look forward to working and learning from them, and also to being able to steward their concerns to senior leadership, and I want people to know how hard the staff work to support students,” he says. “I feel honored to be asked to take on this role, and I see myself as here to try to do as much good work as I can.”

After completing a predoctoral clinical internship at Michigan State University and earning his PhD in counseling from the University of Wisconsin, Ford began his career as a staff counselor at the Dartmouth College Health Service in 1999. His interests included clinical supervision, multicultural counseling, racial equity in health care, alcohol and other drug use, identity development, eating disorders, and sexual violence and abuse.

In 2012, he served as associate dean for health and wellness at the Maryland Institute College of Art, where he oversaw the campus wellness center; developed health promotion initiatives; collaborated with campus colleagues on student development, learning, and retention initiatives; and coordinated programming with the Office of Intercultural Development and Inclusion. He returned to Dartmouth in 2013.

As he begins his new role as associate dean, Ford hopes to launch a student advisory board to inform his work.

“I want to hear from as diverse of a cross-section of students as possible about campus climate and the ways in which they see themselves represented within the Dartmouth culture,” he says. “I see that information informing how we can support them.”