Did Woolly Mammoths Overlap With First Humans in New England? 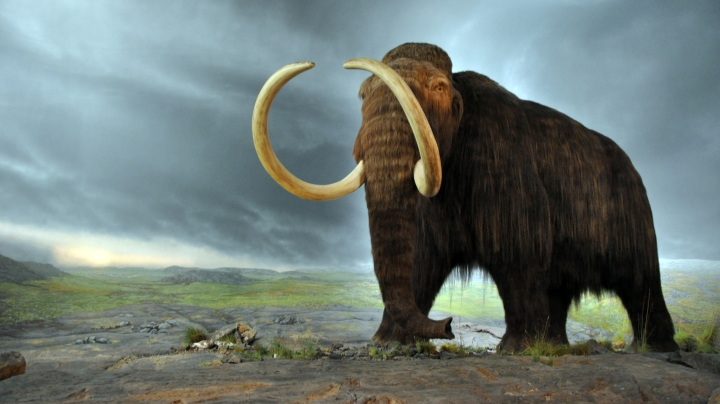 Replica of a woolly mammoth (Mammuthus primigenius) in the Royal BC Museum in Victoria, British Columbia, Canada. The display is from 1979 and the fur is muskox hair. (Image by Flying Puffin, Creative Commons Attribution-ShareAlike 2.0 Generic license – cropped from original)
3/03/2021
Body

Woolly mammoths may have walked the landscape at the same time as the earliest humans in what is now New England, according to a Dartmouth study published in Boreas. Through the radiocarbon dating of a rib fragment from the Mount Holly mammoth from Mount Holly, Vt., the researchers learned that this mammoth existed some 12,800 years ago. The humans in the Northeast are thought to have arrived around the same time.

“It has long been thought that megafauna and humans in New England did not overlap in time and space and that it was probably ultimately environmental change that led to the extinction of these animals in the region, but our research provides some of the first evidence that they may have actually co-existed,” says co-author Nathaniel Kitchel, the Robert A. 1925 and Catherine L. McKennan Postdoctoral Fellow in anthropology.

The Mount Holly mammoth, Vermont’s state terrestrial fossil, was discovered in the summer of 1848 in the Green Mountains during the construction of the Burlington and Rutland railroad lines. One molar, two tusks, and an unknown number of bones were excavated from a hilltop bog near Mount Holly. Over time, the specimens became scattered across several repositories, as they transferred from one collection to the next. A rib fragment from the Mount Holly mammoth became part of the Hood Museum of Art’s collection, and some of the other skeletal materials are now housed at the Museum of Comparative Zoology at Harvard University and the Mount Holly Historical Museum.

Kitchel stumbled across the Mount Holly mammoth rib fragment last December at the Hood Museum’s offsite storage facility, as curators had invited him to take a look at some of their artifacts from New Hampshire and Vermont. He came across a large bone (approximately 30 cm. long) that was stained brown in color from age. He had a hunch that this was the remains of a mammoth and when he looked down at the tag, it read, “Rib of fossil elephant. Mt. Holly R.R. cut. Presented by Wm. A. Bacon Esq. Ludlow VT.” This was serendipitous for Kitchel, as he had recently delivered a talk at Mount Holly’s Historical Museum for which he had read up on the Mount Holly mammoth.

To appreciate the significance of the Mount Holly mammoth remains, including the rib fragment, it is helpful to understand the paleontology of the Northeast. During the Last Glacial Maximum around 18,000 to 19,000 years ago, when glaciers were at their maximum extent, the ice began to retreat, gradually exposing what is now called New England. During that period, it is likely that the glaciers probably sufficiently ripped up whatever soil might have been preserving fossils, reducing the likelihood of fossils remaining intact. These changes, combined with the Northeast’s naturally acidic soils, created inhospitable conditions for the preservation of fossils. While Kitchel had discussed the complicated paleontology of the Northeast in the past with colleague and co-author Jeremy DeSilva, an associate professor of anthropology, he never thought that he would have an opportunity to work on it. 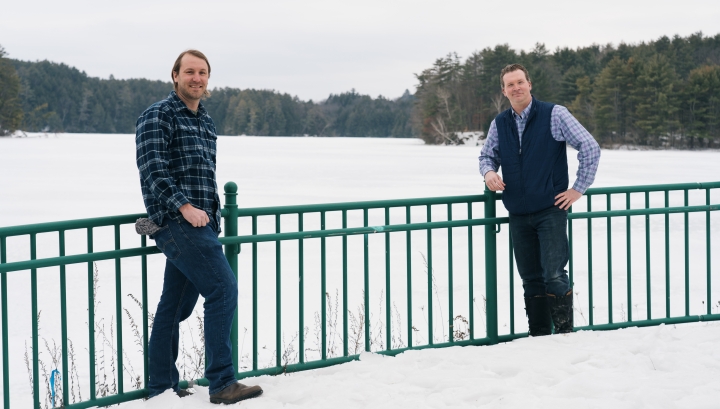 After seeing this mammoth material in the Hood’s collection, Kitchel and DeSilva decided to obtain a radiocarbon date of the fragmentary rib bone. They took a 3D scan of the material prior to taking a small (1 gram) sample from the broken end of the rib bone. The sample was then sent out to the Center for Applied Isotope Studies at the University of Georgia for radiocarbon dating and a stable istotopic analysis. 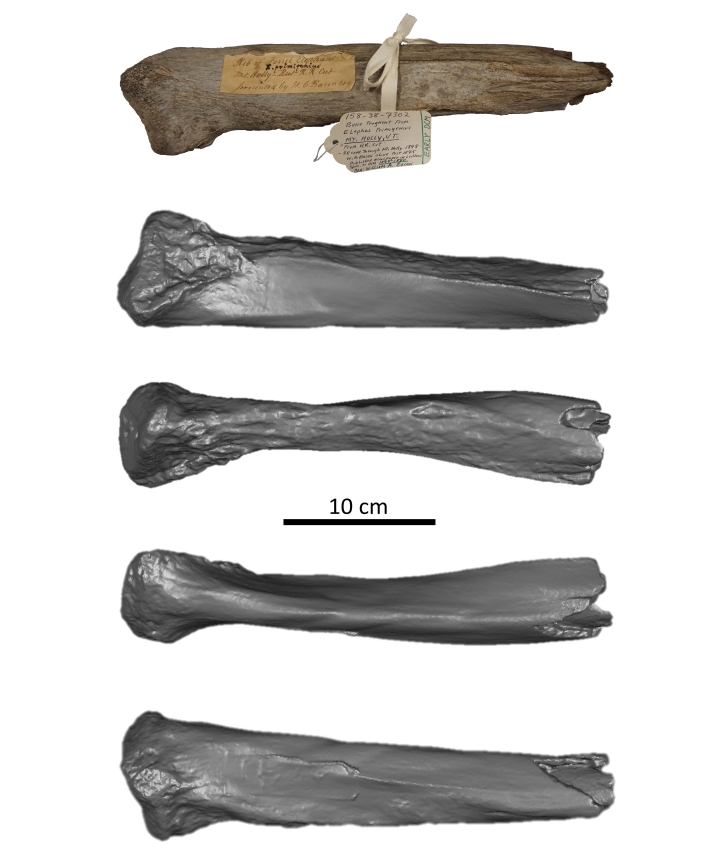 Photograph showing the affixed tags and 3D model of the Mount Holly mammoth rib fragment housed at the Hood Museum of Art. (Image by Nathaniel R. Kitchel and Jeremy DeSilva.)

Radiocarbon dating enables researchers to determine how long an organism has been dead based on its concentration of carbon-14, a radioactive isotope that decays over time. Stable isotopes however, are isotopes that do not decay over time, which provide a snapshot of what was absorbed into the animal’s body when it was alive. Nitrogen isotopes can be used to analyze the protein composition of an animal’s diet. The nitrogen isotopes of the Mount Holly mammoth revealed low values in comparison to that of other recorded mammoths globally while also reflecting the lowest value recorded in the Northeast for a mammoth. The low nitrogen values could have been the result of these mega-herbivores having to consume alder or lichens (nitrogen-fixing species) during the last glacial period, when the landscape was denser due to climate warming.

“The Mount Holly mammoth was one of the last known occurring mammoths in the Northeast,” says DeSilva. “While our findings show that there was a temporal overlap between mammoths and humans, this doesn’t necessarily mean that people saw these animals or had anything to do with their death but it raises the possibility now that maybe they did.”

The radiocarbon date for the Mount Holly mammoth overlaps with the accepted age of when humans may have initially settled in the region, which is thought to have occurred during the start of the Younger Dryas, a final pulse of glacial cold before temperatures warmed dramatically, marking the end of the Pleistocene (Ice Age).

While other research on mammoths in the Midwest suggests that humans hunted these animals and buried them in lakes and bogs to preserve the meat, there’s little evidence that early humans in New England hunted or scavenged the animals.

The researchers are intrigued by the Mount Holly mammoth. The rest of its rib and other bones could be waiting to be discovered. Or, through time, they could have broken apart, dissolved in the acidic soil, or a scavenger could have run off with the bones. There are still a lot of unknowns, but the team has already begun further research using modern and more sophisticated archaeological techniques to explore what may still be underground at Mount Holly.